Today, we’re not recipients of utopian visions. Rather, we’re told we must sacrifice our sovereignty in order to lose more of it. 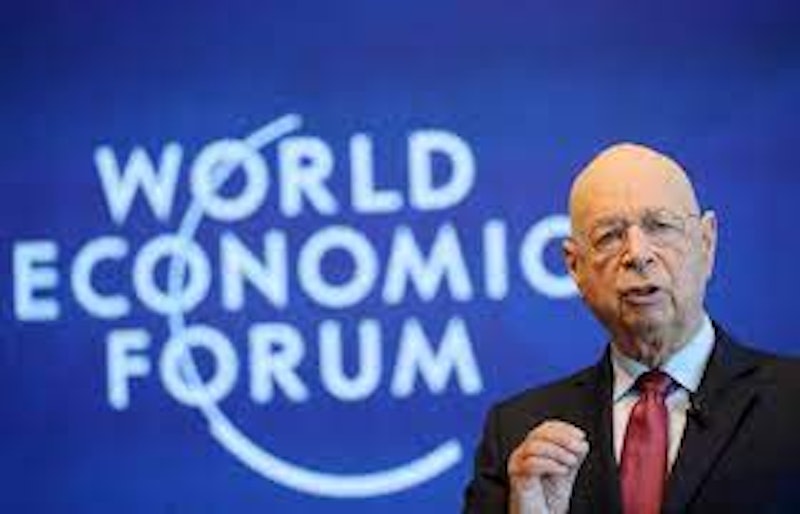 Twitter’s usually a place of filth, anger, and generalized bullshit. But there are still those who contribute to the order of things rather than enjoying the chaos. Novelist and essayist Walter Kirn’s presence on Twitter is welcomed in the midst of this nonsense. Instead of contributing to the growth of the nihilistic echo chamber, Kirn is a superb observer of humanity and all its foibles, not to mention its rage, hatred, and darkness.

In a recent tweet, Kirn wrote: “At least the old 20th century utopians provided graphic renditions of the glorious future they were selling. Corny paintings of burly, happy workers, rosy-cheeked children, strong women in factories. With this new crew, though, nothing. Can their ideals not be pictured?” I’ve been thinking and writing about similar, if not the same question, especially since Covid was dumped onto the world.

One doesn’t have to experience an extreme totalitarian regime to know and understand that all authoritarian regimes begin with the promise of something good and beautiful. This is especially true of Communism, which was supposed to unite all the workers of the world, creating “brotherhood and unity” (as we called it in socialist Yugoslavia). Psychologically and politically speaking, a utopia can only result in a “no exit” situation, especially for the masses who were supposed to be enjoying the fruits of the unity and the beauty of labor. Ultimately, a totalitarian system will end up totalizing even those who are on top of the ideological food chain because the condition of totalitarianism isn’t one of creation but of destruction. Most know how Communism turned out in the Soviet Union and East Germany.

Given this, it’s strange that the Biden regime as well as other globalist forces such as the World Economic Forum promise nothing good. There’s no utopian vision with its heroes and gods that we’re told ought to be revered. There’s no attempt to present the possibilities for the human race as something which is enticing or even dream-like; something, which seduces man into thinking that he should give up his own sovereignty in order for an entire world to reach a perfect harmony, a state in which human perfection is pursued and in which all evil is eliminated.

Today, we’re not recipients of utopian visions. Rather, we’re told we must sacrifice our sovereignty in order to lose more of it. We must fall in line through the implementation of Covidian and technological ideology in order to keep falling in line, until like lemmings we fall over the cliff. Technology’s part of the authoritarian machinery but it’s not the main component. The primary mode of a totalitarian is greed and power, and our current situation is no different from other past pursuits of greed and power. Through its expression, the system is only interested in domination. “Total domination,” writes Hannah Arendt, “which strives to organize the infinite plurality and differentiation of human beings as if all of humanity were just one individual, is possible only if each and every person can be reduced to a never-changing identity of reactions, so that each of these bundles of reactions can be exchanged at random for any other.”

There are no symbols of utopia, the very thing that Kirn was alluding to in his tweet. In fact, we’re repeatedly told that things will perpetually get worse and that dystopia is the real utopia. This is some strange logic but many people have happily accepted it. We’re not even promised a good, old-fashioned hedonistic fest! Only masked toil and further submission of the last shred of your digital identity. I joke, but the truth is that sex and eros die under totalitarianism.

The last two years have been like an extended Stanley Milgram’s experiment, and has it really ever stopped? Or are we getting a reprieve, like some mice in the cage, until we get on the wheel of absurdity again? What we’re facing is not just a nihilistic moralism but also nihilistic, anti-human aesthetics. This isn’t only the question of evil as privation of good, but evil as privation of being itself. This is why it has been difficult for many of us to capture the current phenomenon, to arrest it and define it. Its only symbol, at this point, appears to be a surgical mask and a syringe, and that’s hardly anything that inspires. It’s not supposed to. It’s supposed to kill imagination and eros because it reduces people to digits, where being and face are not the foundations of human life.

All of this is our current reality but I laugh at the likes of Klaus Schwab and Bill Gates, and all others who are invested in a destruction of the human spirit. I laugh because no matter what changes, no matter what utopia and dystopia they want us to inhabit, human nature remains the same, whether good or bad. This should give us comfort to turn away from apocalyptic obsessions and look toward the human face.