"Virtual relationships" and the endless side effects of modern technology is making people insane. 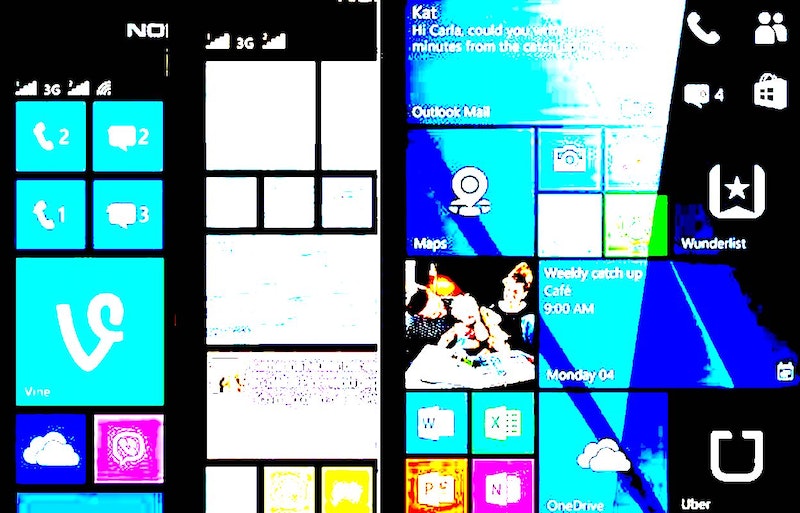 Mind balance is difficult to attain and, today, even harder. Humans tend to divide their existence into deep or superficial categories. Some perpetually stay on the surface, never really examining their lives, content in that way of being. After years of experiencing and observing the current impact of technology, I’ve concluded that the pace and the content of technological devices are mostly negative.

You don’t have to be on social media to be submerged into the fake world of fake relationships. Social media is one of the biggest offenders and conduits for a dump of information that takes up a precious bandwidth in our minds. Imagine having ADHD—technological impact results in absolute meltdown because it takes a distraction level to an inhuman point.

Even the beautiful (like photos of paintings, movie stills, and words of encouragement) get lost in the meaningless information overload. The platform, such as Twitter, is completely incompatible with profound thoughts. Although you’ll find plenty of meaningful things, including essays and articles, the true, the good, and the beautiful is just a faded reality.

Some people say they get energized from all the chaos and commotion found on social media. That may be true but we must ask: energized toward what? To continue the chaotic cycle? To sit back and be an observer of the world that appears to be falling apart? Are many people just embodiments of the often used gif of Michael Jackson in the video for “Thriller”: eating popcorn in a theater with glee? Is this where we derive the pleasure from?

Social media is one of the problems but the internet has many meaningless feeds. The vastness of the internet has made our lives incredibly small. How many websites do we really frequent? Probably just a handful. We become stuck in a routine and a culture of digitized bureaucracy. We’re the bureaucrats of our own souls, staring at the images that affirm our beliefs or incite rage about something which we don’t consider correct.

People carry their phones with them, which aren’t used much for talking. Whenever they’re alone, they pick the device up and stare at the screen. Are they hoping to catch a glimpse of themselves? Of yet another shiny thing that will distract them from the reality of life? Sometimes, they walk and look at the phone. People have bumped into me because they couldn’t take their eyes off the magical screen.

What makes this experience with our “sacred” devices even worse is when people use them in the company of others. It’s like an unconscious tick, or a safety blanket, a way to escape intimacy and human relationality. Once, I saw a family in a restaurant, stuffing their faces. The mother was scrolling through the screen, the father was staring into the distance, one son was trying to talk to both of them, and the other son, who was clearly mentally-retarded was largely ignored. Whatever you may think about our past alienations, this takes an alienation to an inhuman level. Everyone’s connected, yet disconnected.

Although we appear aware of the negative impact uncreative technology has on our lives, and that it only promotes further alienation, consumerism, and detachment, we keep coming back. This has a consequence on an individual level but since individuals are making up some kind of society, it inevitably affects the collective reality as well.

Even our usage of the term “hive mind” is negative because it destroys an individual personality. Just like Google would love to put all the books of the world together into one big virtual mess, in which there are no categories, or upload consciousness, most of the internet space treats us as commodities (because they are selling our data to another party), as nameless and faceless products because uniqueness of an individual doesn’t matter.

Virtual relationships can’t replace embodied relationships because virtuality generally doesn’t comprehend the state of being known as encounter. An encounter slows down time, recognizes a person as a physical presence, and opens up a reality that goes way beyond the surface we’ve come to accept.