To the Highest Bidder

Facebook says it's going public, but no one's talking about how they make their money. 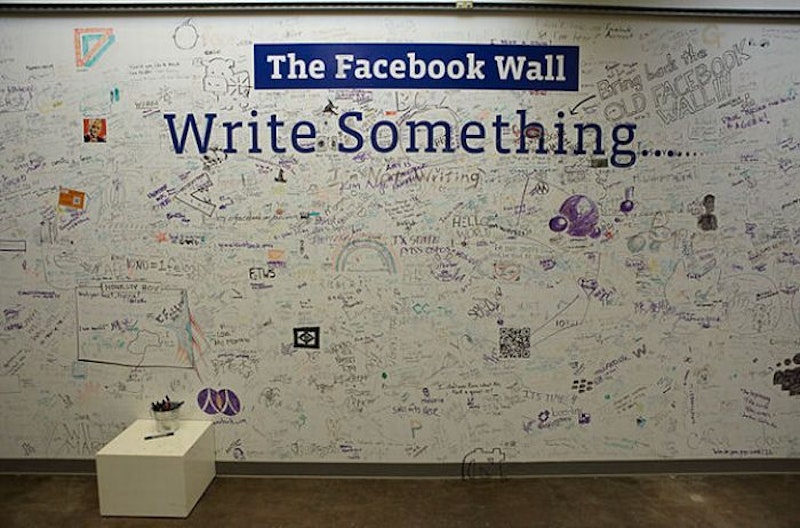 This week Facebook’s IPO announcement hit the news like a hurricane, causing business periodicals to speculate about the site’s current profit margins and long-term profitability. In 2010 Facebook pulled in a $600,000,000 profit. The numbers for 2011 aren’t solid yet, but conservative estimates put it around $1 billion. Goldman Sachs is putting its market value at $50 billion and other companies speculating that it could be in the hundreds of billions after trading begins. This all sounds great for the shareholder potential.

But there’s something no one is talking about. What is Facebook’s business? Facebook sells us a free product, at a huge profit, after taking out costs for massive servers and bandwidth and employing more than 3000 people. It sells us to the highest bidder and makes a killing. To put it into perspective, it makes literal tons of money every year on a free service. At the IPO announcement, we learned that Facebook is going to continue collecting our information and making money off it, and it’s going to take shares on its activities and sell them to the same people who it already sells our information to. How many more customers could Facebook possibly find?

Why aren’t we outraged? Why aren’t we asking why they get away with making such high profits on something they don’t inherently own (for the sake of argument we’ll ignore the fact that the TOS removes your rights to the information)? Why aren’t we asking how much more invasive their collection practices will get in the interest of increasing revenue for shareholders? When is the U.S. government going to slap down a lawsuit ordering the cease of this IPO? It won’t, because this is he same government that made welfare a right for millionaires. The same government that found Microsoft guilty of violating antitrust laws and then excused the company from most of the ruling that would have ended the monopoly of Microsoft.

No one is outraged because this is just the status quo. The government won’t do anything because constituents are not storming the offices of their Congressmen, busting in doors and demanding something be done for a change. This is Facebook we’re talking about. Founded by Mark Zuckerberg, Time’s Man of the Year; joined by the likes of Hitler, Stalin, George W. Bush and Newt Gingrich. Time sure knows how to pick them. And to think Julian Assange is the criminal. Nixon certainly said it best when commenting that the American people are stupid.

No one is asking the right questions about Facebook’s latest and audacious move. No one is asking who the majority shareholders will be, or what they’ll want, or where they’ll take the company next. Or even for that matter, what decisions the great and powerful Markzist will make in order to keep the shareholders happy. It was bad enough when he sold users’ data to corporations for large sums of money. Now he’ll have people who own him and his company. One can only begin to speculate where that road leads.