Social media has ushered in a bold new era of cool. 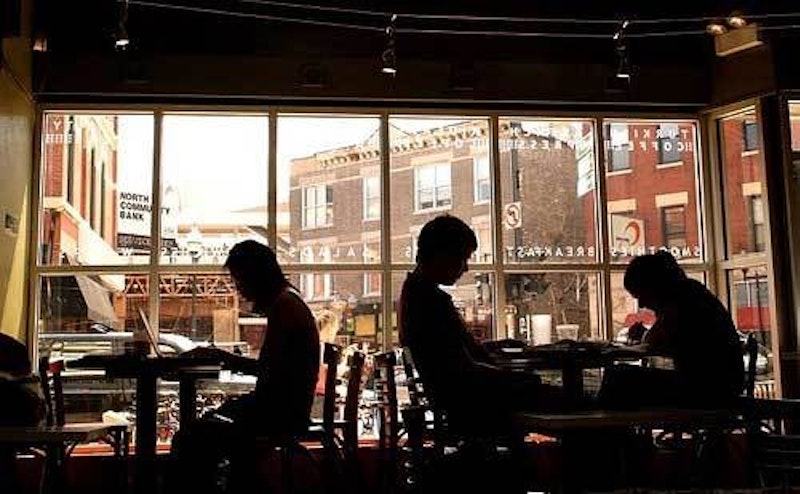 Decades ago, “cool” could be accomplished by “playing it cool” and standing by idly while others foolishly shared their feelings and demonstrated their vulnerabilities. “Cool” might have conjured images of a 1960s Sean Connery, the erstwhile James Bond actor who seldom changed his demeanor whether diffusing bombs planted by a Russian gangster, or wooing the same gangster’s glamorous mistress. Stoicism and silence were cool. A mere discussion of what is “cool” would have violated perhaps the bedrock principle of coolness—don’t talk about what’s cool and what isn’t.

However, like many paradigm shifts ushered in by the social media revolution, “cool” is taking on an entirely new complexion. As life continues to migrate towards electronic mediums, so does conversation that was once left exclusively to live human interaction. Twitter, Facebook, and dozens of other services have introduced a perpetual and constant conversation between humans that has not only smashed what is acceptable (try getting a job these days without being on LinkedIn), but also what is in vogue. Standing by with tight lips and a confident grin, as was acceptable and even the cool method of conduct in a day when discourse occurred in person, is a dwindling option in an era that is dominated by electronic communication. The people pushing the frontier socially, in the electronic sphere at least, are those who can express themselves in a timely, witty, and interesting way that adds value to those around them.

Unsurprisingly, the shifting definition of cool has come at the heels of celebrities and professional athletes. Twitter has revolutionized the way celebrities interact with the general public. What was once a media monopoly, celebrities can now instantly reveal themselves in 140 characters and without the hassle and risk of meeting with a journalist, who might in turn represent the celebrity in an unbecoming manner. Power has shifted dramatically from the journalist to the celebrity thanks to Twitter. On Pro Bowl Sunday, Mike Wallace of the Pittsburgh Steelers tweeted, "Having a great time out here with some awesome players!! Plus we get to tweet on top of that!" Since when did athletes revel in their responsibility to communicate with the public?

That desire to be heard has trickled down to the general population, and like celebrities and professional athletes, people thrive on the attention gained from Tweeting or posting a status on Facebook that will be read by many and, if they're lucky, "liked" by a few. This has become so pervasive that dialogue is largely conducted over these electronic mediums, and if a person elects to not involve himself in the banter, he is simply left behind. This extends to the professional arena as well: The Wall Street Journal recently discussed a New York venture capital firm that asked applicants to demonstrate their "online presence" rather than submitting a resume.

The coolness of self-expression online has definite parameters. Tweets and Facebook status updates must add value to the readers, whether in the form of humor or interesting observations or information, rather than simply whining about life's mundane details. Coolness depends not on the abundance of a person's communication, but instead the value the communication adds to those who read.

As for those who continue to ward off the human migration to online habitats in the name of "playing it cool," they’ll find it increasingly difficult to catch up once they inevitably join the herds. Understanding the nuances, etiquette, and what is "cool" in online interaction takes time and experience. Kids find nothing more amusing than watching their newly conscripted parents stumble around Facebook, saying and commenting things that simply don't fit. Most of these new members probably rationalize about "trying to avoid all the social media sites, but realizing I would be left behind if I didn't join." It would be even wiser to understand how norms are shifting, and how "cool," like conversation itself, has taken on this new identity.