The War on Drugs Has Gone Digital

Lessons from the Ross Ulbricht trial. 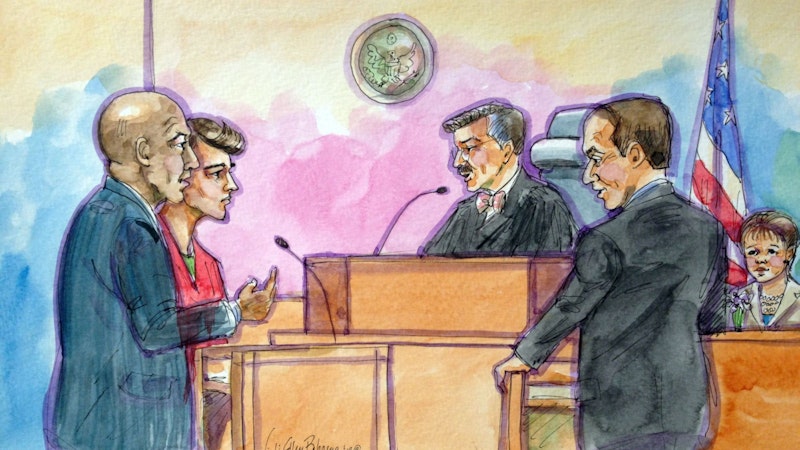 The depiction of Ross Ulbricht in trial was more important than what he was being tried for. His example is a finger wagging “crime doesn’t pay moment” for the DEA and the federal government. Despite the prosecution’s eager portrayal of him as a delusional man who lived in folly, his punishment wasn't fit for a fool. His two life sentences are more associated with serial murderers.

For mastermind criminals there is always a banal shard of evidence that damns them at trial. Ulbricht ran a business reliant upon an anonymous persona and encrypted communications, yet he maintained a written journal of his dual life. No one, much less his trial judge, is certain why he kept a diary which seemed to coincide neatly with Silk Road’s rise to public notice circa 2013.

At his sentencing it was implied that he was no better than a drug dealer. The reality is that Ulbricht was no better than an eager teenager aspiring to be a drug dealer. How is it that a man who could not decide his own criminal identity would be clearheaded enough to keep notes fit for a future biography? Who is to say that the idea to keep written records was not suggested by special agent Mark Force, who is facing corruption charges related to his role in the Silk Road investigation. Ulbricht’s lawyer, Joshua Dratel, seemed to hint at the possibility of an alternate perpetrator, an alternate real person attached to Ulbricht’s Silk Road Dread Pirate Roberts moniker.

Proving that encrypted chats sent by DPR were in fact sent by Ulbricht was very difficult. It's not surprising that Dratel’s alternate identity suggestion was immediately shut down early on. The corruption of the very same special agents brought in to infiltrate Silk Road has been massively downplayed because, though both Force and Ulbricht profited from the site, it is Ulbricht’s bad character which serves as the more politically valuable of the two moral tales to tell.

A second but undeniable undertone of the Ulbricht trial is that it counts as a major victory in the interminable war on drugs. This war is solely based on the bleak European medieval worldview that the human spirit is essentially evil, supported now by modern scientific study revealing that within each human body lays a potential addict. This characterization, which underscores all legal sentencing tied to violation of anti-drug laws in the past hundred years, lurked too in Ulbricht’s sentencing. Again, he is not better than a drug dealer, and decades of the D.A.R.E. mascot’s warnings cannot be unraveled so abruptly. Ulbricht, however, did not directly sell drugs to the people that the government claims were harmed. His exploits beyond a computer screen aren't even a footnote compared to that of legendary drug kingpin Pablo Escobar. Escobar cost several governments millions of dollars and years of armed murderous conflict. Ross Ulbricht operated from behind a computer screen while sitting in a rolling chair.

The costs to the U.S. government associated with the Silk Road investigation, beyond legal fees, are classified and will likely remain so. Yet there is a keen interest in the 700,000 in bitcoin (roughly $166 million) found on Ulbricht’s laptop. The government has demanded that Ulbricht pay them $183 million, roughly equal to the amount that he laundered from Silk Road. If it is unknown how much the investigation cost the government, what is the logical claim for the amount of restitution requested? Where does this money go? How is this money spent? Does the taxpayer have a say in how this money should be spent?

The government’s interest in bitcoin, the markedly underground currency, as acceptable and equivalent payment in their classified investigation of the dark web, is the logical transfer point of two fictions. The physical war on drugs now coexists with the digital war on drugs, neither an alleged savings in cost to federal investigators. When claiming that he meant for Silk Road as a way to help people, perhaps this is the most glib but valuable observation that Ulbricht could have made at his sentencing, but is too inept to state now or in his future memoirs.