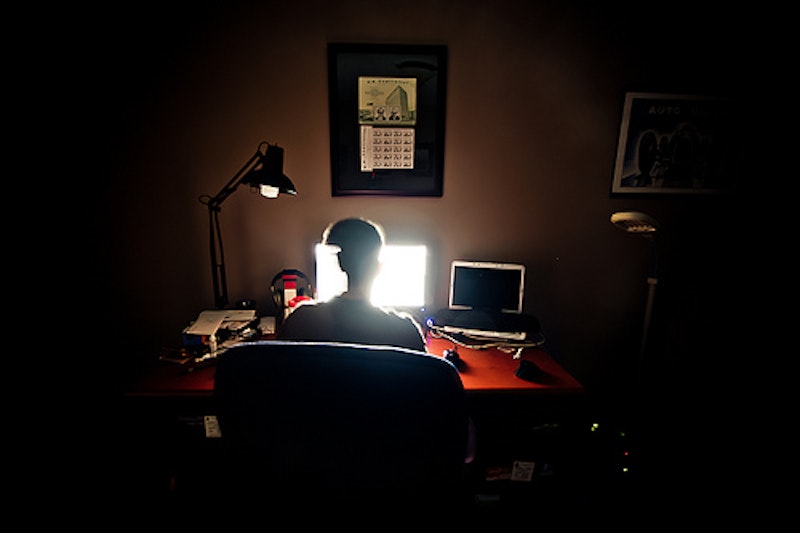 I decided some time ago that I’m not in the business of breaking my back to change the mind of anyone over the age of 30 about anything. Hate black people, gays, Muslims, or Commies? I don’t and won’t agree, but I’ll calmly hear you out—after all, it’s armchair sociology to me, as in the case of the balding hatemonger pastor who accosted me in the local park over the weekend as I was trying to re-read The Pale King, or a number of other casually thoughtful misogynists I’ve encountered over the years. Somehow I attract these people.

Online, I’ll generally express whatever I feel in a measured way, and anyone who happens to be paying attention can agree, or not agree. This modus operandi works because 1) generally speaking, I don’t express opinions about especially controversial subjects, 2) I’m not a celebrity, and 3) I’m not interested in fighting with anyone. Yet there are definitely times when it’s better to bite my lip, to not even try to weigh in on something. Sometimes it’s better to just be an observer.

Sister Dorothea Marie, my sixth grade math teacher, used to say “There are three kinds of people in the world: people who watch things happen, people who let things happen, and people who make things happen.” The implication being, of course, that everyone should strive to fall into the third category. Yet I’d argue that social media—the town square of our age—would be more civil, and that civility would improve the world beyond social media, if more of us spent our social media time idling in the first category.

Now, this doesn’t necessarily equate to letting things happen—by all means, if someone’s getting beaten up in a thread, lend that person a hand as a matter of personal principle or as a Devil’s advocate exercise—but take note of the herd mentality of others in order to learn how not to emulate it, and study the discourse of those conversant in an unfamiliar subject to come away with a better understanding of it.

I’m a straight African-American man of normal build. Do I really need to weigh in on slut shaming, fat shaming, transexuality, feminism, the vagaries of the LGBT world, or the experience of the modern woman in a sawed off, ignorant way, with all guns blazing and flags flying? Is anyone else’s station truly bettered if I crack a few jokes? If I belly flop into digital fisticuffs over situations where I’m out of my depth? If I start taking wild swipes at commenters who I don’t even know? Why stoop to that level?

One school of thought suggests that many denizens of the online world suffer from oversensitivity. A part of me agrees with this; a Twitter rant about a drunken stranger on your transatlantic flight is hardly equivalent to shooting up a shopping mall. But more than ever, our consciousness is connected and intertwined, and if we pretend that those two actions are in no way related to one another, we’re deluding ourselves.