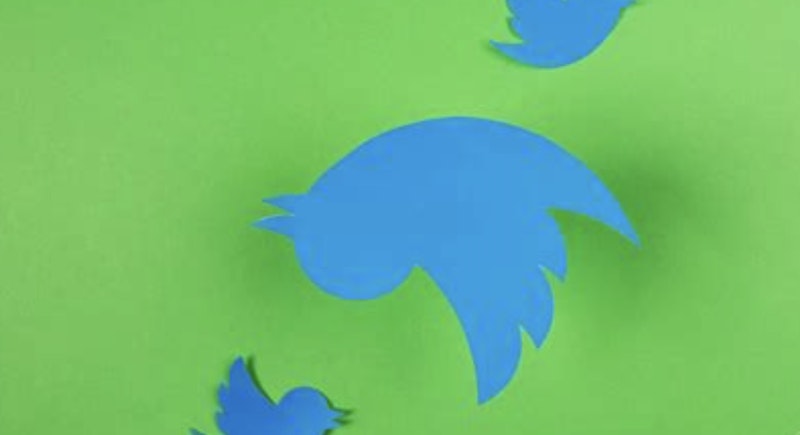 New York Times columnist Michelle Goldberg and Washington Post columnist Dana Milbank have warned us for a long time that things are really going to hell. They’re concerned about climate change, the rise of right-wing populism, Vlad Putin and Donald Trump, and many other serious matters. How bad is it? Bad, really bad, but not as bad as Twitter.

Hence, from now on, whenever they start screaming about environmental or immigration policy, or education, or war, I propose to remind them, and you, that it's all trivial in comparison with Twitter. "Here's hoping Elon Musk destroys Twitter," said the headline of Goldberg's October 6 column, "The best thing the platform can do for society is implode."

"I’ve sometimes described being on Twitter as like staying too late at a bad party full of people who hate you," she continues. "I now think this was too generous to Twitter. I mean, even the worst parties end. Twitter is more like an existentialist parable of a party, with disembodied souls trying and failing to be properly seen, forever. It’s not surprising that the platform’s most prolific users often refer to it as 'this hellsite.'"

Perhaps Goldberg has seen a production of No Exit, but I don't feel that she's grasping existentialism here. One thing's for sure: she really hates Twitter and regards it as extremely dangerous. Also she just keeps tweeting. Twitter, she says, is "a font of breaking news, a way to quickly survey what lots of different people are saying, a tool for promoting my writing, and sometimes a vehicle for contacting sources. It was on Twitter that I learned that Musk had finally agreed, again, to buy Twitter. As soon as this column is published, I’ll post it there."

Then, after this calm and rational assessment, she strongly indicates that she's still on Twitter because she's addicted to it (achieved by the site's diabolical "intermittent reinforcement schedule"). I wonder how carefully we should listen to someone who describes herself as addicted to the apocalypse, which she says is useful for her job and gives informative links. "Twitter can’t be saved. Maybe, if we’re lucky, it can be destroyed," she concludes. But she'd miss it when it's gone, by her own account. The crisis she identifies is strictly personal.

If Twitter disappeared tomorrow morning, nothing in the non-Twitter world would get better or worse as a result. If you think it would, I say: prove it. That bad things happened after someone tweeted is not going to do it, you enthusiasts for the post-hoc fallacy.

Milbank was going to buy a Tesla, until he heard that Musk was going to buy Twitter. "I refuse to line the pockets of the world’s wealthiest man as he destroys civilization," Millbank remarks, trembling at the notion that Donald Trump and Kanye West might return to the platform. "Under Musk, Twitter would quickly become a cesspool of conspiracy mongers and white supremacists." Would it, though? Because I have the feeling that Goldberg will still post her columns. She won't want to. She'll believe she’s contributing to the total extirpation of civilization. But she'll do it anyway because she can't help herself.

So, you anti-Twitter twits, I'm just going to say it. Twitter has basically no effect on anything. If it collapsed, we'd all just switch to Instagram or another platform. It's not particularly a cesspool, more than any other place where many people are communicating. You’re in an unaccountable, indefensible, incomprehensible moral panic. And all because, in 2015, you got a nasty comment which threatened to blow up your self-esteem.

It might’ve been from me. I'm waiting down here in this cesspool to destroy civilization. Or for your overwrought thrashing-about to calm down. Aren't you getting tired?

And this broadly discredits all their positions about everything. So, Milbank thinks that the rise of neo-fascist populism all over the world, or, for example, the January 6 insurrection, are threats to decency, democracy, and civilization. But then again, he says that random Tweets from Kanye are threats to decency, democracy, and civilization. If I took Milbank seriously, I'd conclude that neo-fascist populism is no more of a threat than Twitter and happily chill out about the whole prospect.

This is a real world with real problems in which people are suffering, perhaps by being shelled by artillery. Twitter’s only a problem, a slight problem, for people of immense privilege who aren’t at the moment suffering. Quiet down is my advice to you. Or keep tweeting: you want to, really, and it really doesn't do any harm.