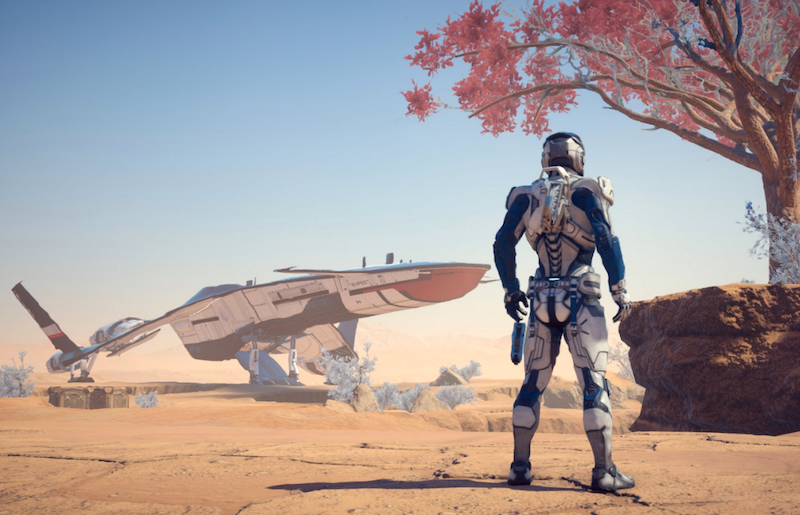 If there's one thing I miss about the days of the PSOne and Nintendo 64, it's that I could reasonably assume the game I was playing was at least finished. I had no guarantees as to whether or not it would be engaging, and there're plenty of poorly-made games on those platforms that would fit under the criteria of “unfinished.” However, these would be punished in the marketplace, leading to the developer or publisher taking a financial hit or going under. A consumer could reasonably expect a completed game and it would more or less work out that way.

However, as the ongoing controversy with Mass Effect: Andromeda shows, the winds are blowing in a very different direction. The gaming press recently reported that developer BioWare announced a series of patches to fix the game. Polygon writer Ben Kuchera says that this has effectively turned the game into an “early access” game, which is a term meant to indicate a game that is currently unfinished and is still in production.

This model can benefit small independent studios with limited capital. A four-person team with a shoestring budget could gain a lot from offering their product early. But it also requires transparency about the project's direction, and the consumer has to take a potential risk, since a game in early access does have the potential to be cancelled.

However, Mass Effect: Andromeda is not produced on a low budget by a no-name band of developers fueled solely by caffeine and ramen. It’s by a triple-A gaming veteran with the support of the largest publisher in the entire industry. It was not marketed as a game in early access or a similar state. It was sold to the consumer as a finished product. Now, players are paying full price for an incomplete game. Not only that, but the significant time that an RPG usually requires is nullified when the completed game is changed so much.

BioWare has not done the consumer the courtesy of flatly saying the game is incomplete or is an early access title, since that means sales will drop. But purchasing a game at launch is much more dicey than in the past. A consumer ought to assume that every game at launch has the distinct possibility of being sold unfinished. While traditionalists like Nintendo typically balk at such a prospect, the economic incentives for “release now, finish later” could end up giving gamers products that may never see a state of completion.