Notes From an Unapologetic "Apple Person"

I wish I knew how to quit you. 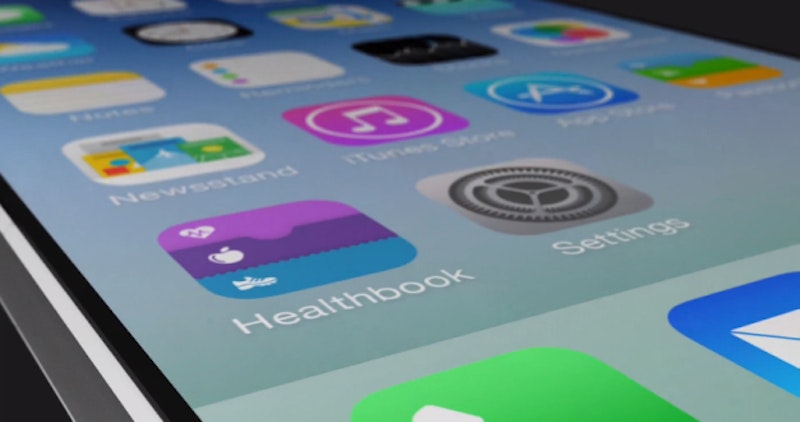 I spent a month looking forward to Apple’s September 9 announcement of the company’s new iPhone. After spending two years with an iPhone 4, I was ready for an upgrade. I watched the gadget evolve as I deleted hundreds of pictures to free up memory for each software update. Last winter’s sub-zero temperatures put a crack in the screen that inched towards the home button, and water has seeped into the top of it so I can only talk to people on speaker phone. Most of my friends have a creative vocabulary, so a lot of calls were ignored. I got caught in the online hype of tech-speculation blogs, every one boasting the “official” Apple leaks. When I was convinced that the new phone would feature a transparent screen, I decided to wait for the September event.

When finally the day came, I planned around the announcement. My Mac displayed the countdown on the Apple website. I was mentally prepared to spend more money than I should and shooed off people who advised me not to buy it immediately, though I knew they were right. Since the iPhone changed the tech industry, Apple has released products as quickly as possible regardless of their reliability or even functionality. Still, I’ve been devoted to the company since high school. When I was younger, I recall carefully holding the impossibly small new iPod Nano on the bus on the first day after Christmas vacation. Having only known clunky portable CD players and “Hit Clips” (which only played a few seconds of beloved Backstreet Boys songs) I was amazed. I’m an “Apple person.”

My mom and I sat excitedly in front of a Mac screen as the keynote began. Initially it didn’t work. We reloaded the page and were surprised at the grainy video and un-syncopated sound. The phone was soon unveiled. It looked great, albeit quite similar to larger smartphones released by other companies earlier in the year. After a few minutes of seemingly unrehearsed mumbling, the video cut out again. Twitter exploded. It resumed minutes later with a loud translator dubbed over the sound. When the stream began functioning properly, there was a hipster-looking guy on stage apathetically playing a game on the new phone. I closed the computer, annoyed. Later, I read summaries of the keynote and the specs of the phone. Boasting a bigger screen, a slightly faster processor, and a slightly better camera, it wasn’t mind-blowing. It was, however, a huge improvement from my iPhone.

The morning of the release, I ordered the Plus. It was faster than the 6 and had a better camera, so it was the obvious choice. It was backordered. Two weeks later I started seeing videos of it bent and bending, which was almost the end of my relationship with Apple. I went to the AT&T store ready to move on to LG or even Samsung, but couldn’t help but admire the sleekness of the new Apple phone. I canceled my order and, after a few more weeks, got the 4.7-inch edition. No complaints.