My Job Would Be Perfect If I Hated My Boss

The downside of working on the Internet. 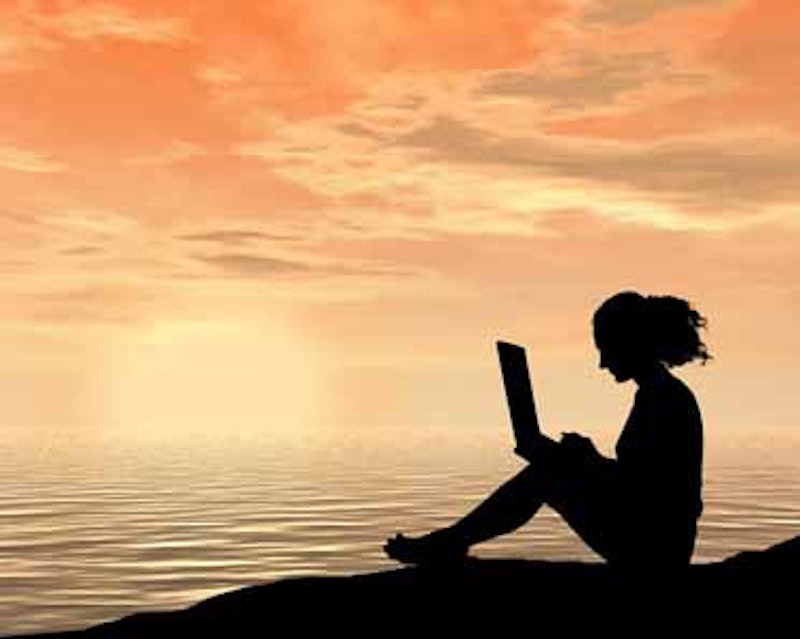 In 20 years as a professional writer, I’ve had both good and lousy bosses. “The boss” is either the editor or the publisher, depending on the size and type of the publication. The two worst bosses I’ve ever had were women: bummer, so much for role models.

My first writing boss was the second worst; an editor of a regional magazine, she told me that my “aw shucks writing was condescending to readers.” I spent a lot of time trying to figure out whether my writing was too “aw shucks” or too condescending, because I really couldn’t understand how it could be both at the same time. Then again, she was usually drunk and almost always mean. She also said I didn’t have enough writing talent to “ever write for a bigger publication,” which inspired me to land freelance gigs at The Baltimore Sun, Philadelphia Inquirer and Washington Post in an effort to prove her wrong.

The worst boss I ever had was a publisher who flew into rages almost daily, most famously at what our magazine staff referred to as the MMM. The Monday Morning Meeting, nine a.m. sharp, was an event at which someone or many people were lambasted for doing some imaginary thing wrong. Another editor was so stressed out one day in the meeting that she walked out to go to the bathroom and throw up. The publisher never said anything positive to anyone, and one day she pulled from the magazine (at press stage) an article about a mixed race wedding after yelling, red-faced at me, “I don’t have a magazine so I can advance some black/white agenda” and demanding to know who was responsible for trying to “get this article through behind (her) back.” I waited until everyone was gone for the day, packed up my cubicle, and left a resignation note on the editor’s desk, never to return to the office. Working for a crazy bitch was one thing, working for a racist was something else entirely.

Fortunately I did have one good publisher (a woman) at my last office job as a regional magazine editor, and it really was a great experience. I would’ve worked for her forever if the commute hadn’t been too much following a surgery I had that knocked me out longer than expected.

In many ways, I’m fortunate now to be able to work on the Internet. With four kids, and consequently my full time job as chauffer, laundress and reluctant cook-in-chief, I honestly don’t know how women do it who work outside the home fulltime. When I did it, I had enough money to pay someone to clean my house, and for take-out food, so I guess there’s that.

My job as an editor and writer on the Internet is part-time. I wish I had more hours, so I wouldn’t be broke all the time (honestly I just use my P/T salary to support my writing cottage habit), but the hours are flexible and I can work anywhere. I work in my pajamas while drinking coffee, which is how my blog (that turns five this month) was born. I can work on the beach (well, if I wasn’t afraid of sand on my laptop).  With a Wi-Fi hotspot, I have worked in doctor’s office waiting rooms, school parking lots, beach bars in Puerto Rico, and hostels in Ireland.

The publisher I have now, at Splice Today, is the best boss I’ve ever had. Old school print journalist guys have been my favorite since I started writing, and this is my first opportunity to work for and learn from one. When I first started writing for him, and for a long time thereafter and sometimes even now, I will put up my original document, with his edited version on the screen next to it, and compare them. This way, I could learn what he was changing and notice the pattern. Over time, the number of changes was less because I learned to make the changes so he didn’t have to.

He is smart, funny, and an amazing writer. I’ve never learned so much in my career as I have in the last 15 months, and I swear to God I’m not saying that to be a dorky ass brown-noser; I’m saying it because it’s true. Believe me, he doesn’t lavish me with praise. I’ve written 130 pieces for him, and he’s said a handful of words about maybe 10 of them total. Maybe less. But I want to get to the 11th. I am a better writer because of him.

Alas, this is the Internet, so there aren’t any staff meetings, office birthday parties, or holiday dinner party celebrations. I try to schedule lunch meetings, but they aren’t necessary and my boss doesn’t like lunch. This thing, this one small thing, is the thing I miss most about working for print. Going out to lunch. I know, it seems ridiculous, and in a world where I can work from bed whenever I want, it’s a dumb, whiny complaint. Never having a reason to get dressed and do my hair and wear earrings is a first world problem; most people would kill for a job where you don’t ever have to wear heels or use gas money on a commute.

But writing is very isolating. And creative people are insecure. I worry he doesn’t think I’m doing a good job. I practically had a panic attack taking a week off because I was sure he’d fire me while I was gone. Even though I can’t stand most people, I like my boss. If I couldn’t stand him, I wouldn’t ever want to meet with him, so my job would be absolutely perfect.

You know, in this market as a writer and editor, I’m lucky to have a job at all. After all, I can order a fucking pizza for lunch.

Mary McCarthy (@marymac) is the founder of pajamasandcoffee.com and an Editor at Splice Today.