Sure, everyone’s life is now an open book, but that war was lost years ago. 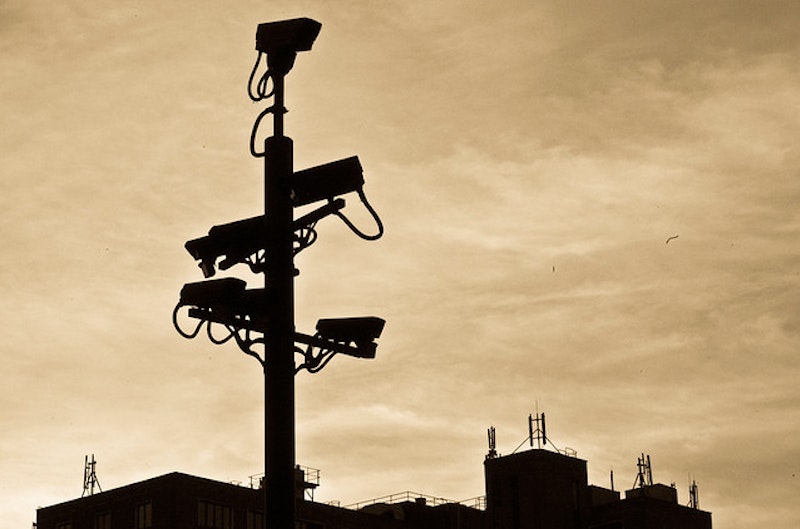 It’s hardly my nature to slough off threats to the First Amendment or general government snooping—I’ve been a practicing journalist since 1975, and have doled out a frightening sum over the years for libel insurance—but I got a chuckle last weekend while reading Peggy Noonan’s Wall Street Journal column “'A Nation of Sullen Paranoids.'” Like hundreds of other writers who are more concerned about citizen privacy than Ben Affleck landing a Batman role or whatever trouble Miley Cyrus is up to, Noonan is agog about the National Security Agency “controversy,” and its implications for the future of this country. She writes: “If you believe the information will never be used wrongly or recklessly, you are touchingly innocent.”

I’m not unaware or “innocent” about the power of the U.S. government to intrude upon the lives of Americans, but just as profitable newspaper companies scoffed at the Internet in the late 1990s, isn’t this discussion over? Noonan says she heard from a former “moderate conservative” U.S. senator recently, who told her, “The future is paranoia.” And then Noonan ends the column with a dramatic, “Unless, of course, we stop it.”

Who is she kidding? Does Noonan expect mass demonstrations in Washington, with wagging fingers and a #stopnsa slogan? Will Noonan and her circle of affluent friends join the protests?

I happen to be an exceedingly small minnow in the swamp of journalists, and I don’t suspect that the NSA or any other government organization infatuated with mischievous surveillance would, if they looked, find anything of interest in my online transactions or articles I’ve written. But on the off chance some creep did, what could I do about it? Nothing, and I’m not paranoid.

Like most of the country, I made my choice years ago and I opted to be active on the Internet; I subconsciously decided not to live in a cave. Yes, my particular blow against the empire is refusing to conduct any banking business online; and I still pay 95 percent of my bills via the Post Office, even if my handwriting is atrocious. But let’s face it: that’s a token feel-good gesture in the face of overwhelming government scrutiny, obviously far more prevalent today than back in the 1960s, when not many people were aware of the spying apparatus already in place.

As Johnny Cash sang more than half a century ago, “I don’t like it, but I guess things happen that way,” and that’s the reality everyone, save those who eat canned corn in a survivalist bunker, can’t escape.

—I’m a frequent consumer of Amazon, and how that company interprets my choices of DVDs or CDs, and if it’s the slightest bit nefarious, I’ve no way of knowing. I will continue to shop at Amazon.

—Reluctantly, and mostly for commercial purposes—although I don’t mind taking a peek at the posts of long-ago friends—I’m on Facebook, a minor presence, but there nonetheless. I don’t plan to stop. That Mark Zuckerberg’s been recruited by President Obama to be a cool super-sleuth has crossed my mind—he does, at least by media accounts, seem to have a strong weasel gene—but what the heck am I going to do about that?

—Of course I use Google every day, whether it’s to fact-check an article (which can be dangerous in its own right) or find the link to a movie theater in Baltimore, or get directions to D.C. or bypass the homepage of The New York Times to read a Tyler Kepner baseball article. Another practice I won’t stop.

—My credit card information (and that of my wife and two sons) is spread all over the world, the bulk of which is purchasing large—and small—ticket items, from Apple gadgets to earrings from Bergdorf Goodman to an old Smiths poster to subscribing to the daily baseball newsletter The Slurve.

—I email every day, mostly to business contacts, friends or family, but sometimes in response to non-spammer strangers. If a drone in Sioux City is reading that correspondence, well, better take a black beauty, buddy, because you won’t be doing a Christopher Boyce based on my material.

—Of course I’m on Twitter, both for pleasure (reading blurbs from Red Sox fans, seeing what existential Tao Lin-like collection of words my son Nicky has put together) and business. When I’ve written that President Obama is both short-sighted (economically) and chickenshit (politically) for not leading the charge for legalized marijuana, I guess that could, theoretically, get taken the wrong way. But Twitter’s valuable for links to substantial articles—whether at The New Yorker, Grantland, The Classical, The Telegraph, and so on—and it’s easier than the old days (a few years ago) when you’d have to go directly to a website. Until I’m completely exasperated, I’ll remain on Twitter.

—I use AOL and Google+ and the deteriorating StumbleUpon, so there’s more grist for NSA recruits.

—I live in Baltimore, where spooky cameras are everywhere, and who knows what they’re really used for aside from lining the city’s pockets with dubious speeding violations.

—As iPhone users go, I’m not so active, rarely texting except to my family and a few friends, but my phone calls could be subpoenaed in a nightmare scenario.

Back in the mid-70s a college friend went off his nut. I remember watching the final game of the ’75 Sox/Reds World Series at his apartment, passing Mr. Bong around the circle of fans assembled, and he was a-okay. Early the next year, for reasons I never found out, he became classically paranoid, claiming the CIA was channeling his movements through the four silver fillings in his mouth, and he wound up in a local Crackerbox Palace. His wife was understandably distraught, but was regularly consoled by a mutual friend, and later ran off with the guy. As I recall, he was released, and I might’ve seen him around campus, with those bulging Twilight Zone eyes, but the young man was clearly not well. I hope he recovered to lead a normal life.

Point being, this current NSA stuff can drive a person to distraction. (Wait! I just felt a twitch on the 54-year-old scar on my lip!) I don’t discount the remote (at least for now) possibility that a president more nefarious than Obama, or a cabal of bad guys, could use this technology to create a totalitarian state, but I still sleep soundly at night.

Is that naïve? Perhaps. Yet I still don’t understand the current hysteria over the NSA and surveillance gathering; that war was lost years ago.