How Violent is Too Violent?

Hatred is not a fit video game. 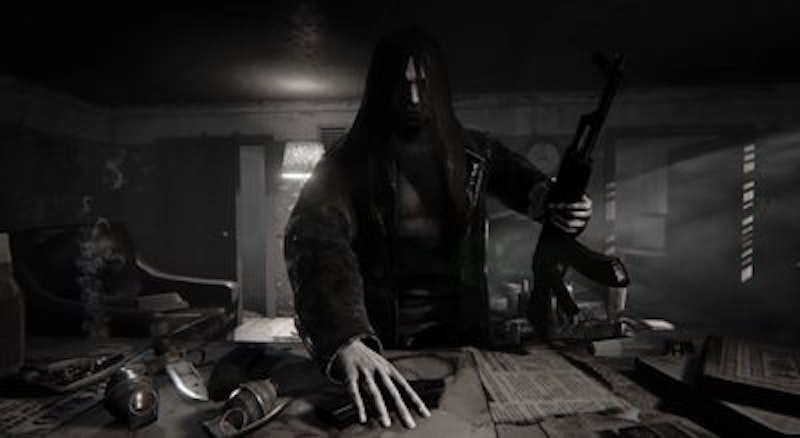 Last October, I was looking through a list of video games that were slated for release in 2015. One in particular caught my eye—it’s called Hatred and is developed by Destructive Creations for Microsoft Windows. I watched the trailer out of curiosity and found myself not being able to finish it.

Hatred is a single-player shooter where the sole premise of the game is to murder innocent civilians and police officers.  That’s it. There’s no backstory, no motivation, no central storyline… the sole goal of the game is to murder. How, you ask? With guns, flamethrowers, and “new execution animations.” The player-character is a mass-killing villain who hates humanity and begins a "genocide crusade" to kill innocents. He’s described as a sociopath. Violence is the entire content of the game.

After the release of the trailer, a lot of video game bloggers were outraged. I’m no stranger to violent video games—I’ve played many in the past. Like Grand Theft Auto. It’s the game that parents love to hate. I defend GTA and its violent content, mostly because I believe that the developers at Rockstar had faith that their intended audience would understand that these games were not supposed to be taken at face value. It’s hard to take a game seriously when you can spend most of an in-game day looking for Sasquatch or indulging in some yoga.

Also, each installment of GTA had a central plot, unlike Hatred. I enjoyed the fifth game because the characters were all equally interesting and I had a lot of fun going around doing missions to advance the plot. I understand GTA has a bad rap for violence, which is fair. I don’t like the violence against women in the game. But while GTA is violent with graphic content, it’s sole purpose is not to kill civilians/police officers. It was never marketed as such a game. Hatred is a violent game that shouldn’t exist. I can’t control how gamers choose to live out their GTA experience, but at least the entire premise of the game doesn’t revolve around murder. In GTA, you receive penalties. Stole a car in broad daylight? You have the cops after you. Did you kill those cops chasing you? Now you have two helicopters coming for you and a SWAT team. You’re always punished. In Hatred, you’re not.

The player-character for Hatred is first introduced to us while he is writing a manifesto, which follows: “My name is not important. What is important is what I'm going to do... I just fuckin' hate this world. And the human worms feasting on its carcass. My whole life is just cold, bitter hatred. And I always wanted to die violently. This is the time of vengeance and no life is worth saving. And I will put in the grave as many as I can. It's time for me to kill. And it's time for me to die. My genocide crusade begins here.”

Video games are already held responsible for school shootings and other violence. A senseless game like Hatred doesn’t benefit anyone. I was appalled when the CEO of Destructive Creations, Jarosław Zieliński, didn’t think the trailer crossed any moral boundaries. I’m even more disturbed to find out that he actually received positive fan mail.

I’m not surprised to see the second trailer for Hatred snagged just as many negative reviews as the first one. This “game” doesn’t deserve to call itself art or claim that it’s challenging political statements, nor do I think it should revel in its shock value. Hatred is a disturbing “game” that I won’t ever play. I understand that if I don’t like a game I may choose not to play it, but I really hope that other gamers realize how detrimental Hatred is going to be.