It's not wrong to feel lousy about your job. 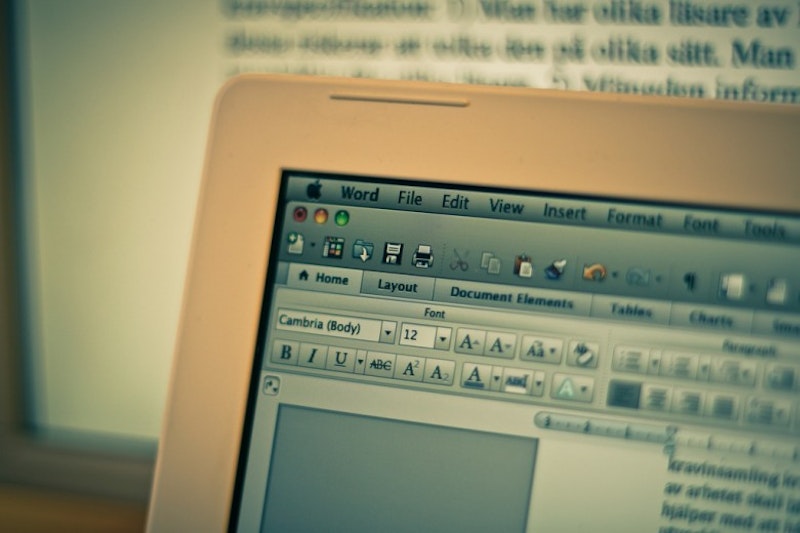 As a writer, I am in the business of monetizing embarrassing personal revelations. So here we go. I’d like to write for BuzzFeed.

It's a very visible platform, it's supposed to pay pretty well; a number of writers I admire work there; it's hip and happening. And I’d like to be more successful than I am. Yes, that means I am actively envious, and often resentful, of writers who are more admired and have a higher profile than I do. I look at David Brooks and say, hey, I’m a boring white guy who can bang out puerile nonsense on a deadline—why doesn't The New York Times hire me? I look at, say, Mallory Ortberg or Ta-Nehisi Coates, and wish I had their wit, insight and acclamation. As I wrote in a poem long ago before I utterly failed at being a poet and had to write other things, "No one appreciates me. Enough."

It's quite possible that these personal revelations will lead you to feel contempt, condescension, and even a tinge of loathing. That's how Choire Sicha responded to a recent letter to his advice column at The Awl. An anonymous toiler in the dregs of online media wrote in to say, "I hate myself because I can't work for BuzzFeed." She (like me!) is unhappy because she hasn't found success in media; she (like me!) envies some people who are more known and respected. She's disillusioned with the cliquishness of media and its futility, status-consciousness, and stupidity. "I just know that I devoted my life to a craft I hate and to a business that’s corrupt, insane, insensitive, sexist, and demeaning (unless you work for…).”

And what advice does Sicha offer her? He tells her that she's broken, lazy, and talentless. "No one should feel this way about anything basically ever. Certainly not anything that has a paycheck attached to it," he sneers, before telling her that Mallory Ortberg works harder than she does. Is BuzzFeed "not impressed with you? You must not be very impressive, because some real fucking idiots work there!" he exclaims. Because, after all, David Brooks works for the NYT, ergo anyone who does not work for the NYT is not very impressive. As a bonus, writer and grad student Freddie deBoer pops up in comments to pile on. DeBoer is most noted for chastising the left for its failures of civility. He embodies the change he wants to see here by suggesting that this poor individual, asking desperately for help, should kill herself.

The answer to all those questions is yes. It’s despicable to be ambitious, and feel envy, and have petty dreams that you fail to achieve. America adores success; we honor, not just heroes, but superheroes—we want to be strong and swift and do great deeds and hit bad guys with such force that they fly backwards through multiple buildings, and/or change some distant regime from evil to democratic with the whoosh of a single drone. Power and goodness are tied so closely together that we cheerfully conflate one for the other, which is what allows Sicha to assume that this woman is lazy and talentless because some editors at BuzzFeed don't want to work with her. Yet even people like deBoer, who know that meritocracy is a myth, still can't help spitting on failure when they see it. "I feel terrible because I am a worm and my dreams are shit," prompts, not compassion, but the inevitable pile on. "Yep, you should feel terrible, because you're a worm, and your dreams are shit."

I'm a worm too, and my dreams are pretty pedestrian. So from one shitty worm to all my fellow writhing and debased invertebrates, here is some advice. Making money under capitalism is in many instances soul-destroying, awful, contemptible and depressing. People often present writing as an antidote to that; as a calling rather than a job; a crusade rather than a slog. They'll tell you if you have genius and passion you will succeed, and be recognized.

Those people are lying. Succeeding in writing—like any sort of job—is less about hard work and skill than luck and whom you know (which is to say, it's about luck and privilege.) People in positions of power will often treat you like crap; the work you do will not infrequently be compromising and humiliating. Listicles are not the worst of it. I had a colleague once who wrote historical educational materials. She was told she had to remove a discussion of homosexuals being targeted in the Holocaust because it was too controversial. She was being asked to participate in homophobic Holocaust denial. She wept, but what could she do? She didn't have final edit; she needed the job. You can judge her if you want… but keep in mind that some day capitalism may kick your ass, too. Perhaps it already has.

And capitalism is obviously kicking this poor writer's ass. That's a painful spectacle, I think, not least because it's so familiar. Of course, fame, wealth, status and money are all shallow, silly and pointless since we're all worm food anyway. But we are intelligent, hierarchical worm food—and that's a lever that is used by journalism to exploit its workers, and simultaneously to mock them for being exploited.

Escaping from that dynamic is hard. But as a start, maybe we, as writers or workers, can try feeling solidarity with, rather than contempt for, people who find alienating work really alienating. Working for BuzzFeed, as the woman writing that letter pretty clearly knows, isn't actually heaven. But the hope for work that’s satisfying, secure, rewarding and meaningful—that's not contemptible. That's a dream worth dreaming, for writers and for everyone else.