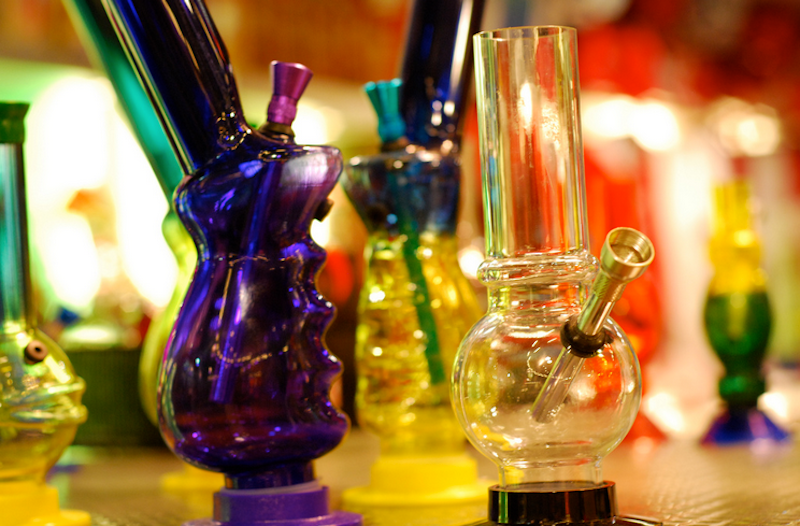 There’s a new dating app that allows users to connect with fellow weed lovers. The app, called High There, was created with the idea that fellow pot enthusiasts should be able to connect without judgment. In a statement from CEO Tom Mitchem, he reveals that he got the idea for the app after one too many dates went up in flames when he mentioned his love of weed: "I hated dating on other sites and apps because as soon as the idea of my cannabis consumption came up—date over. I actually walked out of a date (after paying of course) and said to myself, that's it. Weeding out the Ms. Wrong from Ms. Right was complex. Selfishly I hope this helps others like me."

What sets this app apart is not the legal ramifications of connecting people to a potentially illegal drug, but that it allows people to connect through weed on a multitude of levels. Not only can you meet a hottie who is down to blaze up with you, you’re also able to connect with cancer patients who use medical marijuana to ease their pain, and link you to a friendly smoking buddy.

Apps like Tinder, Grindr, and even Craigslist have been the seedy back alleys of online weed consumption since their inception, which makes the surface idea of High There brilliant. Many users on Tinder post vaguely cryptic messages to let users know they either smoke or sell weed with cues such as, “420 friendly,” or “blaze life.” The safer part about High There is that instead of a shady meet-up for a blowjob and possibly a joint, the user knows what they’re getting into right when they log on. Since the inception of the Internet, many apps have claimed that they’ll connect you with people who have like-minded interests. One of my friends, while living in Chicago, was an avid user of MeetUp, where we would attend meetings such as Scrabble Club and Anime Viewing Party Clubs—always making sure to text me to let me know he wasn’t actually being sacrificed by a cult. What’s brilliant about High There is that if properly used, it’ll allow users to take one step more in the de-stigmatization of weed; people will feel less creepy buying and using the substance from someone they only vaguely know.

One of the more appealing aspects of this app is Mitchem’s idea that not only will people blaze up together, they’ll be able to connect even if they’re not a twentysomething partier. Weed culture is spreading in a positive way, and Mitchem is contributing to that community. Before High There, weed users could connect on forums, such as online chat groups Grasscity and Marijuana.com. In Colorado, people have expanded the community through shabong.com, a place where smokers can meet up and even live-blog their grow journals. The brilliance behind High There lies in the fact that the elderly woman in her 60s suffering from cancer no longer has to feel like she’s at a frat kegger every time she mentions that she smokes weed, and no college kid has to feel like a complete deviant for taking a bong hit after a hard day of classes.

Although there are some potential legal questions about an app like High There (weed is illegal in 37 states) and weed still exists in a gray area, the stigma around smoking weed is dissipating. With apps such as High There, we’re one step closer to making weed not only legal, but mainstream. It’s seeping into the public conscious and we must ask ourselves: do I smoke enough weed that it’s a deal-breaker during a date? Do I want to have weed be an identifier of my dating portfolio? High There allows us the opportunity to ask questions about how a substance that was once dangerous to possess, let alone reveal we partake in, can change the way we interact. Without the seedy underbelly of online pot dealing, it feels like a major step forward in bringing this topic to the discussion table.