This is not "white genocide." 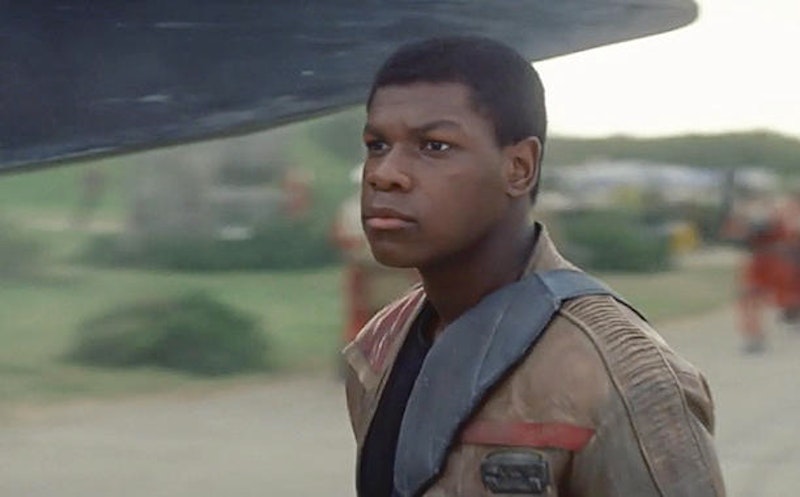 A few days ago #BoycottStarWarsVII began trending on Twitter. Not knowing what the tag was about, I thought it had to do with offensive content. Instead, the tag was created as a result of the newest Star Wars film promoting “white genocide,” whatever that means. At first I thought it was a joke. Star Wars: The Force Awakens features a man of color as a storm trooper. I thought ignorant bigots had grown tired that their cries “STORM TROOPERS CAN’T BE BLACK” went unheeded, but apparently not.

#BoycottStarWarsVII was created by racist trolls who don't understand the concept of genocide. They’re upset there’s a man of color as one of the leads for the movie. My question: Why? Who cares? Does the inclusion of different peoples really make you so uncomfortable that you have to claim it’s “white genocide”? Is the incorporation of a black lead really “white erasure”? Let’s not forget that the majority of the cast is still white. Is better media representation really that incomprehensible?

The birth of the hashtag is a prime example of white fragility. The smallest amount of racial stress becomes so unbearable that it triggers an individual to use the Internet for expressions of discomfort and anger. The “social movement” that was spawned from racism claims the film is “anti-white.” I wonder if these narrow-minded people don’t realize that it’s nearly impossible to be “anti-white” in a society that features white protagonists as the show runners for TV, movies, video games, comics… the list is endless. If a young black man playing a lead role in a fantastic franchise is the worst thing to ever happen, then wait until the poster is revealed. Oh, wait! The poster features John Boyega right next to Daisy Ridley, the female lead, front and center.

In a fictional universe where Wookies exist, interstellar conflict is rampant, and light sabers are scientifically possible, does a black guy playing a fictional character really matter? Leave your ignorance and your unabashed prejudice out of my Star Wars.