Make sure you're really anonymous before you say that to me. 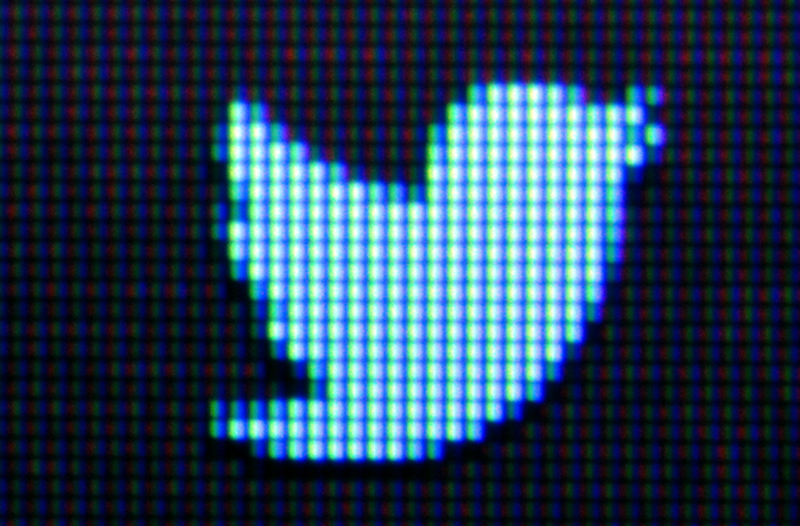 It seemed like a standard Twitter political debate. The topic was U.S. military interventionism, but apparently I’d said something to upset a rabid libertarian. I almost never support American interventionism, and The Libertarian didn't examine my comment closely at all before deciding I was a neocon Satan who wanted to send his children off to war. Some libertarians online appear to be deranged.

From previous experience, I was familiar with The Libertarian, and well aware of his hot-headedness, though his flamethrower had never been turned my way. I’m not delicate, but the torrent of abuse he directed at me that day was vile and stunning. In his misplaced anger, he called me a child molester and accused me of various incestuous acts, in explicit language. This was without asking me for any kind of clarification. He went straight to the gutter.

I don't get into protracted online arguments, having learned to just mute people (more subtle than blocking), but in this case I didn't mute because it was necessary to see what this individual was saying about me. He kept it up, and it was very ugly. All over a fairly innocuous comment he’d misinterpreted.

I know that Twitter does nothing about such forms of harassment. Before this incident, a Florida redneck had beseeched people to put a bullet in my head. I reported it to Twitter, but they did nothing. What the redneck tweeted didn't really bother me, as it was just dumb talk from a reactionary conservative who probably had "#Christian" in his profile, but what The Libertarian wrote was beyond the pale. I didn't enjoy reading that about myself (I use my real name on Twitter) like that in a public forum, or that other people were reading it, especially since the abuse was being dispensed anonymously.

Or was he really anonymous? Shortly after his meltdown, all his personal information came off his Twitter profile, including his headshot. He must’ve realized his mistake and was now trying to cover his tracks. It was too late though. I already had his photo, along with the fact that he was a lawyer—a partner in a law firm—who was an adjunct professor at a Midwestern university, which he named. He gave his first name too, and the Indiana town that he lived in. That’s a lot of information for a professional person to reveal when he engages in unethical behavior.

It took me less than 30 minutes to identify this attorney. I contacted the Dean of his law school, who told me he no longer taught there, and actually apologized for anything he’d done to me. It wasn't difficult to find his law firm, which was in a nearby town to the one listed on his profile. Law firms generally have photos of their attorneys on their websites, so I just scrolled down until I saw his face, next to his first name, and now I had his last name. I also had the names and emails of his fellow partners at the firm.

I'm willing to accept that you must take a certain amount of abuse if you debate controversial subjects online. Resorting to ad hominems just means they’ve lost the argument anyway. This went well beyond ad hominem though, and I didn't feel like turning the other cheek. The level of cowardice and abuse was too high. He felt free to say those things because he thought he was anonymous. Arrogance matched by stupidity.

When things pass a certain threshold, I think people must be held accountable for their actions. Otherwise, these types feel free to continue their egregiously anti-social behavior. I wrote an email, which included his tweets to me, and sent it to five of his fellow partners, mentioning that I didn't think The Libertarian was representing their law firm in a public forum as they would expect him to. I sent the perp a separate email, informing him of the action I’d taken.

Within a day, The Libertarian's Twitter account went private. His photo and all personal information were still missing. He’d gone underground. Most likely be didn't want his law firm combing through his thousands of tweets, but he didn't want to delete his account. I hope he was embarrassed.

I know lawyers are supposed to stand for justice, and I'm hoping The Libertarian realized he’d been given a taste of it when my email arrived. All he had to do was apologize, and I’d have dropped the matter, but instead he went on the defensive. He’s probably a little more civil on Twitter these days, but no thanks to Twitter, of course. Once again, I have found the DIY approach often is the best alternative.