The Internet Doesn't Care About Harassment

Making it care isn't going to be easy. 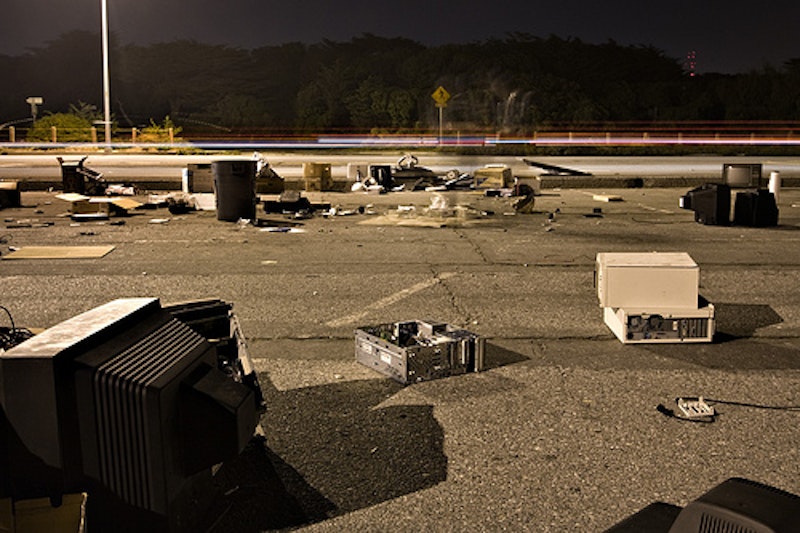 If a newspaper publishes an article saying I’m a notorious tax fraud, and I’m not a notorious tax fraud, then I can sue the newspaper. If the paper publishes an editorial mentioning my address and promising to show up at my door to teach me a lesson, I can seek legal remedies. The first amendment protects most kinds of speech, but libel, slander, true threats, and other kinds of harassment aren't acceptable, and journalists have to take care to avoid them, or face consequences.

Not on the web though. Or not exactly.

Yes, Internet sites still are liable for what they publish. But they're not liable for what you publish. Much of the content online, whether on social media sites or in comments sections, is user-generated. And thanks to Section 230 of the Communications Decency Act, websites aren't responsible for user-generated content. If one of Splice Today's commenters wants to threaten me with death, Splice Today isn't responsible. The editors can leave the comment there forever; no one can sue them for it.

Section 230 means that websites have no real incentive to police harassment, or to remove libelous or slanderous statements. And, as a result, many don't—or do so only haphazardly. Twitter is notorious as a haven for harassment, scurrilous accusations, and even threats, but you can find similar behavior on other platforms, or on mainstream comments threads. Forums at Reddit, 4chan, and 8chan are even worse—again, without any risk to the people who own those forums.

Websites and social media platforms can afford to ignore misanthropes because of section 230. So why not repeal section 230? That's what Arthur Chu argued earlier this week at TechCrunch. "Facebook, Twitter and YouTube are excellent tools for stalking, harassment, defamation and all manner of harm, that lives have been lost, careers destroyed, money thrown down the drain because of unaccountable users using unaccountable platforms," Chu says. Get rid of Section 230, and suddenly these platforms are accountable; they can all be sued if users post unacceptable or illegal content. They will then make more serious efforts to clean up their act. Problem solved.

Or maybe not. Lawyer and blogger Ken White points out that repealing Section 230 won't lead to an Internet utopia. Instead, repealing Section 230 could simply open the door for a cornucopia of frivolous lawsuits. Did someone mention you in a vaguely negative way on Facebook? Sue the company and see if you can shake them down for a few thousand bucks.

Repealing section 230 could also open new venues for harassers. If I hate Splice Today, I could get an accomplice to post a comment here libeling me; then I could sue the site. Social media sites probably couldn't function in such an environment, and individual websites, or even Tumblr accounts, would be vulnerable to any idiot with a grudge.

Popehat concludes with his own suggestion for reducing harassment: "Should threats and harassment and abuse be addressed? Absolutely. Convince private companies like Twitter and Facebook to offer better tools, and to expel bad actors. Vote with your feet from one platform to others that handle abuse better. Work together to track and whenever possible stomp the bad actors."

Or, in other words: address harassment>then a miracle occurs>harassment solved!

Voting with your feet doesn't work with the large social media companies; there aren't competitive alternatives, in part because social media is valuable only to the extent that everyone else is already there. People have been after Twitter especially to develop better harassment tools for years. It shows no signs of doing so because (thanks to section 230) it has no real incentive. The same is true with many mainstream comments sections; moderating them would be expensive, there's no legal reason to do so, so media companies (already struggling for solvency) don't bother.

In fact, harassment is in many cases beneficial to companies. The new "Yelp for People" app is designed to allow anyone to rate and write comments about anyone. You can't opt out; you will be rated whether you want to be or not. Essentially, it's a tool for enabling harassment—and it's gotten massive media coverage as everyone points out that it is a horrible idea. That media coverage will sell the app to people who want to use it for harassment (or just to curiosity seekers). Crowd-sourced harassment is a decent business model.

So what's to be done? Repealing Section 230 would make things worse. But, contra Ken White, the status quo is unlikely to change without some major alteration of incentives. Maybe Congress should take up the idea of repealing, or at least tweaking Section 230, if only to push social media companies and websites to do better at self-policing. Otherwise, if the past is any indication, they’re unlikely to bother.