On the Gen X love of trash fiction. 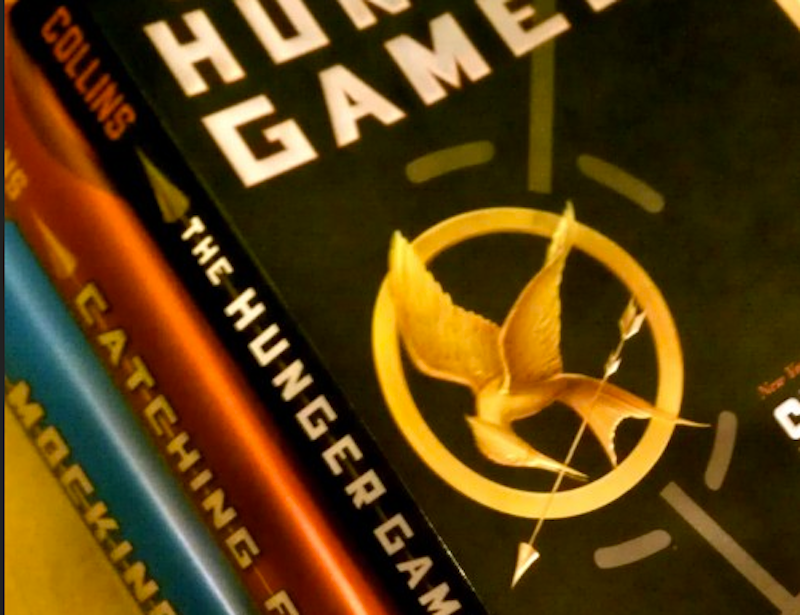 You probably spend hours a week trolling YouTube for the next hilarious Shit Girl Friends Say, the new Lonely Island video, or the heir apparent to Justin Bieber. What you need to do is this: go retro. That’s right. All the way back to 1999 when Mike Judge unwittingly gave us a vision of how the guys and gals of Generation X were the type of people who would flock toward the wave of popular fiction that would come to define the way we consumed books in the Aughts.

A quick synopsis for the uninitiated. Mike Judge’s Office Space, released in 1999, chronicled the mundane lives of three guys in their late 20s who worked at a computer company. They classically manned their cubicles, typed up their TPS reports, and hated every second of their nine-to-five. The film opens with Michael Bolton lurching to work in traffic. With his windows down, Michael blasts Scar Face’s "No Tears." Michael bobs his head with one hand on the wheel and sings along, out his open window to all of his gridlocked companions:

He refrains from the next two lines, “So when you put this motherfucker to the test/You gotta realize somethin' nigga: you fuckin' wit the very best,” not out of hesitation for using the racial slur or intrinsic embarrassment but because Michael rolls past a black man selling flowers. Michael closes his window and then locks the door. In the safety of his car Michael picks back up and ends the scene with the emphatic closing lines, “I got this killa up inside of me/I can't talk to my mother so I talk to my diary.” Michael has no killer inside of him. He has only fear and probably cries biweekly unlike Scarface, who never does.

Office Space had a cult following on prep school campuses in the early part of the decade. It reinforced the rebelliousness of Holden Caulfield by wrapping it up in the rap-loving paper pusher he might have turned out to be if he were born 30 years later. You would’ve been remiss to walk around a quad those days and not hear Scarface or “Damn It Feels Good to be a Gangsta” by the Geto Boys. The major fear of adolescents is conformity, which is superseded only by the tragedy of not fitting in. The trouble with fitting in is when it mutates and the sheer inertia of it mutes all better options.

Dan Brown’s novel The Da Vinci Code had sold more than 25 million copies in over 40 languages by the end of 2004. It took a stranglehold on the popular fiction genre and at one New England prep school The Da Vinci Code took home the prestigious honor of being assigned schoolwide for an all school summer read. The nomination did not come as a surprise, and the school’s preeminent man of letters gave the submission back-handed praise. Most students supported the nomination, and their excitement swelled at the prospect of reading a cool book over the summer.

The only challenging nomination that peaked any interest from the selection committee was for a book named Black Canyon Foliage by Gourmand Kingsley. The nomination essay described Black Canyon Foliage as a “modern answer to the coming-of-age novel that follows the adventure of its two protagonists along the train tracks of North Carolina in search of a plant with mythical healing powers found in Black Canyon. Their journey leads them to a truth much greater than the mythical plant of Black Canyon, but one of self and friendship.” The committee relentlessly searched for evidence of Kingsley’s “cult classic” but ended up short. Kingsley’s masterpiece turned out to be elusive as Kingsley himself was in his “disdain for the fame that came from marginal success and notoriety on the NESCAC post-doctoral scene.” The selection committee contacted the Library of Congress in hopes of finding reference to Kinsley and found nothing. The Da Vinci Code took home the prize and there was much rejoicing.

Stephanie Meyer dwarfed the success of Brown’s work with the Twilight series, selling over 120 million copies in less than seven years. Suzanne Collins seems well on her way to matching Meyer’s success by selling over 26 million copies of the Hunger Games series in under four years. Stieg Larsson’s Millennium trilogy featuring The Girl with the Dragoon Tattoo, clocks in with around 60 million copies sold since 2005. JK Rowling topped the 400 million mark in the middle of 2008 to entrench Harry Potter as the bestselling book series in history.

David Foster Wallace’s The Pale King has sold less than 300,000 copies since its release and won Salon’s book award for 2011. Catcher in the Rye has done decently in terms of book sales totaling around 65 million, but that total has been eked out over 61 years. To Kill a Mockingbird pales in comparison with only 30 million copies in print and Lolita, perhaps the greatest novel of all time, would be lucky to match 25 million.

The common defense for the massive consumption of popular fiction is that it gets people reading, which is better than watching TV or surfing the internet or tweeting.

I will buy that defense for children, but it seems as though reading Lolita on a subway would equate to Michael Bolton listening to Scarface with the window open. The Hunger Games is the conformist’s book of choice. Adults who deliberately choose to constantly escape into worlds with pubescent vampires and infanticidal dystopias need to quit copping out. They would rather not face the dark corners of their minds or recognize the horrifically mundane lives they might find reflected in literature. They would rather continually fit in.

The fact that popular children’s fiction outsells practically ever title on the Time Top 100 novel list by four or five to one ratio is symptomatic of a problem. Our refusal to open up even a tiny bit of room for literature shows it is always better to fit in—even it takes reading about vampire sex, child sacrifice, and fascist incest written for children.