Much Ado About Nothing

The unusual case of #firstworldproblems.org. 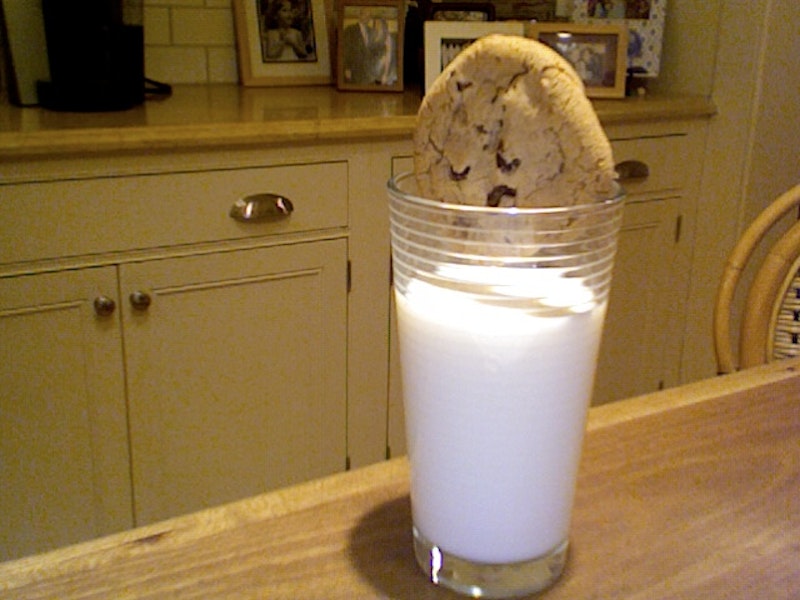 On a recent Thursday afternoon in lower Tribeca, Alexandra St. Claire and Blaine Vancouver sat at opposite ends of a cavernous office space, weighing their options.

Vancouver, in a traditional bullfighter’s costume, was engaged in a staring contest at a Dell workstation. St. Claire wore charcoal gray slacks and a worsted white turtleneck, both by Jill Sander; reclining on a padded chaise, she pecked indifferently at the touch screen of an iPhone 4S.

Vancouver turned away from his monitor. “So get this.”

St. Claire looked up. “What’s there to get?”

“So Grimes has a jewelry line, now,” Vancouver laughed. “Guess what it’s called?” Without waiting for a response, he added: “It’s called ‘Pussy Rings.’”

“Why isn’t there an emoticon for rolling your eyes?” St. Claire asked, not rolling her eyes, after a long silence.

“Wait, seriously? There isn’t?” Vancouver asked, swiveling fully around to face her. “I would’ve sworn there was.”

St. Claire, who resembles a posh Chloe Sevigny, allowed a shadow of a smile to ripple across her face and adjusted her position.

Vancouver, 25, and St. Claire, 27, are the co-editors of #firstworldproblems.org. Their daily routine consists of this sort of water-cooler repartee: one editor voices a recent fact or sub-meme, the other evinces a meta-meme from that fact, and then the process resets itself until the pair decamps for dinner.

“I mean, you have to eat, right?” St. Claire says. Vancouver rubs his eyes, and then devours a hangnail.

Before #firstworldproblems.org took flight, Vancouver, 25, made a name for himself as a freelance Baltimore blogger; St. Claire, 27, was an associate senior correspondent for Gawker. Connected while applying in person for the same Salon.com job last November—“’neurotically sociopathic’ doesn’t begin to describe Blaine,” St. Claire exclaims, but not unkindly—the pair joined forces in January to “re-legitimize minutiae, to make thematic non-sequiturs sexy again,” in Vancouver’s words. “It’s a cliché, but there’s no such thing as small talk; there are only small talkers.”

Visitors to #firstworldproblems.org will not encounter clichés, minutiae, small-talk, non-sequiturs, or any of the dozens of memes the duo have midwifed: the etiquette of high-fiving sarcastically, the color mauve as an unlicensed narcotic, the likelihood that Azealia Banks is the anti-Christ. The site exists without any hint of a template, a contributor’s list, or a promise of content to come: #firstworldproblems.org remains the same intriguing blank that it was when an unholy kilo of laundered Conde Nast cash willed it into being.

And yet people cannot stop talking, blogging, and Tweeting about what amounts to a high-profile non-starter. Vancouver and St. Claire attend lavish parties as VIPs, screen interview profile requests, and boast a list of willing and able freelancers that would be the envy of Tina Brown. Advertisers from the United States Olympic Committee to the Obama reelection campaign to Coca-Cola to American Apparel clamor for access, to no avail—#firstworldproblems.org lacks a telephone number, email account, or formal mailing address.

“I mean, the idea wasn’t to introduce existentialism to media blogging—it’s just that we began drawing historical page views before we could even publish word one,” St. Claire says. “And in a few weeks it became clear, as we started planning and writing and cultivating a staff, that nothing we could possibly offer a readership could measure up to that readership’s expectations when the sight of absolutely nothing remains so preemptively appealing to so many.” Vancouver remembers a meeting with Conde Nast executives in which the fact that the site’s readership continued to climb steadily despite an absence of discernible associated content as “surreal. I said, ‘we’re producing nothing beyond hype, yet somehow we’re wildly popular,’ and they we’re all ‘keep on keepin’ on,’ and then we looked at each other and were like ‘let’s go for gourmet Thai take-out.’”

Back in Tribeca, St. Claire and Vancouver continued to weigh their options. By late afternoon, a verdict was in, of sorts: Vampire Weekend, Vampire Weekend.