Washed Out, Sold Out 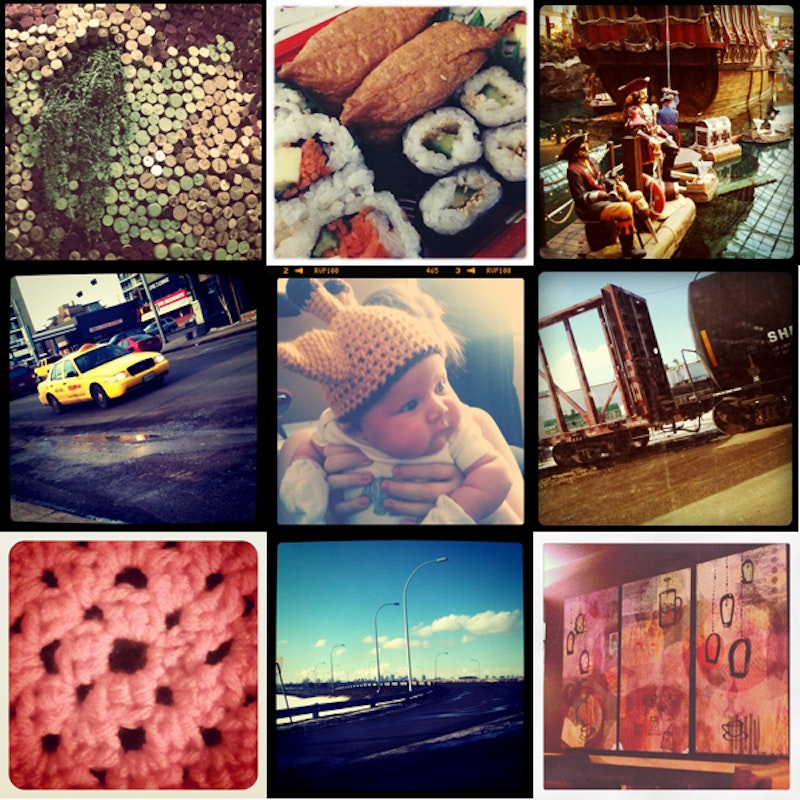 Don’t use Instagram. Please don’t. We’ll get someone else to take your photos for you. Now that Facebook has acquired the 12-man photo-filter company, their blown-out and cold sepia-toned look is bound to become more ubiquitous than ever. Think about how much that is going to suck. Instagram photos look awful. For one thing, you can’t scrub that filter off later. Your photos are ruined forever. There’s a million ways to touch up your photos anyway, and it’s not like you need Photoshop to color correct. People can take crappy looking pictures all they want, but can you imagine how much it would suck if most of the photos you see are digitally processed and stained forever?

The Instagram filter looks stupid. It’s a Polaroid imitation with none of the warmth or rich saturation of its photochemical progenitor. Hipstamatic is just as bad. They’re dull and make your photos look like shit. Fine, do what you want, but do you really want your photos to be filtered that way forever? Photographs are moments frozen in time—every photograph only becomes more interesting the older it gets. Memories morph and distort over years, but photos stay the same. As far reaching as Facebook is, it’d stink if our photographic record were tainted by bad cross-processing. Your phone has an incredible camera! The iPhone 4S shoots 1080p video and 8 mega-pixel pictures. Anything you shoot already looks amazing. We’re so close to having pictures as detailed and sharp as the human eye, why gild the lily with such gaudy paint?

It’s already bad enough we don’t print photos anymore. The average person doesn’t think about the potential Digital Dark Age, when huge chunks of our data and accumulated history could disappear with no physical trace. Already, photos stored on floppy discs are difficult to recover—what about your computer hard drive, or your phone in 20 years? Even if Facebook takes over the Internet, their cloud won’t be around forever. The more of ourselves we put into the cloud, the less we get out of it. I’m the kind of person who loves taking photos to look at later, years later, and putting all my photos in the invisible hands of Facebook feels a lot less secure and personal than a shoebox full of prints. Instagram mimics Polaroids in a barf-worthy way, and they won’t age well at all. Just avoid this junk.