What it means to lose a loved one... 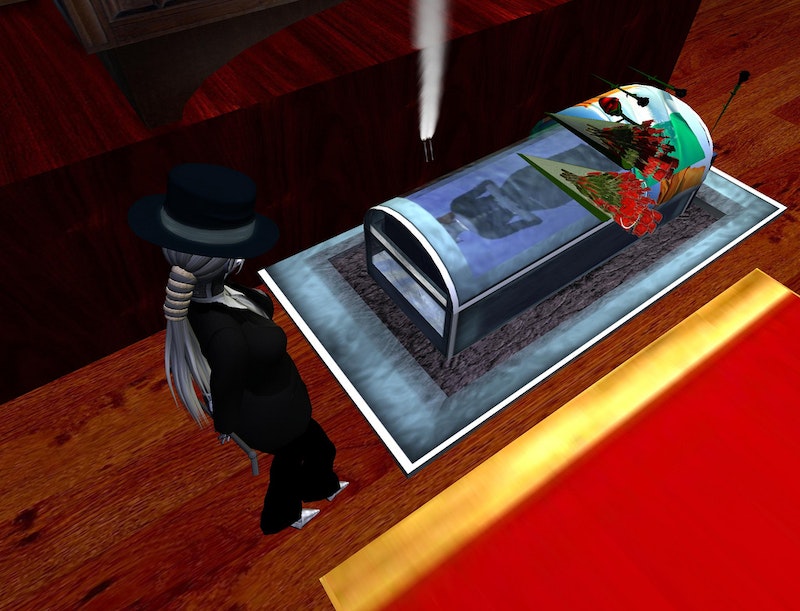 Six years ago, I adopted my third child. I named him Samson, after the strong man with the long hair in the Bible. Although I was the one with long hair, I figured we could succeed at anything. Samson had an extremely enthusiastic attitude. He was out to make his mark on the world from the beginning, even without coming from a powerful family name like Dell or Apple.

Most folks called Samson a laptop computer. I called him my third child. Samson soon let me know, however, that even if I loved him and he was indeed brilliant, he was no child. In fact, he became my closest confidant, my partner, and my best friend.

No matter how large or small the problem, Samson was always ready to help. He constantly supplied encouragement and inspiration in times of doubt. He walked with me through daily trials as well as great successes. Samson was happy to work behind the scenes, directing success, as opposed to wanting to share the limelight. He preferred to do his good deeds in private, instead of a flashy public display. Unselfish, he was content to receive his rewards for his good deeds by private praise.

Samson was somewhat quirky and opinionated. And as only a best friend can, he'd let me know if our project, or my writing, wasn't up to his standards. Sometimes, he'd just give me a little warning bleep. Other times, he'd scrap what we had been working on, ready for a fresh and better start. He believed in me, in us as a team, that we could do anything we set out to do . . . and do it better than anyone else could. Like me, he preferred a positive slant on the big picture of life.

Loyalty was but one trademark of his integrity. He proved to be absolutely trustworthy, even to a person whose best virtue is not trust. I recall one time when Bantam Books wanted massive re-writes on a 400-page novel, on a very tight deadline, Samson worked for 31 hours straight. Whispering encouragement, he was consistently excited about what might be around the next corner of our creation. He was there for me, whether it was day or middle of the night, never with a complaint, he was always ready to rock.

Samson was also always ready to travel. He'd been all over the USA. He'd worked in vehicles, jets, motel rooms, or on battery out in the wilds of nature with awe inspiring views of beauty created by God's masterstroke of brush and palette. That was Samson, always ready for an adventure.

Occasionally, Samson would be a bit of an outlaw when writing program code. He could make true false and false true, so a computer program would react however he wanted. I'd even seen him take pirated software without a keycode, play with it a bit and make it sail. He was fun.

Samson wasn't much of a whistler, but sometimes he'd sing to me; sometimes through iTunes, and at other times by borrowing music off the Internet.  That was Samson, helping me any way he could, setting the mood to spur my fingers into a blue over his keyboard.

Samson had a great way with children, taking the time to be up-close and personal with my kids. Although he never came right out and said it, I believe he enjoyed playing games with them, making them laugh and capturing their full attention. Samson also never complained about the stress, or all the times he comforted my child or me in the wee hours of the morning from a hospital room.

Hardworking, goal-orientated, diligent and honorable, Samson was all that and so much more. He was strong like his namesake.

He always gave 150 percent, speeding like a bullet toward our goal. Best of all, Samson knew how to keep a secret. He'd lock them away under a password, encrypted, so only he and I would know.

Many people might not realize this, but Samson was my partner when I worked as a newspaper reporter. He took care of spell-checks and such, faxing to the newspaper office, or sending the articles to the printer. He never missed a deadline. Never.

One time, I couldn't bring Samson along; he had to wait in the car while I sat through another day of a grisly murder trial. Later on, when we were alone, I stared at Samson, his blinking cursor on a blank page, sickened by what I had heard, the grotesque images I had seen, not wanting to remember, not wanting to share it with the bloodthirsty public that had been thriving on the gruesome story. Samson waited patiently, despite the clicking deadline, and then gently prodded me for insider courtroom details of the murders. He told me to share it with him, to paint a picture with words of the ugly photographs; he promised to take it away from me. And he kept his promise, taking away the vivid recollections that I could have done without ever seeing, or knowing, thinking they would haunt me until the day I died.

One day Samson started acting sick. I broke out the first aid, but it was no Band-Aid illness. It wasn't a virus or malware. It was not simply a software conflict attacking his hardware components. I took him to a doctor, a specialist who had the nerve to announce that Samson was obsolete! The doc told me that it would be best to end Samson's suffering, to let him die with respect, opposed to major surgery that would have only prolonged his illness.

Very soon, Samson lost control of one major function at a time. He apologized on the day when he could no longer take our creations and copy them to DVD. Brave in the face of his debilitating sickness, still wanting to work with me, to be my partner, my trustworthy confidant, my best friend, that was Samson.

Before too long, Samson started experiencing major problems with his memory. He wanted to go online, so I humored him. However, he ended up in a battle against malicious hackers that night. He fought with honor, defending me to the last.
With his last breath, he whispered these words across his screen, "Adopt a Samson II. Make sure he kicks butt. And don't cut your hair."

I loved Samson as much as if he had been my natural born child and shared the same blood. I mourned his loss until the grief lessened enough for me to take the advice from his dying breath. I did adopt a Samson II. He's so powerful, but he'll never replace Samson in my heart, even if we are about to succeed in the biggest venture Samson and I started. Samson deserves honor, tribute for his unsung good deeds. May Samson rest in peace. May his memory be perpetuated in our hearts, and the Interwebs, as a symbol of undying love.