No Google for Cougars 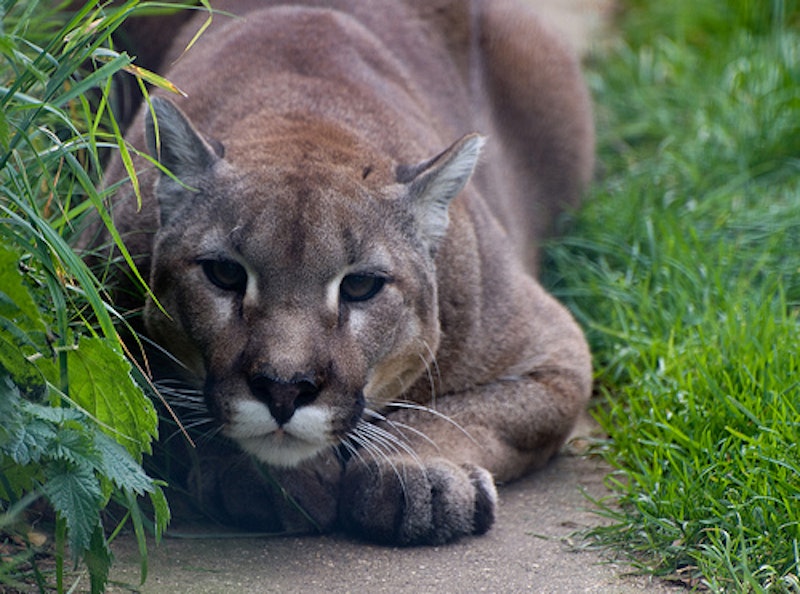 Apparently the Gods of Google have descended from Cybertopia Mountain to issue a new commandment, inscribed in search engine optimized stone.

“Thou shalt not be a cougar.”

“Nonfamily safe” is the term the puritanical Googlegods apply to Internet searches for sites involving the cougar, a general description for older women interested in dating younger men. The tv show Cougar Town drew recent attention to this dating demographic, first made popular in the classic 1967 film The Graduate.

Interestingly, Google is choosing to take a financial hit to stand up for its old-fashioned family values. They pulled ads for sites like cougarlife.com from 6700 websites. The Toronto-based Cougar Life.com has a half a million men and women members and was paying Google $100,000 a month to manage ads prior to Google’s edict.

“It’s just wrong all around,” Cougarlife.com President Claudia Opdenkelder (who is 39 and lives with her 25-year-old boyfriend) told The New York Times. “It’s age and gender discrimination. It’s just about older, successful, independent, strong women who enjoy someone that’s younger. Some of the men sites, they’re borderline prostitution, and Google has no problem having them advertise.”

What is the matter with Google? I am not sure whether 1954 is on the phone or it’s actually Victorian England sending a telegraph, but the long-ago past wants their outdated, pseudo-Christian values back.

Oh, and sugar daddies are safe, by the way: their ads have not been pulled.

True confession: I visited cougarlife.com. In an effort (ahem) to (cough, cough) research for this article. Additional confession: I turned 40 last year, so I am firmly camping out in the cougar den. I discovered a few things. First of all, the definition of a cougar:

“Cougars are Women in their prime: independent, sexy and wildly successful. They enjoy men that are youthful, fit with the same zest for life. Cougars are classy, confident women that already possess many of the finer things in life—but now want the young, hot guy to go with it.”

This guy, by the way, is known as a cub.

Honestly, if I weren’t a married mother of four (um, and if I was hotter because I had magically lost all the weight from those four kids… and maybe had a new set of hooters as well…) I’d think the site was smoking hot! Demi Moore made it look sexy, and this site is offering opportunities for older women to meet younger men. What’s the big deal, Google?!

In Times article, San Francisco psychologist Lonnie Barbach said, “It’s relatively new that women have felt O.K. to be sexual and be attractive and continue to be alive in that way as they aged.”

I am just sorry it is new.

I say thank goodness magazines like More are out there on the shelves telling women it is ok to not be 18 anymore. I wish there were more media images presenting aging women in a positive light. Of course, Meryl Streep did her cougar’s share of this work by becoming a bigger movie star in her 60s than she was in her 20s. Oprah is 56. Ellen DeGeneres is 53. Sandra Bullock just won Best Actress at 45, and celebrated by dumping her husband and adopting a baby.

Women don’t have to be young to be successful. Deal with it, Google Earthlings.

If a woman does not want to curl up and begin a career in knitting at a nursing home, good for her! And if she is 40 or 50 and wants a boyfriend who is 25 and he loves more mature, less insecure older women? Great! Why is Google deciding it is their place to condemn this?

A summary of my thoughts on the matter?