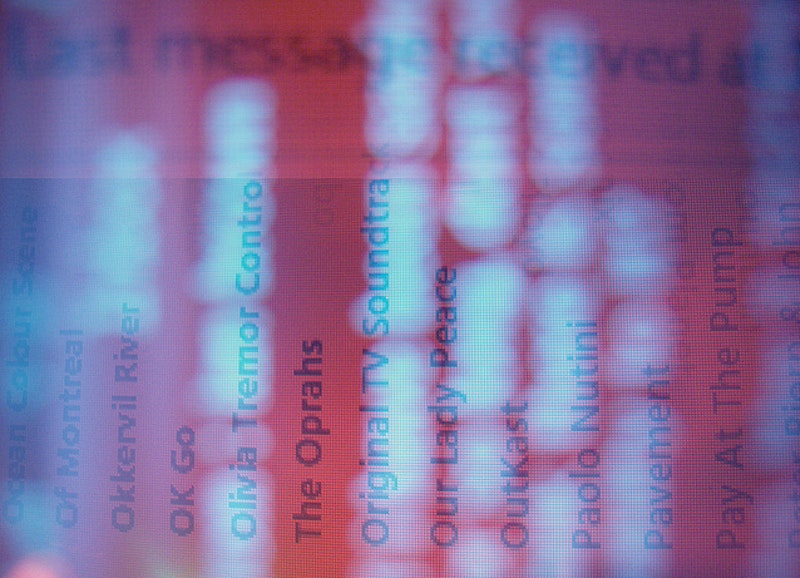 Kim Dotcom is not a bad man. The Ralphie May-lookalike and really fat man founded mega-popular file-sharing site Megaupload in 2005 and has been living inside a Kanye West song for far longer than that. This self-portrait says it all. But Kim Dotcom’s not a vicious pirate. He’s more like a Robin Hood with exceptionally bad taste and tact. Megaupload constituted four percent of all Internet traffic at its peak, and only a month ago got its own celebrity tribute song. People shared movies and albums, yes, but his site was also an invaluable depository for personal files, for free or very cheap. All that stuff is lost now, as the FBI shut down Megaupload and arrested Dotcom last week for vast copyright infringement and a claim of “$500 million in lost revenue.”

Dotcom had planned to launch an iTunes competitor called MegaBox this year, a digital music store that would’ve bypassed the music industry altogether and given artists a 90 percent cut on their sales. Obviously, the RIAA and conglomerates like Universal Music Group are having none of it. They never will. The old media world has seen the writing on the wall since Napster, but has continued to sue and arrest people out of blind desperation to save their already crippled and rejected business model for over a decade now. Kim Dotcom might be personally repulsive but he’s simply the latest Sean Parker: a smart-ass with a better model and the balls to do it. A 90 percent cut is what artists should receive. Why should Apple and Universal get 70 percent of your profits without manufacturing costs or substantial advertising? They shouldn’t. Theirs is a fraudulent system where bureaucrats profit off the hard work of others. Kim Dotcom is no more a crook than Chris Dodd.

The music industry is not smart enough to compete with free. It hasn’t helped itself at all by scolding and abusing the people that have abandoned it in droves. They haven’t realized yet how obsolete they are. There is no reason an album should cost more than $10 now, especially digitally. Without substantive management, promotion, and booking, major labels don’t deserve a cent of their cut because they’ve done nothing other than “sanction” the product. A 90/10 split is more reflective of the energy and time spent making the thing, and who’s responsible for its existence. Ninety percent to make, 10 percent to host. It’s utopian in comparison to what we have now.

But there can be no confusion: unmitigated piracy and chronic file-sharing is as morally wrong and damaging as unfettered corporate capitalism. Bill Maher was excoriated on the Internet last week for calling SOPA detractors moochers who wanted the right to steal. His panel filled him in on all the nasty restrictive side-effects of the bill, but the point stands. Filmmakers, musicians, authors, all artists deserve to be compensated for their work as much as a chef or a mechanic or a barber does. People seem to think just because they’ve been screwed over by a bunk system for years that they’re entitled to free shit. You often hear things like, “Why do you need my money? You’re already filthy rich.” “I’m not famous and no one wants to fuck me, so I deserve your entire discography free of charge.” It actually speaks to one of Mitt Romney’s stump points, that we’ve become a self-righteous “entitlement society.” He’s dead wrong when it comes to healthcare, but the iPod generation sees content as birthright. The constipated system we have now deserves to die, but the Wild West needs to be civilized. We need people like Kim Dotcom to build the infrastructure, but even more than that, we need to reinvest in our artists. Art should always be paid for—just to the right people.