No one should be shamed into doing the ice bucket challenge. 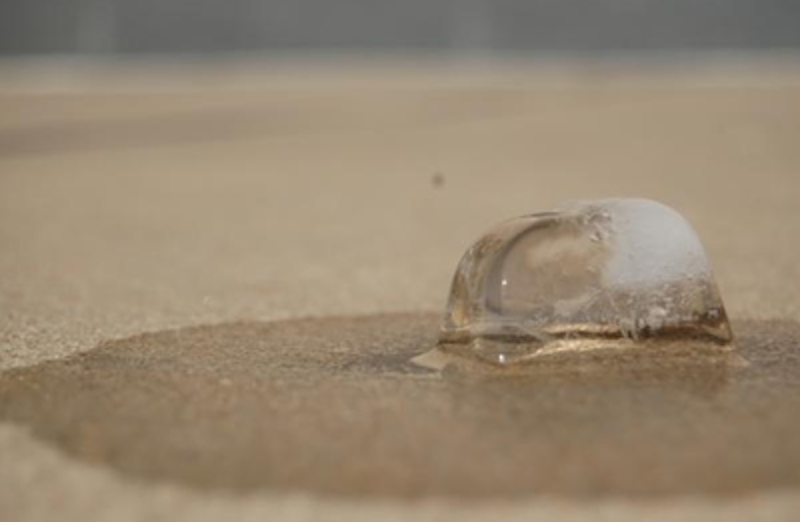 At the risk of being accused of not supporting something that’s raised millions of dollars—not to mention insulting everyone who’s posted videos on Facebook—I’m here to say that I’m sick of the ice bucket challenge.

I get that there are many reasons why the ice bucket thing is a good thing, most of them revolving around the money being raised for ALS (Lou Gehrig’s disease) research. I’m not saying people who want to shouldn’t go ahead and dump frozen water, hundred dollar bills, and whatever else they want on their heads.

What I am saying is that I don’t want to be pressured to participate. Yes, I was invited. I first found out about it over the weekend when my kids asked for money for ice and I thought they were trying to be helpful because the icemaker is broken. Friends made fun of me for not knowing about it sooner. I blame Facebook avoidance due to novel writing last week. I considered it and, like possibly dozens of other people around the globe, decided that I didn’t want to do it. I don’t like the idea of it: “Look at me, everybody! I’m dumping ice on my head and donating money and so should you- in 24 hours!”

"As for “raising awareness,” few of the videos I’ve seen contain any substantive information about the disease, why the money is needed, or how it will be used. More than anything else, the ice bucket videos feel like an exercise in raising awareness of one’s own zaniness, altruism, and/or attractiveness in a wet T-shirt."

That’s Will Oremus at Slate in his article “Take the No Ice Bucket Challenge,” who also points out that “a lot of the participants are probably spending more money on bagged ice than on ALS research,” and he offers an alternative to the viral trend.

His plan is brilliant.

".. I’m proposing what is sure to be an unpopular alternative to the #icebucketchallenge. It’s called the no ice bucket challenge, and it works like this:

•    Do not film yourself or post anything on social media.

•    Just donate the damn money, whether to the ALS Association or to some other charity of your choice. And if it’s an organization you really believe in, feel free to politely encourage your friends and family to do the same.

Congratulations! Not only have you contributed to a good cause, but you’ve done your part for the environment by conserving the energy and fresh water required to make and transport large bags of ice."

I love the idea of donating money. I donate money to things I can afford, when I can afford it. I thought about going down to the dock and doing a fish head challenge—because there are buckets of fish heads there, and I thought maybe I could raise awareness about the poor health of the Chesapeake Bay. But then I thought about fish blood and the open sores on many of the fish; all of it oozing into my eyes and nose and ears and no. Just no.

Being told to donate $100 to a charity of my non-choosing (and the bagged ice industry) within 24 hours is odd to me. I don’t have $100 to spare this week. My parents are in town visiting, it’s the week before my kids go back to school, I get paid at the end of the month, etc. I can’t be the only American who doesn’t keep a spare $100 emergency fund lying around to spend on random bucket dumping challenges. The “skeptical African kid meme” says it best: “So let me get this straight: you waste clean water as a challenge in order to avoid raising money for charity?”

I’m glad there are people who can afford it and are doing it. I’m happy money and awareness are being raised—although it’s really sad the founder died. I’m not trying to be an asshole or a rebel by not doing it. My dad had a stroke a few weeks ago (it’s what killed two of my grandparents), so if and when I do donate $100, it would probably be to the American Stroke Association because that charity is close to my heart. Charity is personal. I’m not “against” the people who are doing the ice bucket thing, I just don’t think those who aren’t should be ashamed.

I guess the problem I have with it is that, even as someone who works on the Internet and overshares about my personal life as a career, I think the public nature of zany ice stunts and the private nature of charitable giving don’t go together. It just feels icky to me.