The Circle is Real

Reality isn’t so far from the fiction of Dave Eggers. 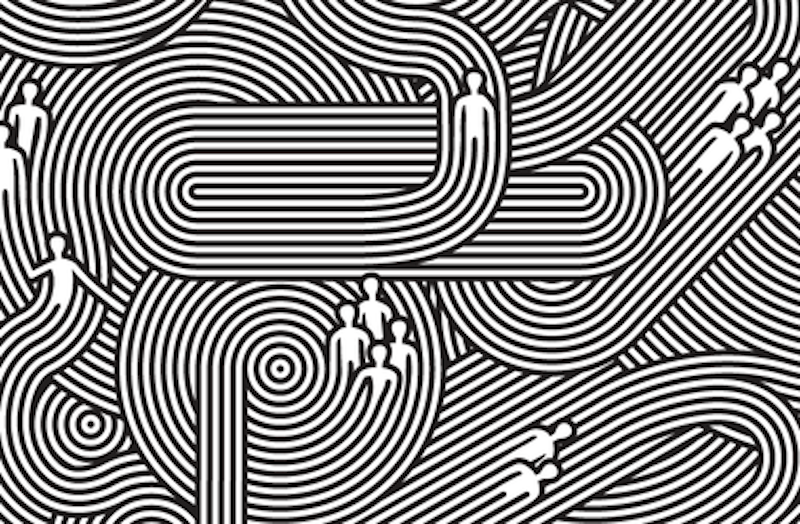 It’s always fun to find a new book to read right here on Splice Today. My colleague Nicky Smith, in his piece “Everything All of the Time,” reviewed Dave Eggers’ The Circle and I was intrigued. Another colleague Raymond Cummings read it, then my daughter Sarah, and, hearing all the chatter that convinced me it was a book I’d love, I finally managed to download and devour it between monthly book-club books.

“That’s what The Circle is about: the neurosis of a constantly annotated and documented life, how we try to expose and catalogue the alchemy that is our personalities into numbers, charts, and list serves.”

Nicky has already reviewed the book far more eloquently than I could. I’m just seconding his nomination of a great read. (As a side note, the book reminds me of another book I read not long ago and also loved: Ernest Cline’s Ready Player One).

Eggers’ The Circle is the near-futuristic story of a company (known as The Circle) basically taking over the world because they are all-seeing and all-knowing thanks to technology and social media. It’s like what could happen if Facebook and Google merged (you never know) and owned not just the Internet, but also our souls. What happens to crime when there are cameras all over the globe streaming everything that happens everywhere, live? Privacy is a thing of the past in a novel that seems not-too-far-off in the future.

The book asks the question: would you insert a chip in your newborn baby so that if he or she were ever abducted, you’d be able to get the child back? I’ll bet you there are parents who would. If the kid already has a chip, then you can follow their movements everywhere, so no more sneaking out in the middle of the night or skipping class.

The part of the novel that creeped me out the most is how close it is to what’s already happening. Changes in Facebook privacy policy, Google’s ability to know everything about us based on our Internet search history, and “location services” monitoring our every physical move are already real. The book asks, “what’s next” and the answers are terrifying.

“It might seem naive or overly earnest to criticize the cancer of the Internet through a 450-page novel, but whoever reads The Circle will delight in how Eggers eviscerates the forced corporate smiles, the people whose moods must never dip below “Awesome!”, and how easily people will submit to total surveillance.”

Nicky is right in his use of the phrase “the cancer of the Internet.” As someone who’s worked on the Internet for 10 years, I feel the omnipresence suggested in the novel already exists far beyond what the average person imagines. Seeing an ad for small cameras that could be worn on police uniforms recently (in my Facebook feed) as a result of the Ferguson events reminded me of the book. Wouldn’t we collectively agree that these cameras would be a good thing, if we could simply review the video of what happened to Michael Brown? This is the thinking that is behind the very creation, existence, and goal of the fictional Circle company whose slogan is “ALL THAT HAPPENS MUST BE KNOWN.”

“If things continue this way, there will be two societies—or at least I hope there will be two—the one you're helping create, and an alternative to it. You and your ilk will live, willingly, joyfully, under constant surveillance, watching each other always, commenting on each other, voting and liking and disliking each other, smiling and frowning, and otherwise doing nothing much else.” (Dave Eggers, The Circle)

Reading the novel made me want to delete every social media account I have and move to the woods and be some kind of reclusive writer who only emerges once a year to turn her (typewritten) work in via snail mail to a publisher. No spoilers here, but If I’d been the main character, Mae, I would have taken the “kayak the fuck out of here” option.