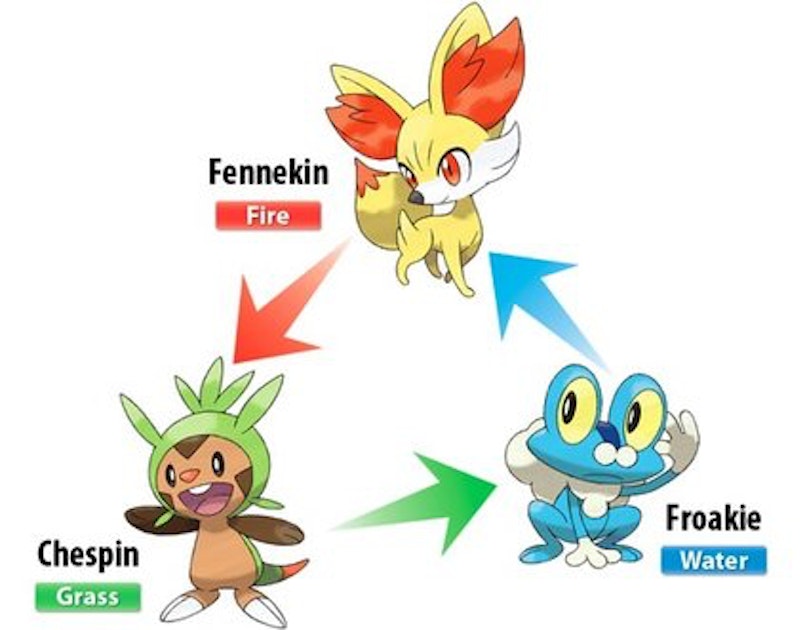 It's good to know there are still a few constants in today's world. When all else fails, it's a comforting truth that Nintendo will never, ever, stop making Pokemon games. Last week, we got a preview of the franchise's upcoming sixth generation, Pokemon X and Y, which will be available around the world this September. As these are the first Pokemon games to fully utilize the 3DS's potential, it's an exciting time to be a small child or emotionally stunted adult.

Luckily for me, I'll be ready come September, having just wrapped up the last two games in the series—Black/White 2 and Conquest, which are both franchise milestones in their own right. Black/White 2 had the distinction of being Pokemon's first direct sequel (it follows in the footsteps of Black/White, revisiting the Unova region after a two-year time skip), and Conquest expanded the Pokemon oeuvre to include tactical RPGs by mashing up the cutesy appeal of magical cockfighting with the grand strategy of long-running tactical game series Nobunaga's Ambition.

Breathing new life into a property that has historically been—let's be honest—predicated on a never-ending cycle of “Mom, buy this new one for me” is tough, so it's nice to see some freshness. The first Black/White versions are still the gold standard for flipping the script, though, with stories that feature a marginally sympathetic criminal organization and genuinely intriguing meditations on right & wrong and use versus abuse. B/W2 makes a good effort, but the formerly PETA-esque Team Plasma—a group of Pokemon thieves who justify their actions with “liberation” rhetoric that actually makes sense—has devolved into the usual buffoonish thugs, obviously concerned only with world domination. The main character's rival is mostly notable for his hair, which looks like he gelled it while hanging upside-down from the rafters, and spends the entire game looking for a Pokemon that was stolen two years ago and congratulating the player for being stronger than he is. I never thought I'd miss Gary Oak's signature “Smell ya later!” The games do have a neat feature that allows you to link a B/W file to your B/W2 cartridge, filling in your old character's name in some dialogue, but it's not nearly enough to distract from the thin overall plot. Going from a game that forced children to consider the relativity of truth to one that is literally black and white is jarring, to say the least.

That's not to say that B/W2 doesn't have its perks. What it lacks in depth of storytelling, it more than makes up for in multiplayer features. Pokemon has always been a social game, based around trading and battling with your friends. When I was in second grade that meant buying yet another piece of electronics to link two Game Boys together; now, it means being able to log on to the Internet and battle other players around the world from your DS system. But that was old hat back when B/W came out; now, Nintendo has found new ways to play with your friends, including Funfest Missions, mini-games reminiscent of Mario Party that eventually unlock in-game perks like faster leveling and rare Pokemon encounters. They've improved the region as well; there are more than 10 new areas and towns to explore that were absent or radically different in BW, all mixed in with familiar territory, so nothing feels stale. Sprite animations have been improved, you can now catch Pokemon from the previous four generations of games, the C-Gear and Pokedex have been redesigned... the number of improvements is simply too long to enumerate. While its story might not enthrall fans new or old, there's more than enough gameplay to catch anyone's attention.

Pokemon Conquest is harder to summarize, if only because nothing like it has existed in this culture before. It's not a bad game by any standards, yet I can't help but feel as though it tries so hard to be both a Pokemon and a Nobunaga game at the same time that it doesn't wind up being very good at either. Tactical fans will dismiss the tiny maps and deride the simplistic storyline—you're a headstrong young warrior out to unite the region as a prophecy foretold—while Pokemon fans are upset at the lack of choice in attacks and the overall availability of specific monsters.

Those quibbles aside, however, Conquest is a fantastic game, especially for kids who may just be getting interested in complex roleplaying games. Though there are many variables to keep track of, it never feels truly overwhelming, and mastering their application is quite satisfying. Children who are unfamiliar with the Pokemon games but have seen the show will probably appreciate a properly meaningful application of the “bond” between a trainer—sorry, “warlord”—and his/her partner in the form of “links,” representing increased performance if you and your Pokemon are close. Anyone who is already a Pokemon aficionado will be in heaven, even if only for the chance to see well-animated sprites attacking each other realistically for the first time in a Pokemon handheld game.

Yet, the true question remains: what does this mean for the future? From where I'm sitting, it's clear that Nintendo and Game Freak have revitalized their desire to create a new kind of Pokemon experience. It's not enough to just have a new set of 150 magical beasts to collect every few years anymore; we're living in the future now, with the technology that implies, and that means Pokemon has to step up to the plate. From what we've seen in the new trailer for Pokemon X/Y, the move to 3D graphics has opened up an entirely new playing field for those of us who like to catch 'em all. It's never been a perfect series, but given what we've seen from Pokemon recently, this juggernaut has all the momentum it needs to keep moving forward, breaking exciting new ground for years to come.