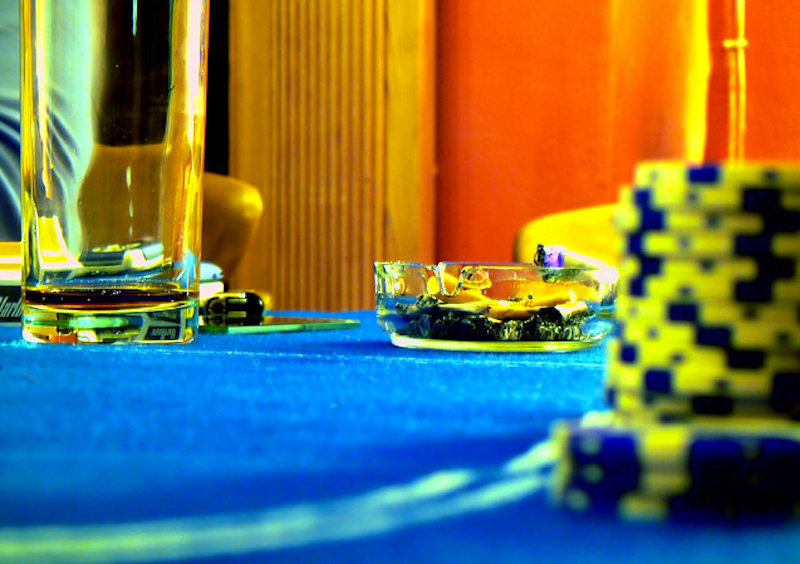 Figures released today by the Nevada Gaming Control Board show that state casinos took a huge hit at the end of 2012, with November revenue down more than 11 percent from the year before. This as the state finalized regulations for online poker, granting licenses to major casinos like MGM and Caesars to run online poker sites within the state, after proposed legislation by Sen. Harry Reid for federal regulation failed to win support during the Senate's December lame-duck session. Reid's bill, which would exclude poker from the Unlawful Internet Gambling Enforcement Act of 2006 (the provision of the SAFE Port Act that made operating an online poker room a felony, and resulted in the April 15, 2011 shutdown of the U.S. operations of three major online poker sites, a day that's come to be known as "Black Friday" among poker players) was perhaps the last federal-level effort to legalize and regulate online poker, as Reid's Chief of Staff David Krone confirmed: "Our goal is to definitely try again next year but Senator Reid's feeling is that after a while there comes a time when you've lost momentum, you've lost the consensus you've built. There will be a window next year, but I don't see it going long."

Meanwhile, the Poker Players Alliance (PPA), formed after the passage of the UIGEA, has confirmed that its focus for 2013 and beyond is now on state-by-state legalization. As PPA Executive Director John Pappas recently told Poker Fuse: "It has become clear that last year’s dysfunctional Congress was a huge obstacle in our mission to secure safe and regulated Internet poker. Sadly, the prospects of the partisan Congress working together in 2013 does not look promising."

So far Nevada and Delaware are the only two states to have approved online poker, yet the New Jersey State Senate recently passed S1565, a bill which, in part, allows Atlantic City casinos to offer online gambling to state residents. The bill will become law unless Gov. Chris Christie vetoes it before the Feb. 3 deadline (but that doesn't look likely, considering Christie's recent supportive comments). Other states are in talks about similar legislation and it looks like 2013 will be the year wherein a patchwork of states, all having legalized online poker, will come together in a shared market, no doubt forcing the federal government to sort out its stance once they realize just how much money they're missing out on. Both S1565 and a recent Nevada amendment leave open the option for "interstate compacts," the legality of which is lost on me, so we'll have to see how it plays out once Nevada's poker sites are up and running sometime in the next couple of months. Still, poker players rejoice, it looks like 2013 may well be our year.