The Rebirth of Bing 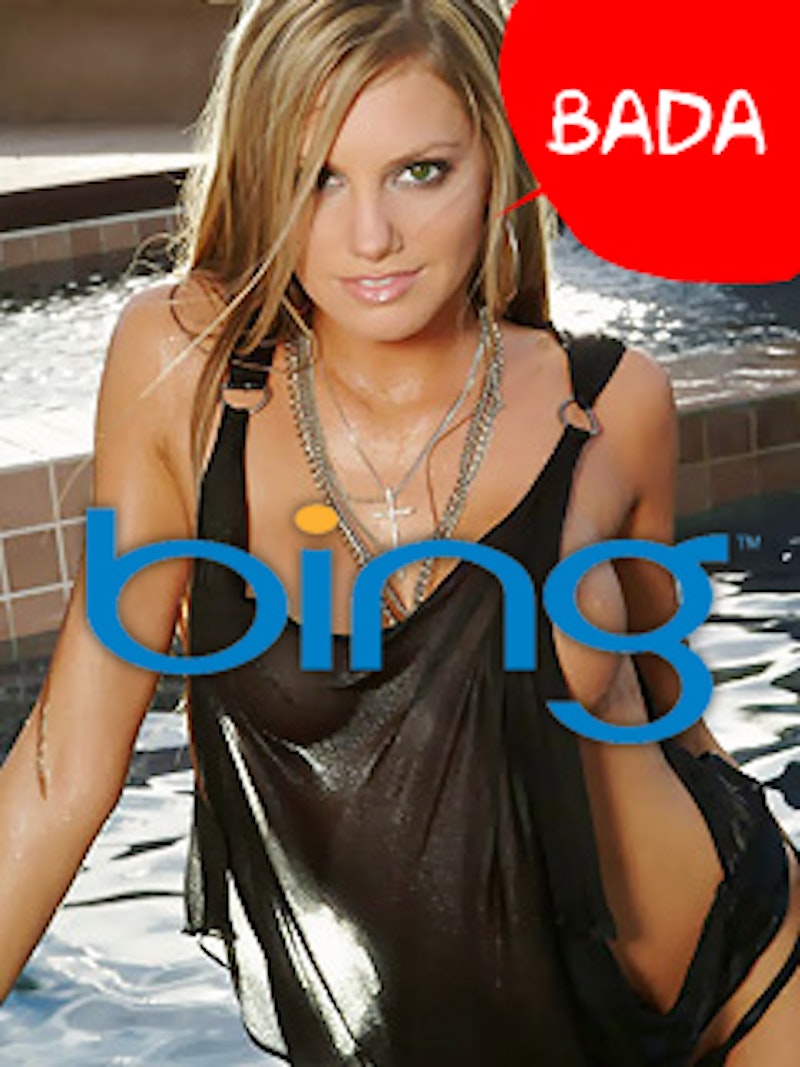 It's always been cool to make fun of Microsoft. From the grim association of office work with Windows, to the forehead-palming clumsy Explorer, to the bloated coding and obsolescence of their web design applications FrontPage and Publisher—not to mention Bill Gates' admirable yet goody-goody philanthropy work—Microsoft were always the nerds in town. (This perspective, of course, is in part due to Apple's genius, and perhaps evil, marketing.) So, in 2009, when Microsoft’s search engine Bing launched to compete with Google, everyone, including myself, sort of scoffed. Google was doing just fine, and all competitors felt inferior simply by comparison. Bing's ads seemed eagerly faux-hip, ingratiating to a presumed market, even petty with resent. When I saw Bing as the default search bar on my father's browser, it was official: Bing blew.

Life continued just fine. I Googled into all the things that mattered in my life: bus routes, restaurant menus, wiki entries, song lyrics, movie schedules, a mild perennial dose of 19th century French painting, and yes, porn. Coy at first, I would sign out of my Google account when entering some of my more crass and despicable searches—reasonably paranoid "they" were stalking, or at least tracking, me—then finally gave up. I settled for abstract apprehension, rather than the neurosis of control. Unabashedly signed in, my image searches yielded an array of horrendous images to which I lovingly exhausted myself. I imagined a marketing analyst (or worse, intern) leafing through such images the morning after, and dry gagging into his or her coffee. I'm a lonely pervert with peculiar tastes, and if Google wants to hop along for the ride, that's not my fault.

In December of 2012, Google changed their image search settings into what had been considered voluntary "strict" mode, that is, with explicit pornographic results excluded. They put out a statement full of contradictions—that they didn't want to give us porn, only what we were looking for. Irritated, my woody slowly nodding off from the logistical distraction, I confidently went into my search settings but quickly fell into a k-hole of cyclical links, without quite figuring out how to "uncheck" my safe settings into the preferred dangerous waters of carnal indiscretion. So I Googled this, which added another layer of meta-linking: using a search engine to figure out how to use it in a way it didn't want to be used. I was now flaccid, cold and clammy. The pants around my ankles felt like shackles of addiction. I cussed aloud in my apartment, fully inhabiting the word "fuck" in all its purity, and remembered this other lame search engine my dad and other farts use.

I Binged—which is oddly spelled the same as "binged," as in the past tense of binge—my way into my favorite porn actresses and franchises. The results were, alas, what I had hoped. Microsoft was last on this progressive bandwagon, still offering smut. If there's anything immoral about sex, it’s using it to manipulate or cheat on a person. A man alone in his apartment with his pants around his ankles is benign. These lovely ladies smiled, grimaced, or pouted from underneath their legs, their lush asses covered in the condensed reduction of man joy. Bill Gates, you pimp. That we are all in Plato's cave (c.f. The Republic, Book VII, c. 380 BC) does not preclude such warmth and bounty of its shadows. I often prefer such delusions to real life. With my free hand, I rolled over each image—popping them out as they morphed into each other using this weird effect—which I found unnecessary and somewhat annoying. Google doesn't do that, but wankers can't be choosers.