But First, a Word From Our Sponsors 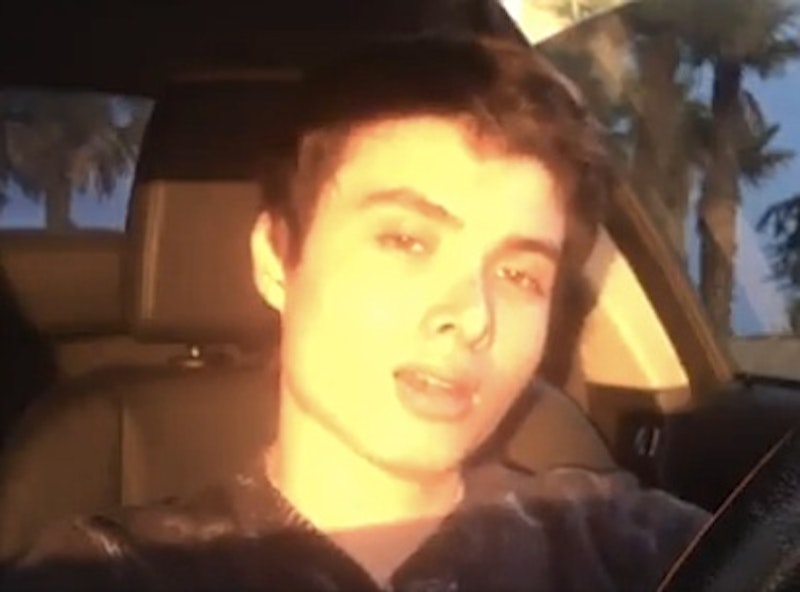 On the evening of the mass shooting in Santa Barbara, a close friend texted me a link to this news story about the tragedy.

Just the other day, I finally clicked the link and navigated down to watch the video manifesto which the friend had insisted was "just too Bret Easton Ellis."

Of course, first, there was an advertisement.

In the advertisement a young man is trailing a platoon of helmeted soldiers in fatigues who have just descended into an underground subway station. The soldiers are moving very slowly; it is clear that they are stalking a very dangerous enemy. The graphics are extremely high-level, hyper real to the degree that the line between live action and illusion is blurred. The enemy—and I don't remember what the enemy was—struck, and the soldiers began to engage that enemy with guns blazing. Now the young man, he could be in his teens, or early 20s, is hiding behind a nearby pillar, smiling lasciviously: a handgun has materialized within his grasp. He shakes his head dismissively, and that handgun transforms into an assault rifle. He shakes his head again, and the assault rifle turns into one of those gigantic military weapons that fire hundreds of rounds in a minute, the ones you see in Rambo movies. An expression of lewd rapture crosses his face; this is it, the right weapon, and with that, he joins the pitched battle already in progress. A screen identifies the video game in question.

The advertisement ends, and we meet a handsome young man gazing at us from the driver's seat of an expensive automobile. Sunlight floods his face through the windshield as palm trees look on in the background. "Hey, Elliott Roger here," he begins, exasperatedly channeling Will Ferrell channeling Robert Goulet in a Saturday Night Live skit. He should be wearing sunglasses hooked at the neck of his t-shirt, but he isn't, and as he speaks, he seems to stare directly into the sun, and into the camera, occasionally glancing off to his left, chuckling evilly upon arriving at particularly chilling moments in his monologue—the chuckles act as a sort of punctuation—sometimes rubbing his chin with a fist as if pacing his thoughts. The handsome young man's heart is beating through his t-shirt. His mien is measured yet barbed, smirks dissolving into sneers back into smirks even as his inflammatory rhetoric becomes more grandiose, more inflammatory, more Game of Thrones. The video cuts off in mid-sentence—the young man glowing, arrogant, stuck there in that car, with all of us, watching, frozen.