Theories for the decline of McDonald’s. 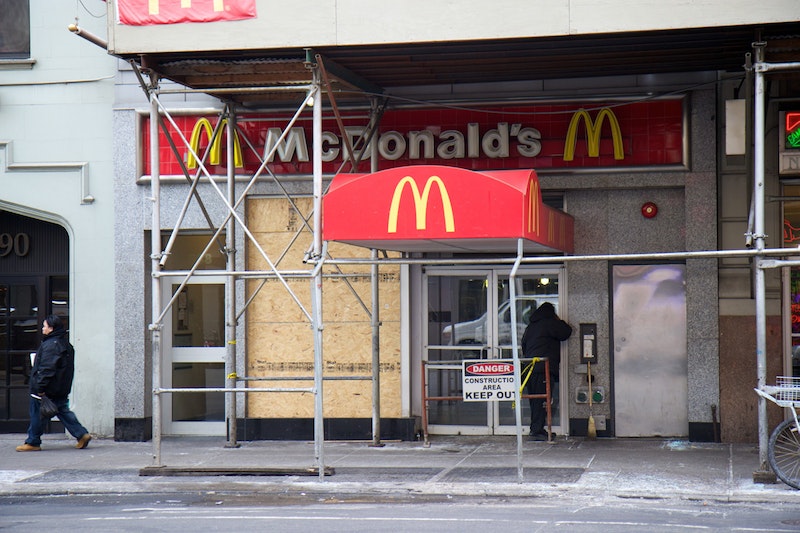 It seems like McDonald’s has been dying a slow death for years now, but a recent Business Insider report suggests the end may be nearer than anyone may have realized. I eat there very rarely; when I do, my experience is a more self-disgusted version of this Clickhole video. Eating fast food is similar to masturbating to pornography—it’s a necessary evil, a means to an end. There is little joy in the activity and you know on some level that you shouldn’t do it, but you do it anyway and make a point of letting a lot of time pass before you do it again. The difference with fast food is that there is real and empirical evidence—mountains of it—explaining why it isn’t healthy; if you aren’t cognizant of this, you are willfully ignorant or too young to care.

Adding to McDonald’s woes in this regard is the fact that it’s undeniably the avatar or standard-bearer of fast food; McDonald’s is everywhere. For instance, I live in the middle of nowhere, and there are at least three or four outlets within 10 miles of where I’m sitting right now. McDonald’s is an empire, and the ongoing push to increase the minimum wage will impact the standard-bearer more than its competitors. And those competitors? They’re legion, they’re healthier, many of them are less expensive on an individual or family level, and their employees somehow aren’t quite as jaded; there’s still something of a spark in their eyes, as though they’re part of something important or with the possibility of importance. Let’s face facts: if you’re wealthy, you’re cooking organic or vegetarian or whatever at home, or you’re eating somewhere else; if you’re not wealthy, you’re cooking at home or you’re making a point to eat somewhere cheaper and/or healthier. The McDonald's customer base exists somewhere between those two poles, and it’s dwindling, because everyone’s broke and wants to live longer. This is good news in a “consciousness” sense, and a nightmare in terms of the future anyone eking out a living as a McDonald’s employee in our present economic nightmare. God help them.