One angry chef takes the gloves off. 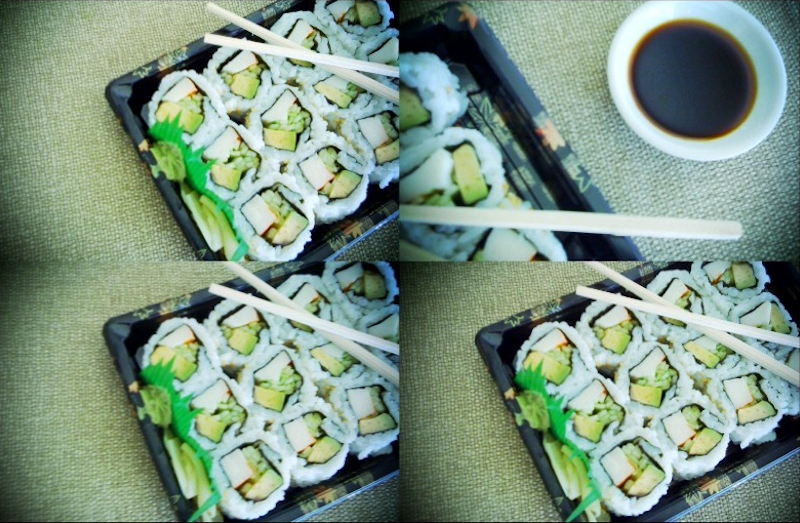 The New York City Department of Health (DOH) has identified a major threat to the public health and it’s on a mission to stamp it out. "If neurosurgeons can operate with gloves, sushi chefs can use gloves to roll teka maki," DOH pompously proclaimed in a recent statement released in defense of its quest to make sure all NYC sushi chefs wear gloves when behind the counter. It’s nonsense: brain surgeons don't make sushi, and they have their hands inside human heads.

Sushi is not prepared with gloves. What we now know as "sushi" has been prepared without gloves since the Edo period in 19th-century Japan, but that's not enough for the bureaucrats at DOH. Sanitization is emphasized right from the beginning of a sushi chef's apprenticeship, and they constantly wash their hands and rinse them in rice vinegar.

I’ve worked as a professional cook, and can assure you that nobody working with food wants to wear rubber gloves. Wearing gloves cuts down the sensitivity in my hands and makes handling a knife more difficult, but it's a much more serious problem for a sushi chef, who actually crafts all of his food with his hands.

Non-conformist sushi chef David Bouhadana has no use for the petty health inspectors who hound him, and he's paying the price for it now. Two of his acclaimed NYC sushi places have been shut down by the city because he and his employees were repeatedly caught not wearing gloves. Bouhadana has been particularly vocal in his opposition to the glove rule, and is claiming that the DOH is retaliating with a vendetta. One inspector ordered food thrown away in front of his customers. The sushi chef says that health inspections became more rigorous after he began speaking out, and his restaurant—Sushi Dojo—was knocked down to a "C" rating as a result.

The question is whether or not these health inspectors are contributing anything to society. Customers don't need an "expert" telling them if it's healthy to eat there when all they need is their eyes. I'd say the DOH is having a negative impact on society, as 17 people were put out of a job at 8:45 on a Thursday evening because the health inspector walked in and had a hissy fit over the non-issue of Bouhadana not wearing gloves.

Gloves don't even maintain sanitary conditions. The only thing that does the trick is constant hand-washing, which is not an issue at a sushi restaurant. The catch is the New York health code prohibits handling raw food with bare hands in any restaurant—at a sushi bar or a Wendy's. Many experts maintain that gloves actually make for less sanitary conditions, as certain particulates are more likely to stick to them than skin. The Center for Disease Control also found that restaurant employees who wear gloves are less likely to wash their hands than those who do.

Those 17 sushi chefs must think this is a messed-up country if we need ill-informed bureaucrats telling them how to do their job, at which they’re highly-trained experts. Had not using gloves for sushi been something to be concerned about, Japan would have discovered that long ago.

Restaurant workers and owners quake in their boots when the health inspector arrives. The inspectors like this, and enjoy parading around the kitchen and getting their asses kissed. It's a perk of the job, one that comes with substantial power. They can shut you down or give you a low rating, which is then available to the public.

The New York City inspection Nazis are a holdover from the Mike Bloomberg nanny state, when the then-mayor convinced New Yorkers he could treat them like children and even dictate their choice in soft drinks. Mayor De Blasio should make a call to DOH and tell them to lay off sushi restaurants. Before hanging up, he should order them to stay abreast of recent developments in their field, such as when California passed a law requiring sushi chefs to wear gloves last year, and just months later repealed it after its idiocy was quickly revealed.

If all the restaurant inspectors in this country were fired tonight, we’d survive. The marketplace would replace them and we'd save a lot of taxpayer money. When you eat at a raw bar, it's written on the menu that the oysters carry some risk. People at a sushi restaurant are aware of the risk too, but eat there anyway. If we see the sushi chef is not wearing gloves and we stay, that means we approve. We don't need representatives of a bloated bureaucracy throwing their weight around because we know the sushi chef is smarter than they are.