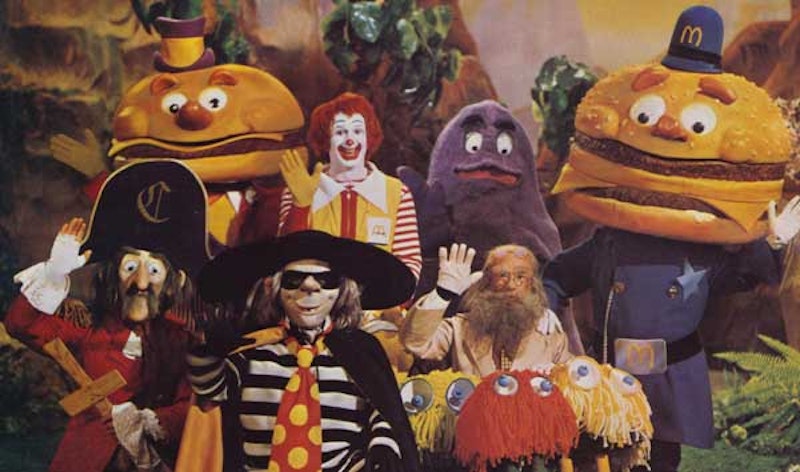 It’s been a hard couple weeks for McDonald’s, with reports that making breakfast available all day has made procedures too complicated and variable for the staff, creating fears among franchisees of the whole system breaking down.

Meanwhile, the gray buns they sometimes use in China get mocked, they’re beset by demands for minimum wage hikes, increasingly neurotic foodies and anti-GMO crusaders point to McDonald’s as the source of all ills, and there are rumblings about the company having to sell lots of its real estate to stay in the black.

I owe McDonald’s for innumerable happy memories and adequate meals—in a world in which most people lived on the brink of starvation a mere century or so ago. Remember how good you have it. I hereby vow to eat at McDonald’s once a week until they get over their rough patch.

My enthusiasm is shared by an economist friend from Italy—yes, Italy—who was inspired to move to America partly by her admiration for McDonald’s and the efficient, reliable global capitalist system it so well represented.

When I worked for the American Council on Science and Health, a colleague of the organization, implausibly but aptly named Soso Whaley, managed to lose a considerable amount of weight by eating every meal at McDonald’s and just being sure not to overdo it, as with any other cuisine. (My acquaintance Jon Rowe notes a 55-year-old science teacher recently pulled the same stunt, angering McDonald’s-bashers.)

Whaley was reacting to the often-annoying Morgan Spurlock, who had a short time earlier raised awareness, or something, by eating all his meals at McDonald’s, “supersizing” everything, and, what do you know, getting fat, thus proving that capitalism must be destroyed or whatever. I will finally, years later, forgive Spurlock, since it appears his new documentary is a celebration of American freedom in all its most bizarre forms. That’s more like it—and surely that freedom includes the right to the occasional batch of fries.

I doubt if Spurlock’s work will ever loom as large in my subconscious as do the inhabitants of McDonaldland in the TV ads. I am just old enough to recall the number of Grimace’s limbs changing at one point, which is obviously disturbing, but on a brighter note, those ads taught me about talking trees even before I learned of J.R.R. Tolkien’s rumbling ents. All of this is our heritage.

And if all that sounds a bit Halloweenish, take it as inspiration to join me at Shade Bar this coming Wednesday in Greenwich Village for “Libertarian Halloween.” If you consume enough of Shade’s booze and crepes, maybe they’ll be able to franchise one day.