Unscheduled Travel is the Best Kind

Sounds crazy, but that’s how our family rolls. 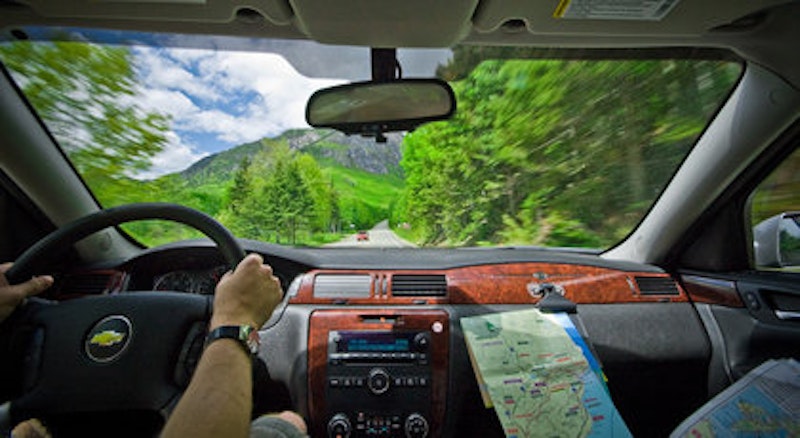 My family is that odd unit that subscribes to the theory that a trip takes you and not vice versa. Our lack of vacation planning astounds both friends and relatives. Right before our marriage, my soon-to-be husband had business in Ft. Lauderdale. I accompanied him, and we added a few days of vacation to the trip. When business was finalized, my fiancé handed me a map of the Caribbean, told me to close my eyes, and point to a location. I blindly pointed to Harbor Island, a then little known six-mile hole in the wall, off the coast of Eleuthera.

We caught a ride on the “ferry,” which in reality was a native in a rickety runabout. We were dropped off in an abandoned waterfront alleyway. A woman in a chicken-filled pick up truck kindly took us to an inn called Willie Willie’s. The roosters outside our windows awoke us every morning and the smell of ganga from the Rastas kept us up every night. We spent three glorious days on one of the prettiest pink sand beaches in the universe.

When my daughter was two and son still an infant, we decided to go to Mexico. We found a small stucco home in Belize. At that time, Belize was not unlike an unspoiled and un-policed Wild West. We visited shacks each day attempting in broken Spanish to buy freshly baked bread and the catch of the day. I have pictures of the children playing with the local kids and sitting in a restaurant at night, no electricity, Jaguar skins on the walls. The rest of the white children were up in Cancun, swimming in pristine swimming pools and having French fries for dinner. We nearly got hijacked for monetary corruption by a rogue policeman on a drive back from a remote jungle ruin. I snaked my way out of the highway bribery by pretending I was traveling with a sick bambino. Another day, another dollar not going to Third World corruption.

One year when my daughter’s best friend was getting psyched for Disney World, we were deciding whether to go north to the wilds of Canada or south to an island in Carolina. We packed and hitched the powerboat onto the jeep. When we got to the end of the driveway we had to turn right or left to determine our fate. In a fair family vote, Canada won out. Sounds crazy, but that’s how our family rolls. We danced on deserted islands, cooked freshly caught fish and had a transmission go out climbing a steep winding switchback road up a mountainside. Going in reverse downhill for over a mile with a boat had my husband spouting words that had never touched the kids’ ears before. In my book, some vacations are not true vacations without a touch of nightmare thrown in.

My daughter spent a college year abroad in Italy. I couldn’t wait to visit her. Coincidentally, her roommate’s mother would be visiting at the same time. As my departure date drew closer, I started getting emails from my daughter, each one increasing in panic and anxiety. “What are our plans, Mom?”  “Colleen’s mother has their whole itinerary planned day by day and their train tickets booked.”

I had no idea what our sightseeing agenda would entail. I had a hazy idea of the framework and was confident we could fill in the details along the way. I emailed her back, “Don’t worry, I don’t have a plan.”

I arrived in Italy, rented a Peugeot, set out on the 100mph Autostrada with a map for Tuscany, hopped up to Florence to see the Duomo, and headed north in blinding fog to hike through the mountains and vineyards of Cinque Terra. Every inn, every turn, every restaurant seemed to appear just to accommodate our needs. Sure, we had a few crazy moments like driving the car on a closed road into a throng of thousands of people at the Chocolate Festival, but the local police managed to escort us out. My daughter, in hindsight, was thrilled we hadn’t controlled each moment of the schedule, and relished the freedom to explore and let our travels unfold on their own.

My husband and I are now getting ready to embark on a backpacking trip in Colorado. We’ll start the trip on some trailhead near an abandoned lodge that we heard about somewhere in Crested Butte. We’re not sure how to get to it but most likely it will present itself by the time we arrive out west.