Everyone is equally terrified. 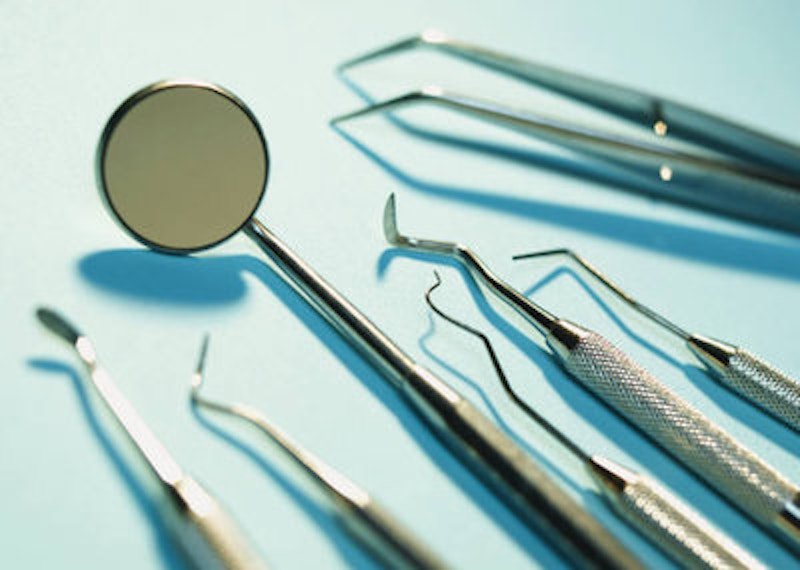 "Aren't you coming back with me, Mom?" asks my 10-year-old, nervously.

"Oh no, honey, moms aren't allowed back there when they do the fillings," I lie, with a subtle glance in the direction of the dental tech, daring her to invite me to join my daughter for her cavity filling. She gives me the "I got you" nod and pats her, reassuring her as they walk back into the depths of the dental office with its fluoride haze stench and the whirring and drilling of instruments creating a cacophony with the bad country music playing on all the speakers.

So I wait. She's my third daughter and after being a mom for nearly 20 years, this is somehow my first kid with a cavity. (The pediatrician said, “Guess she had to be first to do something.”) She's scared. I'm scared for her. I look around the waiting room and see that everyone here is scared in his or her own way. There's the man who looks like he just walked off of the farm field; with his Maryland Eastern Shore drawl he's already asked the receptionist three different unnecessary questions. Here's a woman who looks like she could crush small corporations with a single email; she's dressed to the nines but has crossed and uncrossed her legs dozens of times while flipping through magazines she would never read: Field and Stream, Glamour, even Guideposts. Another woman enters and begins knitting like her life depends on it. The metal needles clack against each other over and over in time with a twangy song. She will probably go home and not remember finishing half the scarf she started for her sister's Christmas gift. The baby-faced UPS man enters with a dolly full of brown packages. Even he is nervous. He looks around at the patients quickly, tension and silence clashing with country music. He smiles and says hello to no one in particular, with his eyes down as his dolly wheels, much in need of a blast of WD-40, screech across the tile floor.

Surely there is no more depressing place in the world than a dentist's office. Even the workers wear mandatory painted-on smiles. Maybe there are a few people—the ones who faithfully floss and brush twice daily without fail and rinse with mouthwash and are just here for their annual checkups and not some grisly procedure—who aren't frightened. There aren’t any of them in this waiting room. I guess they must be the only ones immune to the contagious tension I feel in this place even though I'm just sitting here waiting for my kid, feeling guilty for not going back with her because I was sure I would puke or faint if I had to watch her big blue eyes filled with fear as the dentist drilled her tooth.

Before the appointment, my daughter and I talked about how the anesthetic needle might pinch for a sec but it would mean the cavity filling wouldn’t hurt. We talked about how funny the dentist is. I retold the story about how when I got my root canal, I told him I was scared and he looked at me without smiling and said "Me too." We agreed again that he looks like Hugh Jackman; my kids call him "Wolverine." She talked again about how tall he is and how it must hurt his back to bend over all day. I knew she was chatty because she was nervous. She asked if she was going to get the gas that made you say weird stuff, like in the “David After Dentist” video from YouTube. I had recommended she bring her iPod to listen to music so she wouldn’t have to hear the drilling. She said it would be funny if the dentist heard "Do You Hear the People Sing?" playing while he worked, because he looks like Hugh Jackman in Les Miserables.

I had smiled and listened and tried to keep the mood light, but ultimately there was nothing I could really do to take away the fear of getting that crackly paper bib with the chain clipped around her neck, the terror of seeing a power instrument coming toward her vulnerable, open mouth, the death grip I knew she'd have on the arms of the reclining chair. She'd have to learn to face and overcome those fears on her own.

Not that any of us ever do.