The Shame of Losing a House

Comments from neighbors can't make me feel worse than I already do. 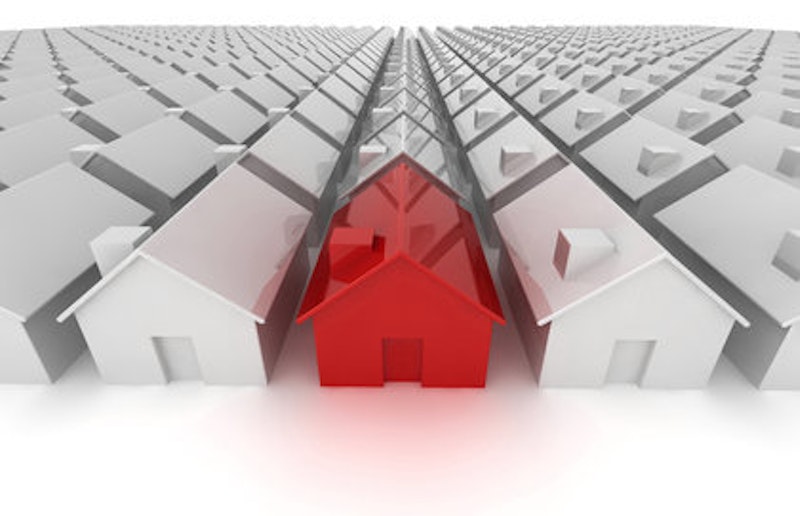 As I sit here in the driveway of the Victorian house where I raised my children, I feel nothing but shame. We moved out of the house six months ago, and it's been on the market but hasn't sold. It's a short sale or may end up being a deed-in-lieu; that's the one where the bank just takes the house back and erases your mortgage. Either of those would be better than foreclosure; in both, your credit is shot. We'll be lucky to ever buy a house again—we were fortunate to be able to rent a house and that was only because of my mad writing skills in the "pay no attention to those credit scores" letter.

This 1881 house was once my dream. I grew up in an apartment complex, so this was the first time I’d ever lived in four whole walls. We lived here for 13 years; we moved in a few weeks before 9/11.

I thought I could stop by and trim the hedges here without feeling anything, but was sadly mistaken. I've been avoiding the house, driving out of my way not to pass it. I'm surprised at the amount of emotion I still feel when seeing it. But the ghosts of children's birth announcements on the lawn, trick or treaters coming to the decorated door and soccer games played in the side yard haunt. The Tiki bar my husband built for my 40th birthday is overgrown with weeds. The old pool toys my son played with were left behind in the shed. My husband went to mow the lawn, and someone had stolen the lawn mower.

So this day, I trimmed weeds and cried, wishing I had the money to buy the house back, and more importantly the money it would take to make it habitable. We couldn't afford the $2000 a month it cost in utilities alone- there’s no HVAC; window air conditioners and space heaters cost a fortune to run. We didn't have the money to fix the leaking roof or broken plumbing or to buy a new furnace for the steam radiator system. We "walked away from it," which is what people say when they leave a mortgage and a house behind and move out. After we fell a few payments behind, the bank refused to take less than the full past due amount. We made the decision that was best for our family. I hope my kids have happy memories of growing up here, but that doesn't help with the guilt.

I know the neighbors resent us. I don't blame them, though they don't know all the circumstances that led to what was really an inevitable and unavoidable choice.

Of course there were circumstances. Three miscarriages, two children hospitalized, surgery that led to job loss, and more—an avalanche of debt, refinancing during the boom. The house isn't worth what it used to be. These aren't excuses, just realities. I don't feel like I deserve sympathy though I’d definitely appreciate some level of understanding, but neighbors who haven't been there don't understand, so the nasty comments circle around. The sanctimonious posts on Facebook talk about "people walking away from mortgages while the rest of us do the right thing." It doesn't matter—they couldn't make me feel worse about the situation than I already do.

I've spent two years hoping my novel will sell so I could use the money to fix the house up, maybe move back in, or at least renovate and sell it for a non-short sale price. But I haven't seen the first penny from the book, and have no way of knowing whether those pennies will be enough anyway. The house needs easily another $50,000 in repairs to make it even livable; we had four times that in it already. Those old houses are charming but they eat your soul and your pocketbook.

Maybe it’ll work it out, maybe it won't. One couple walked away from a contract because they found an article I wrote saying the house was haunted. Then some directors talked about renting it to film a horror movie—they were thrilled to hear it was haunted, but we haven't seen a contract. Whatever happens, the overwhelming feeling of shame at the state of the house of my dreams is one I'll probably never shake.