The Pointless War Against Gluten

Why is everyone going gluten-free? Because they’re idiots. 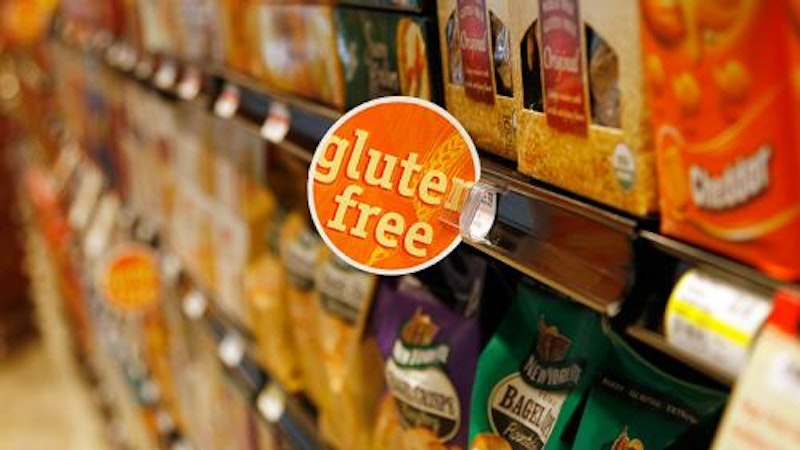 During the summer I work at a juice bar. It doesn’t pay much, but the hours are flexible and I like my co-workers. That’s about all you can ask for a part-time job.

Operating an industrial centrifugal juicer gives you a certain authority in the eyes of customers. The most common question I get is, “What will this do for me?” I have to resist the urge to say “probably nothing.” Instead, I rattle off a list of vitamins and minerals that are present in most vegetables, neglecting the fact that most of our juices have an absurd amount of sugar (I don’t know where everyone gets the idea that carrot juice is healthy, but here’s the truth: it’s not).

In reality, I could tell them anything and they’d believe me. This juice gives you energy, is good for the immune system, or it regulates blood sugar. I could say “This juice will turn you into Superman” and the next day they’ll come in with a red cape and giant “S” on their chest, asking me nervously if there’s any Kryptonite in the building. People apply a sort of selective processing when it comes to nutrition: they believe what they want to believe. Common sense plays no part.

If one person tells you that natural sugar is healthy, and another tells you the reality, that sugar is sugar, no matter where it comes from, who are you more likely to trust? The latter makes more sense, but the former sounds more fun. It’s widely reported that the latter is true, but people still insist that “natural” sugar is completely innocuous.

The same thing is happening with gluten. Except this makes even less sense. Gluten is found in wheat, barley, and rye. People who have an intolerance or sensitivity to gluten shouldn’t eat it. For everyone else, it’s perfectly fine. Then why are so many trying to go gluten-free? Because people are idiots. They see a label that says “gluten free” or “fat free” or “low sugar” and instantly think it’s healthy. People who restrict gluten from their diet with the sole purpose of losing weight are just going to end up spending more money on gross food. They probably won’t see any weight loss either.

People are insistent, though. They’re stubborn when it comes to fad diets. They won’t let anyone contradict the pseudo-science they heard on Today or Rachael Ray or whatever daytime talk show spews this garbage. Just the other day, a customer tried to warn me about the dangers of gluten. The conversation went like this:

“Well, actually, I’m a nutrition minor in college, and one of the first things they teach us is that gluten only has to be avoided by people with an intolerance to it.” I was trying to be polite.

“Well, what they’re teaching you is wrong, because I saw this documentary on Netflix,“ and then I stopped listening. I suppose the food industry and the media are the real culprits here. They’re the ones marketing “fat free yogurt” (with 30 grams of sugar) and advertising things like the Paleo Diet. They’re tricking people.

People need to take their health into their own hands. Stop trusting Activia and Tyson and Cosmo! Do you really think they have your best interests in mind? They’re trying to sell products, not change lives. Stop being lazy, and do some research for yourself. Oh yeah, and shopping at Whole Foods doesn’t make you a nutritionist.