The Logic of Capitalism

It’s difficult to be sure what’s ethical and what isn’t. 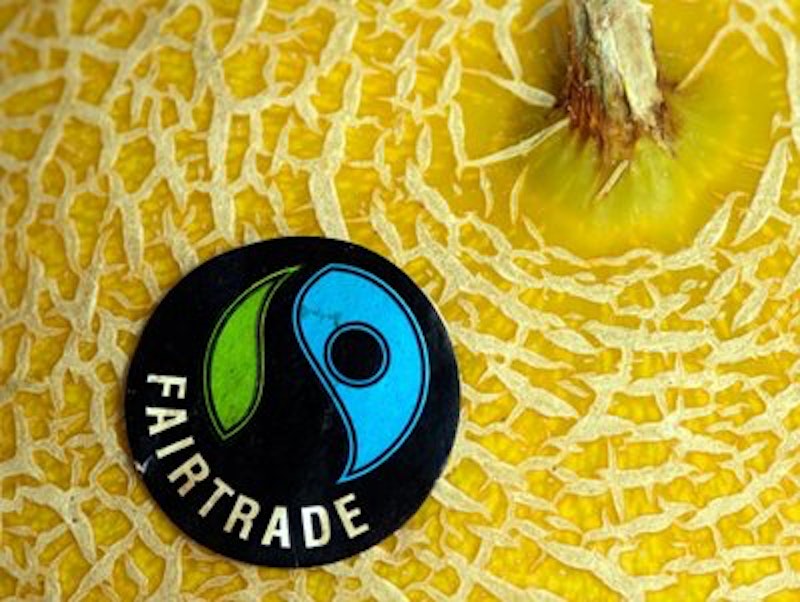 At a basic level, the idea of ethical consumerism makes sense to me. What you spend your money on is a choice. So you might as well choose what’s right. Use capitalism to make the world better. Money is power, as much as or more than a vote, so if you buy things made in a more equitable and sustainable way you are, in theory, choosing to use your power in however small a way to bring about a more equitable and sustainable world. Buy fair trade. Try to avoid clothes made in a sweatshop. Will it make a difference? Can’t hurt.

It makes sense. But capitalism’s got a basic logic that’s difficult to get around.

I try to buy fair trade coffee. That’s easy. It costs a bit more than regular coffee, but I can afford the relatively trivial price difference. I also try to buy fair trade chocolate. That’s not difficult, but there’s a more limited amount of chocolate goods available—fewer different brands of chocolate bars or baking chocolate or chocolate milk, and of course the ones that are available are more expensive. And I’m less sure that the effort has any practical meaning.

There are organizations that monitor chocolate producers, checking their production chains for child and slave labor. And there are brands of chocolate that make “fair trade” a selling point. But there’ve been allegations of corruption in the monitoring systems, questions raised about whether the extra cost of the chocolate gets passed on to farmers, even questions about whether fair trade practices help farmers overall. Even if you assume that all these issues are overblown, on a practical level it’s difficult to really know what’s happening at every stage of a production process when much of that work is being done in the rural developing world. A 2010 investigation by the BBC show Panorama concluded, “There is no guarantee, despite safeguards, even with chocolate marketed as Fairtrade, that child labour—as defined by the International Labour Organisation (ILO)—has not been involved in the supply chain.” It’s difficult to be sure what’s ethical and what isn’t.

A little while ago I went to a specialty jeans store, and explained I was looking for sweatshop-free trousers. The staff was helpful, with a thorough grasp of where each of the different brands they suggested came from; but, as one of the salespeople pointed out, the best garment factory in the world is a far cry from a worker’s utopia. It’s a good point. I bought two pairs of jeans there anyway.

The logic of capitalism is buy low, sell high. As a consumer you’re supposed to look out for yourself. The guy you’re buying from in turn looks out for himself. And the guy he buys from does the same, and so on all the way along. I don’t know if that logic is healthy. I don’t know that it works to bring about the best possible world. I want to buy goods as cheaply as possible. But I can’t stop wondering what I’m paying for. When I buy food and clothing, aren’t I also subsidizing the system that brings them to market? If so, shouldn’t I be subsidizing the system I think is fairest?

But at what cost? At my local supermarket I can buy store-brand eggs. Or I can pay more, and buy eggs from free-range hens. Or I can buy eggs from hens raised on vitamin-enriched feed free of antibiotics. But the store doesn’t offer eggs from hens both antibiotic-free and free-range. “Free-range” doesn’t mean much, according to what I read online—basically that the hens have access to a small patch of land—but then “free of antibiotics” probably doesn’t mean much either, in real health terms. On the other hand, if there’s a possible difference, isn’t it better to pay attention to my health?

This is the issue with trying to be an ethical consumer: every trip to pick up some eggs or coffee turns into a moral dilemma. And one in which you can’t really be sure what you’re actually supporting. You never know. You know?

But then, why not? Why aren’t more developed oversight systems in place? Why don’t trade treaties routinely include environmental provisions and labor standards? Again: the logic of capitalism. Businesses are used to trying to get as much as they can as cheap as they can. So are consumers. But that’s changing, at least a little. Why do fair trade brands exist at all? Because there’s money in it. Because there’s demand, which they’re supplying.

Slowly, capitalism’s beginning to move toward fairness. Cadbury’s begun using fair trade cocoa. Mars chocolate sold in the UK and Ireland is fair trade, and Mars has promised to use only certified cocoa in all its products by 2020. So has Hershey’s. Of course, that only applies to cocoa, not vanilla or sugar. The road gets longer with each step; you always find more to wonder about. But you do what you can, what you think will make things better, even if you don’t know. You know?

Sometimes there’s benefit to going the extra distance. Before seeing my friend’s film about garment workers I’d always bought cheap jeans, 20 or 30 bucks a pair. I paid just over $300 for the two pairs of non-sweatshop jeans. Which is a lot—but they’re the best jeans I’ve ever owned. They look good, but more importantly, they’re durable, thick, and warm. I wouldn’t be surprised if they last long enough that they end up being cost-efficient in the long run. Sometimes, trying to be fair to other people brings about tangible advantages. Even if the logic of the marketplace says it shouldn’t.