What is the point of the department's existence? 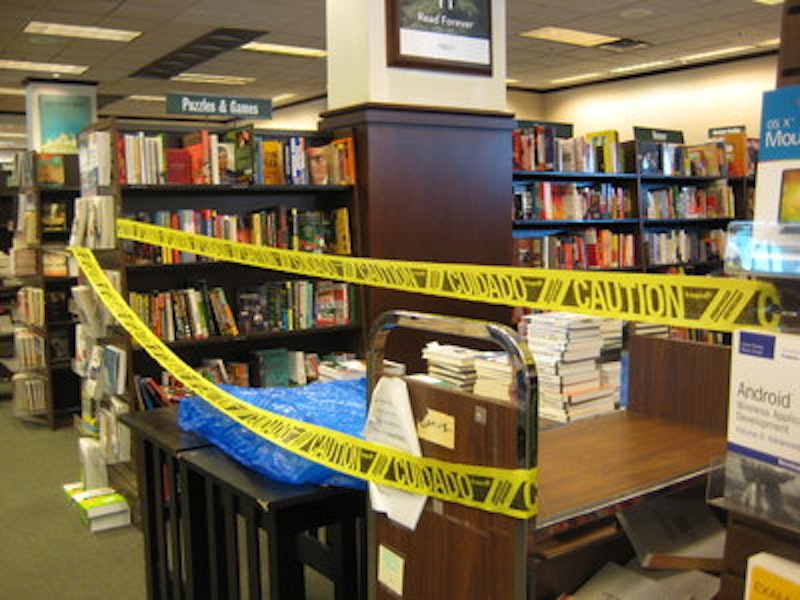 It was an impulse purchase. Had I any inkling the trouble it would cause me, the number of phone calls it would require, I'd have walked out of the Barnes & Noble I visited in December. As it happened, a nice-looking Nook tablet caught my eye. It had a seven-inch HD screen, a video camera, and was on sale for $99. Manufactured by Samsung, fit in my back pocket, and I could watch a Netflix show wherever I was.

The tablet stopped working a month later. I couldn't even turn it on. I knew the drill, having purchased another Nook a number of years back. Call customer service, tell them it broke, and they send a new one right away. So I call and the first thing they want is the serial number, which is printed way too tiny for me to read, even with my glasses on. The customer service rep then suggested I use a magnifying glass. I told him I didn't keep one on me, but he insisted on the number. I approached a college student I knew slightly at a lunch spot and explained the predicament. He gladly obliged, and wrote the number down for me. I read it to the rep, who checked it and informed me my device was purchased in October 2014, meaning the warranty had expired. I explained that I’d bought it just the previous month, but he was having none of that. I was too frustrated to continue and hung up.

The next day, I asked a stranger to read the serial number for me, figuring it was worth a second try. Customer service again told me I bought the tablet 16 months ago. I’d purchased it with cash, which I almost never do with electronics, so the rep told me I'd have to call the store and get the sales receipt. I did, telling the Barnes & Noble manager the approximate date and time of day of purchase, the exact dollar amount, and even which register was used. I spent the next three weeks calling the store—talking to three separate managers—and hearing "we can't find it."

I finally remembered that I registered the device with Barnes & Noble on the same day I purchased it, so I called Barnes & Noble customer service and asked them to check on the registration date. Nobody at Barnes & Noble ever thought to do this. They told me it was registered on December 7, 2015, so I called the store again and gave them the exact date of purchase. They still couldn't find it three days later. I’d been sold a defective machine, Barnes & Noble serial number records were also defective, and there was no record of my purchase at the physical store. Having made countless phone calls already, I tried to put it out of my mind, but then the Barnes & Noble store called me a couple days later, saying they’d found my purchase. The next day, the Barnes & Noble Twitter account direct messaged me that they had determined that I had indeed purchased the tablet when I said I did. The smoke was really clearing now!

Once again, I called customer service and this time they told me they'd send a replacement. It would arrive in five to seven business days. Relieved that the ordeal was finally over, I waited until day seven to call Barnes & Noble and ask where my tablet was. The supervisor informed me that I’d have to send back the broken one first before I could get my replacement. And this is when I finally hit the wall. I screamed at a woman over the phone in the middle of a parking lot. It was loud. It wasn’t this woman's fault, but I couldn't contain my rage any longer.

Hanging up, I went to the UPS store and sent the defective device to Barnes & Noble. Afterwards, realizing I'd neglected to remove the SD chip, I sent a Twitter DM to customer service asking them to send it to me when it arrived. Here is Barnes & Noble response: "Unfortunately, we do not have the option to retrieve the SD chip you left in the device and have it sent back to you. If you need a further explanation, please call NOOK Support at 1-800-843-2665."

My response: "What’s the point of your existence?" I'm still waiting for the answer to that one.