Chasing Michelin Stars Can Be Hazardous 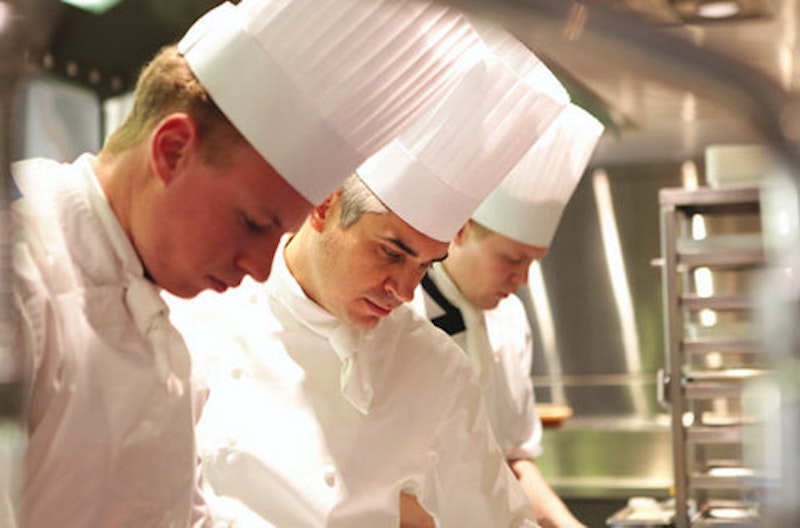 Running any sort of restaurant isn’t easy. Many people don't believe this, and they learn it the hard way shortly after opening one. They’re not chefs, because chefs know more than anyone the emotional, physical and financial toll the business exacts. Throw into the mix something like trying to maintain your Michelin stars—or just one star—and you've upped the ante significantly.

The latest casualty of this high-pressure world is Benoit Violier, of the Michelin three-star Restaurant de l’Hôtel de Ville, located in Crissier, Switzerland. Tasked with maintaining all those stars—the maximum Michelin bestows—Violier apparently was pushed to suicide. His body was found alongside a discharged shotgun last weekend—probably the same weapon he used to hunt the wild game he loved to serve at his restaurant.

Adding irony is the fact that Restaurant de l’Hôtel de Ville was recently named the world’s number one restaurant by the French Ministry’s “La Liste,” which ranks hundreds of restaurants in countries all over the world. That makes Violier the world’s top chef, in their estimation. This honor isn’t like being named, say, the world’s greatest actor. The actor, as Marlon Brando knew, doesn't have to live up to impossibly high standards day after day. Brando won an Oscar for his role in The Godfather, and nobody could ever take that from him. The chef, on the other hand, is expected to replicate his celebrated work nightly in the exact same manner on the plate—no second takes allowed.

Though long coveted in the industry, Michelin stars have fallen out of favor in some culinary circles. This latest incident will cast more doubt on a system that some are now openly rejecting. Many insiders claim that Michelin, with its Francocentric culinary focus, is out of step with contemporary dining trends. Some chefs are giving up their Michelin stars because they feel it inhibits their ability to innovate. They’ve grown weary of cooking complex tasting menus aimed at Michelin judges, preferring instead to cook simpler dishes. The realization that the vast majority of people don't really care what Michelin thinks has been an epiphany to this group of chefs, and it's freed them up to cook from the heart.

When I lived in Hawaii, I used to eat at least once a week at a place called Maui Tacos in the town of Kihei on Maui. The food was delicious and reasonable, and when I learned that its owner, Mark Ellman, was once a celebrated chef—one of the stars of Pacific Rim cuisine—I was initially surprised. But I was cooking on the island at that time, at a Four Seasons hotel restaurant, so I was able to understand this apparent contradiction. As a nightly participant in all the brutal, sweaty toil it takes to produce meals for high rollers, I could see the appeal of selling your single upscale eatery in order to open a small chain of taco joints that deliver good customer value.

Chef Violier’s death came hours before Michelin was due to release its 2016 “little red book.” Who knows if that played a part in his suicide, but what's pretty clear is that he gave his life trying to please, and some of the people were the wrong people. Good food isn’t that important. Celebrated French Chef Bernard Loiseau committed suicide in 2003 because of rumors Michelin would soon take a star from him, and that shouldn't have happened either.

The Michelin Guide has outlived its purpose. Benoit Violier said, “I go to sleep with cooking, I wake up to cooking.” Yes, he had a passion and followed it to become a great chef. He was at the top of his field. That should’ve been the story.