The Gold Standard of Dining 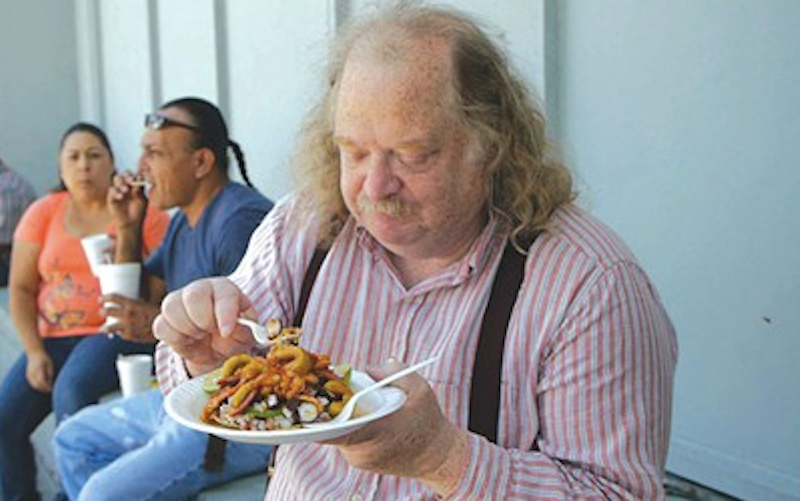 Any East Coast reader of restaurant reviews is familiar with the standard format. The critic dines at a restaurant four or five times and then dissects it, like a film critic does a movie. The film critic writes about the director's sensibility, comments on the cinematography, and talks about colors and camera work, while the food critic addresses service, ambience, and the chef's technique, flavorings, and influences. When a restaurant can put all the pieces in place and execute a flawless dinner service, you get a culinary Citizen Kane. When nothing works, you get Cats.

The West Coast reader, however, may have a different experience with the restaurant review. Instead of reading The New York Times, which has set the tone for East Coast restaurant reviews for decades, they're more likely to have been brought up with the work of Pulitzer Prize-winner Jonathan Gold (1960-2018), first in the LA Weekly in 1986 and then in The Los Angeles Times. While New York critics have always gravitated to haute cuisine, Gold, who Californians speak of in hushed tones of reverence, took a more proletarian approach in favoring the type of hole in the wall where you could get a fine, if not fancy, meal, and expose yourself to some new, imported flavors and cooking techniques.

It's not an exaggeration that Gold was “beloved,” which isn't a term you'd associate with an East Coast restaurant critic. More like "fear" if you're in the industry, or "envy" if you're a reader. Gold was as influential on the L.A. food scene as superstar chefs like Wolfgang Puck. It's not as if he couldn't review upscale, media-friendly restaurants, but you got the impression that a taco truck gave him more joy. The critic, who shares many traits with the late Anthony Bourdain, wasn't satisfied with describing how the jerk seasoning works perfectly with the hamachi—he wanted to tell stories of Los Angeles, just like Joan Didion and Raymond Chandler did, although his passions were more aligned with another teller of California tales, John Steinbeck.

If you'd just moved to Los Angeles, Gold could explain the city to you, much like artist Ed Ruscha did by depicting every building on Sunset Blvd. The literary and cinematic perception of L.A. is that of an exciting, yet brutal playground where Sunset Blvd. looms large and glamour and decay are found in equal portions. In Gold's more humble, quotidian Los Angeles, it was one big adventure played out on the city's sprawling tapestry of ethnic neighborhoods that are populated by hard-working new Americans who brought great value to their new homeland. Gold, who lived near Korea Town in downtown Los Angeles, made the lowly strip mall seem enticing.

Gold's broader, more democratic approach paved the way for a new wave of critics in California who are also concerned with much more than what's on their plate. Young women of color now have three of the most prominent restaurant review columns in the state. There's Soleil Ho at the San Francisco Chronicle, Patricia Escárcega took over Gold's old job at the Times, and Tejal Rao covers California for The New York Times. This new triumvirate offers, in addition to attending to the traditional duties of the culinary critic, cultural criticism with a progressive bent, coming from a place common to all—the dinner table.

Those who prefer not to mix politics with cuisine would be dismayed to learn that the Chronicle hired Ho to "confront questions of ethics and social justice.” Ho refuses to cover restaurants tainted by #MeToo allegations. Escárcega has spoken of using eating as a vehicle to discuss what's happening in the culture at large. Rao has described California's luxury dining circuit as full of superb dishes served with precision, but weighed down by a "sedating sort of predictability.” Like Gold, Rao gives the impression that she'd have a better time in L.A.'s Little Guatemala tucking into some Pepian de Pollo than dining with the city's elite at Spago.

The West Coast critics' focus on immigrant-run restaurants makes their columns more relatable—and useful—than the East Coast variety that people end up reading mainly for vicarious pleasure, because most will never dine at places like Eleven Madison Park and Le Bernardin. There's also the excitement of the glorious "burn," as when NYT restaurant critic Pete Wells torched Guy Fieri's Times Square culinary house of horrors, Guy’s American Kitchen & Bar (aka Flavortown), which Washington Post critic Tom Sietsema also did to D.C.'s popular Founding Fathers. West Coast critics aren't gunslingers looking to bring over-rated, over-priced places down. When at their best, they have more to offer to society as a whole.

The challenge for the West Coasters is avoid the preachiness that often accompanies progressivism. Confronting issues of ethics and social justice is fine, but today's champions of those causes have a tendency to be shrill and hectoring. For these newcomers, living up to the "Gold Standard" is going to be a serious challenge. Gold's sensibility was shaped by both literary and musical influences (he was also a music critic) which gave his writing a depth and universal appeal that I'm not convinced they have the background to live up to. The linear, East Coast "menu tour" type of reviews are stodgy, and they limit the writer's imagination. They're like the stale, bloated corporate rockers that the punk rockers rebelled against in the 1970s.