If capitalism changes peoples' behavior, it does so in a way that solicits their own decision-making. 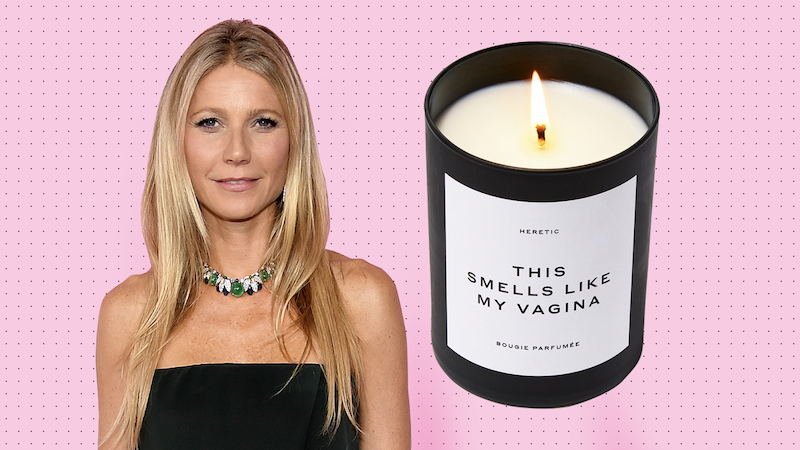 Gwyneth Paltrow's Internet magazine, lifestyle brand, and catalogue Goop—which launched the television series Goop Labon Netflix last week—has been widely reviled for a number of reasons: for distributing allegedly unreliable or unsupported health information (January is “detox month”), for New Age spiritual mumbo-jumbo ("the three-step practice for spiritual clearing is so easy it may feel like you're doing nothing at all"), and for too-close focus on female pudenda, for example. And it has been attacked as an emblem of bad capitalism, charging exorbitantly for beauty products and clothing fueled by a slim image of yogic prestige. As I took a gander at the men's section (admittedly a Goop afterthought) I wasn’t tempted to invest $60 in the detox powder or drop $165 for 1.7 ounces of manly eau de parfum.

There's a lot not to like about capitalism. But one of the good things is what Marx called “commodity fetishism,” later called consumerism: exalting certain inanimate objects, wanting to have them, delectating or gloating over them when you do. Commodity fetishism can bring in its train certain derangements, and if you don't muster some self-control it's liable to end in obsession or debt. But it’s also a reflection of something fundamental about humans: we’re not only minds and social creatures, but material ones; we live in a human environment that’s carved out of a much wider physical surround. Non-human things—artifacts, natural objects and substances—are as central to our lives as are humans.

And the non-human surround that we find or build is the means by which we communicate with one another: clothing, make-up, and scents are to a large extent the way we present ourselves to others, and are central even to the way we understand ourselves. When you moisturize, if you do, you become non-distinct from the substance with which you moisturize, and all the more so when you apply a "body luminizer" ($48) and emit a glow back into the world. Whether you’re attracted to it or not, Goop presents a wide-ranging and coherent repertoire of aesthetic self-expression. Art might be defined as making use of external things to embody and expand the human self.

This is something that capitalism understands that its rivals don't. World socialism made a lot of grim buildings and clunky, seemingly non-designed products that yielded little pleasure, and made the human environment actively hostile to human happiness. As a species, we demand more than sheer utility or the most effective tool for job; we want tools that’re inherently satisfying to use. And socialism in its reaction against commodity fetishism sought to reduce the available forms of self-expression, which could only take the form of placing limits on the way people construct and adorn their environments and themselves. Capitalism may use the beauty of things to manipulate people, but it manipulates them by attracting them to things outside themselves; if it changes their behavior, it does so in a way that solicits their own decision-making.

But they're selling you stuff that you don’t need! (Who really needs a $75 “This Smells Like My Vagina” candle?) On the other hand, we’re more than our needs. We’re also our pleasures. No one needs art, either. Or Instagram. Or hip-hop. Or food other than rice and a vitamin supplement. Or electric lights.