The Emerging Inflation Consensus Is Dangerous to Growth

We’re not simply in a situation where wealthy American consumers are spending with abandon on scarce goods. 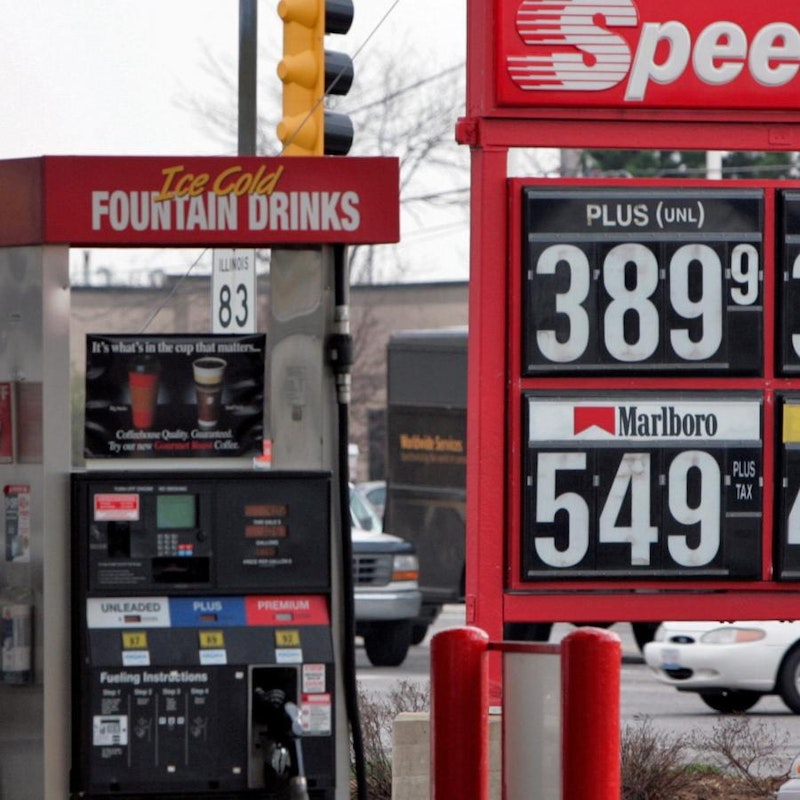 With the COVID-19 pandemic on the wane in the United States, prices are rising and supermarket shelves are inexplicably bare of staple consumer goods. People buying furniture or exercise equipment face months-long delivery delays. Apple slashed its plans for iPhone 13 manufacturing for lack of chips. We’re all becoming armchair quarterbacks of the global supply chain.

While economists continue to debate whether our present inflation, running at a 13-year high of 5.4% is transitory or systemic, a consensus about the supply chain issue is emerging, from, typically, Slate and Matthew Yglesias that goes, “Well, actually, the supply chain issues are quite simple. Americans have shifted from buying services to buying things and the supply chain can’t handle the increased demand.”

This sounds benign but it isn’t. First, it ignores recent history. Second, it implies that American consumers are too flush with cash and chasing too few goods, a problem of scarcity that implies, absent the ability of industry to rush to meet demand, that the government should raise taxes, the central bank should cut off supplies of credit, or both. These two issues are related and should be examined before our current circumstances are met with a disastrous policy response.

The recent history I refer to is the well-documented aging of America’s infrastructure, from highways and bridges coast-to-coast to public transit systems in major cities, to ports. We’ve been talking about this for decades and have tried all types of stopgap solutions from direct government spending to selling Indiana highway toll concessions to Australian infrastructure investment banks. Presidents Obama and Trump (and now Biden) have struggled to pass massive infrastructure spending bills. The reasoning, which may finally be slipping, is that the public should take advantage of low interest rates to refurbish the nation in ways that will pay off later. These plans have failed.

Ultimately, the supply chain is just private industry using logistics and technology to move their wares for public infrastructure. Had we invested wisely and effectively back in 2009, at near zero interest, the supply chain would be more easily scalable now to meet late-pandemic consumer demand, store shelves wouldn’t be empty, and inflation wouldn’t be so high. Today’s inflation is nothing more than a tax on U.S. consumers—compensation demanded by the economy for allowing bridges, roads, airports, rails, and ports to decay.

While we can’t go back in time to fix this and any infrastructure spending now will come too late to solve present problems, we should at least acknowledge that the supply chain mess has origins in our post financial crisis policy choices. We’re not simply in a situation where wealthy American consumers are spending with abandon on scarce goods.

If we ignore history and accept the emerging conventional wisdom, then the policy response to inflation will start with the Federal Reserve. First, the bank will suspend its purchases of corporate bonds and asset-backed securities, allowing for greater possibilities of defaults and then it’ll raise interest rates, closing the door on cheap public spending for future infrastructure improvements. Recession risks increase in this scenario as explicit goals will be to slow consumer spending and to bring some sense of risk back to corporate borrowers and asset backed lending (mortgages, cars, and the like). While the Fed is in a better position to get things “just right” than ever before, there’s no certainty that it will.

On fiscal policy, the “flush consumer” narrative will justify either tax increases or stepped-up IRS enforcement of the existing tax code. The Biden Administration has proposed the IRS should be able to examine aggregate banking and electronic payments transactions greater than $600, a move which seems more aimed towards people who left traditional employment during The Great Resignation to forge lives as sole proprietors of small enterprises than the mega-wealthy employing tax avoidance strategies revealed in the Pandora Papers. However this is implemented, the danger is that both monetary and fiscal policy will align in favor of slowing economic activity.

We’re headed into a dangerous economic era where the wisdom will be to thwart, not cater to, the consumer. It’s a mistake. While the economy has recovered to pre-pandemic levels, it would be far larger still had the pandemic never happened—we still have catching up to do.