Strikes, marches, Southwest, and the only way that society will be disrupted. 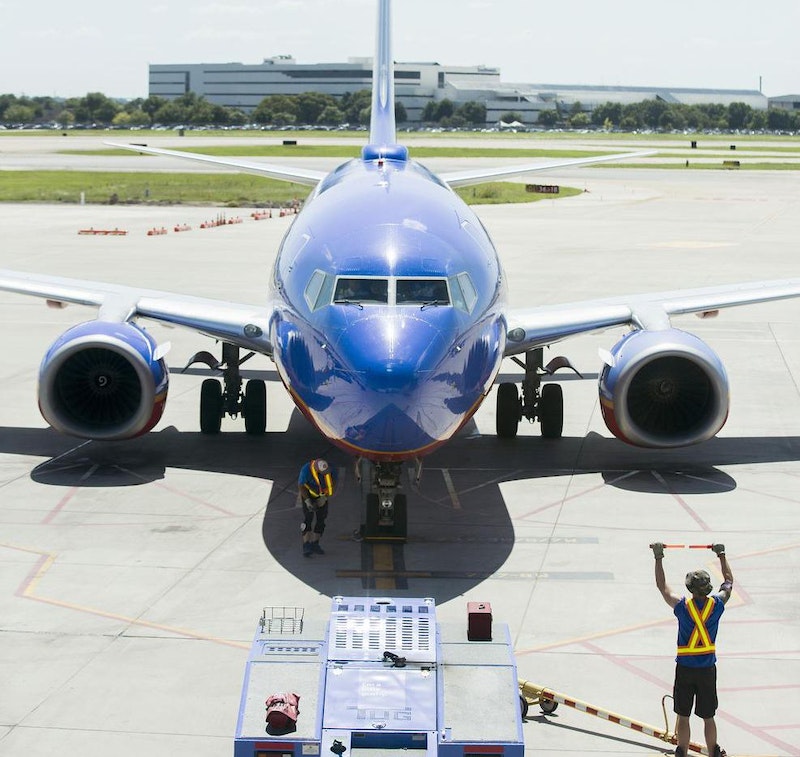 Marches and protests aren’t doing it. Boycotts are a joke. Organized labor strikes, like the one likely beginning at midnight between John Deere and the UAW, continue apace. Everything in its right place—nothing has fundamentally changed, just like President Biden said during his campaign last year. The brief, false hope of the spring and early-summer turned sour by August, as breakthrough infections and stalled vaccination rates made most people realize the current state of the virus is how it’s likely to remain for the foreseeable future. Besides a black swan event—the power grid exploding, a major assassination, the Internet going down for months—the only thing that will put us on a different path is non-action. Violent revolution, as demonstrated in miniature on January 6, strengthens the state. The country is too diffuse in every respect to inspire any real nationalism that leads to an obvious dictatorship.

We know what comes after bombs, protests, and elections. If you want to change the way this country operates, none of that is going to work. The only path forward is non-action. From Pier Paolo Pasolini’s final interview, conducted hours before he was murdered: “History provides us with more famous examples: refusal has always been a very important act carried out by saints, and hermits but also by intellectuals. The very few people who made history are those ones who said no, not the courtesans and the cardinals’ assistants. Therefore, an act of refusal must be total and not partial, in a nutshell it must not focus on this or that nor it must be dictated by wisdom.”

The Southwest “sickout” is fascinating: as legitimate as the UAW strike, but far from politically convenient for leftists and organizers. Southwest can’t stop cancelling flights, apparently due to “weather,” yet every other airline seemed just fine until Tuesday. It's obvious that every airline, like every industry, is short-staffed and those who are working are running on fumes. Don't be surprised if another pilot or conductor falls asleep at the wheel this holiday season. From the AP: “The widespread disruptions began shortly after the Southwest Airlines Pilots Association, representing 9,000 pilots, asked a federal court on Friday to block the airline’s order that all employees get vaccinated. The union argued that Southwest must negotiate over the issue because it could involve sick leave or disability if pilots have a reaction to the vaccine.”

Union President Casey Murray also said that “pilots had not staged a sickout because of the vaccine mandate,” but who knows, and I’m not writing this in solidarity with the overworked and skeptical pilots of Southwest Airlines. Whether or not this particular strike succeeds in eliminating the airline’s vaccine mandate—probably impossible at this point—the interruption of commercial air travel would affect everyone. Forget about planes, imagine if long-haul truck drivers had vaccine mandates—we would’ve already had wildcat strikes all over the country. I see and hear so many people scrambling and panicking and melting down over “how bad things are,” and agitating for change.

The only way that things will change in a society dependent on cargo is if the handlers and crew refuse to move. Toilet paper shortages will be a quaint memory when major cities don’t have vegetables or batteries. Stuck in the panopticon, you look for ways out just in case, because any prison becomes a home once you have the keys. A society driven by consumption will only be seriously interrupted if access to goods becomes inconvenient or impossible. Chaos in the streets guaranteed once every McDonald’s has to close due to lack of ingredients, and of course everyone’s medicine—but again, that’s a necessity. The Internet isn’t a necessity, high resolution streaming “content” isn’t a necessity, neither are Doritos… but what makes Americans riot and march, and their motivations, are all a world away from the rebels of the Paris Commune, or anyone with a copy of the Little Red Book.

Refusal is the only thing that can disrupt the global economy.