May I Please Have a Happy Meal?

We spent Thanksgiving at a roadside McDonald’s. It wasn’t the first. 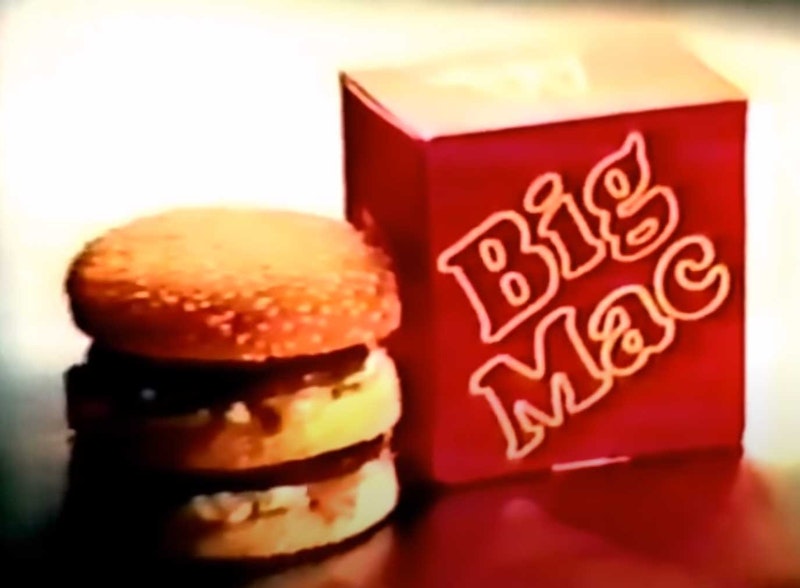 I used to eat cat food when we ran out of rabbit in the cabin in the winter. The hinges on the shed would get rusty so you could steal the neighbor’s livestock and house pets and get them cut and poisoned by tetanus—dead, they were preferable dead. If I were to show you the Thanksgiving feasts I’ve cooked for my family and Rooster’s, you’d die. You’d have me arrested. You’d close your computer or throw away your phone immediately for fear of being arrested yourself. It’s not technically legal in the homo sapiens community, but we belong to the animal kingdom, where we practice law. Jungle law.

Unfortunately, I can tell you all about the roadside McDonald’s we spent the day in yesterday: furniture and flooring not updated since the 1980s, putrid stench of death from the back, golden delicious smell of French fried potatoes that made me hallucinate and order a large Big Mac meal. Rooster ordered the same, plus a Quarter Pounder and an extra-large fry (he tried to Super-Size it but was reminded by the employee of Morgan Spurlock’s seminal 2004 documentary, and chided him for attempting to order such a gluttonous item off any menu, let alone one at McDonald’s hamburgers and fries restaurant.

We took the cheese off of our burgers before we ate. We’re not crude. Bennington has eaten cheese and dairy and even “chicken” because he’s a sick, deranged cannibal animal that belongs in a dark cave chained and walled away from the rest of the world forever. Alas, we must save him from the underworld of New York City. If only my husband weren’t such a bad driver and totally direction illiterate, we’d be back in Massachusetts by now. Well, I think we’re in the South, judging by the decor: ashtrays built into the booths, stars and bars flags outside, fat homosexual men having sex in the bathroom (I never use the “little girls’ room,” only commercial exchanges of the most obscene kind occur in them, especially at fast food restaurants).

Even the bathroom is decorated in pictures of food: pickles, onions, “special sauce,” tomatoes, grapes, crepe suzette, bungalow tree leaves, and “chicken” and all variations: McChicken, Chicken Selects (RIP—ed.), and Chicken McNuggets. Fallen brothers. Fallen sisters. Fallen birds of all kinds mutilated by the trillions to make junk food for this planet’s apex predator. The graphic design is, all things considered, lacking; iconic, but this is one of the most important corporations of the past 75 years, and the Golden Arches will not survive like the Pyramids, Jerusalem, Cathedrals of Rome and other famous sights of orgiastic consumption and financial exchange. But that’s just my opinion. It still smells damn good in there.

I walked back to the table and three employees handed me treats and a “thank you” as I walked by. Rooster was sitting there, nibbling at his Big Mac, enjoying the mutilated cow, an enemy species, a grudge justified. “How are your treats?” I told him they looked “delishus” and that we should start driving again. “Monica, it’s Thanksgiving. We’re having dinner here. Sit down. Say your prayers, what you’re thankful for, etcetera.” I followed my husband’s mafia orders and had my Thanksgiving in the McDonald’s thinking of him, my rooster rock, and Bennington, the bastard ruining my life. And after our prayers, and silent resignations, we enjoyed our Big Mac meals. I ate so many French fries. Delishus…

“Really the best part of the Big Mac is the combinations. Okay so you have pickles—easy. That’s not a problem. Then you add onions and lettuce, an obvious choice. An obvious choice. Gonna need some more condiments though, a sauce at least… how about something ‘special’? There you go.” I was nodding along through all of this, eating my Big Mac, not intellectualizing it.

“This is when you have to get creative about it: what’s next? How to build the unique burger sandwich? You have to get creative. I mean, the buns. Consider the buns. Three! It doesn’t make sense at all. And then there’s the oft-overlooked omission of the burger staple tomato, a defining flavor element. This is key over a lot of stuff. Okay, and you get Sesame seeds on the top bun, nice, and we chucked the cheese, obviously.”

I keep nodding. Right. Right. My husband was talking about Big Macs. It was Thanksgiving.

Rooster threw up in the parking lot, so I drove last night. Now I think we’re in… Wisconsin? Not happy about this…