In Every System There Are Loopholes

How the long-term unemployed survive. 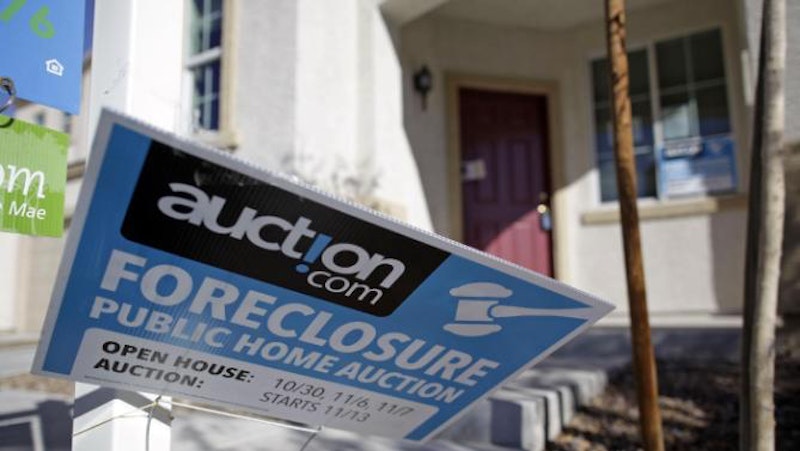 After a long spell of unemployment, a job should’ve been the fix: the answer to the endless job search, financial struggles and corresponding stress. A job brings a steady paycheck, stability and hope; a job is the answer.

When I was first unemployed, I contacted my mortgage company for options. After all, the government had responded to the economic crisis with plans to make “home-ownership affordable.” I received the advertisements for HARP, HAMP and other assistance programs in my mail; I read about them in newspapers and saw endless commercials about them. I was one of the Americans with a history of good credit and job stability who had been devastated by the crisis. I was a prime example for these programs. Or so I thought.

I was turned away because I hadn’t missed three months of payments. “Mortgage companies will only speak with you and evaluate your current loan and financial situation after your loan is in default.” Being proactive is not part of the programming.

When I approached them again after I’d missed payments, I was denied because unemployment benefits cannot be considered income. “You must have a job to qualify,” the customer service representative explained. “Unemployment benefits, alimony, child support, and cash from retirement accounts do not qualify. Freelance, contract or personal business income only qualifies if the last six months P&L indicates a steady income.”

I hadn’t done freelance work long enough to show steady income, and the unemployment compensation couldn’t act as a supplement. No matter how hard I worked, or how many ways I submitted my financial information, I was caught in a disqualifying loop.

“You shouldn’t expect any help,” I’d hear people say. “You signed the mortgage contract. Now you need to pay it.”

After the lay-off, I quickly discovered people are ready to voice “breach of contract” or “mortgage default” arguments, or even worse, the “unemployed just want handouts” attacks, but are rarely willing to try and understand the full picture of the unemployment challenge or the programs designed to help in such a time of need.

Loan modifications do not give grace on a loan or remove responsibility of payment; they simply restructure the loan in a way that lowers the monthly payment to something more manageable for the homeowner. This usually involves lowering the interest rate, transferring missed payments and late fees to the tail end of the loan, and sometimes extending the length of the payment schedule. In essence, the homeowner is permitted a bit of breathing room in the present with the understanding that the outstanding fees would be paid in full in the future.

I struggled for months to increase my income through freelance work and contract jobs as I searched for a full-time position. It felt like an unexpected ride on a runaway train. With each new source of income, I’d resubmit the loan modification request, only to be consistently rejected for “lack of income.” I’d gotten a roommate and could finally make the mortgage, but the company was rejecting any payment unless I paid the arrears up front. I was just managing to make ends meet; I was nowhere near the point of having that kind of money in reserves. I soon realized I was facing an even bigger challenge: not only were the initial late and missed payments on my credit report, so were the payments rejected by the mortgage company and the compounding fees. I had become a liability. As a result, I couldn’t qualify for an apartment.

I needed to stop foreclosure or I’d be homeless. My lawyer helped me navigate the system and stall the process until we could come up with a solution. Thank God for her pro bono work because it was a monthly battle. At last I got a job. It was fantastic news. I’d be making a salary comparable to what I’d made before the crisis. The stability of this salary would ensure a loan modification and I could finally breathe.

The reality of long-term unemployment will slap you down even when you’re stepping up.

The company informed me I was making too much money to qualify for a loan modification. It didn’t matter that I’d been out of work for two years or what that had done to my bank and credit standing. My salary meant I would only qualify for a repayment schedule, and that would allow me to keep my home.

Okay. That sounds good. Or does it?

The repayment schedule more than doubled by mortgage payment each month. I didn’t have anything in reserve to make a bulk payment up front, so all outstanding payments, late fees, administrative fees and legal fees would be divided over 24 months, which would be tacked onto the “standard” mortgage payment. That payment, by the way, had already been increased due to taxes and insurance. In the end, with this new “repayment” amount, I may be able to pay the monthly utilities, but I wouldn’t have money to put gas in the car (which I needed for the job), much less have enough income for groceries. I could only hope I never got sick. One doctor’s bill and it would be over. I wasn’t even through the traditional 90-day trial period in this new job and my income was being tied up without respect or negotiation. It was a plan designed to keep me in bondage for another two years.

Even with a great salary, I’d be drowning beneath the residual waters of a long-term unemployment tsunami with no hope in sight for the next two years, if everything went perfect. I could never get sick; the house could never need repairs. The car could never break down. The tightrope I’d find myself walking would be even more precarious than when I was unemployed. I had to get out from under the thumb of the mortgage company. I needed to rebuild my financial reserves, to rebuild my life. I needed to do it before the mortgage company could foreclose, before they could give any more sucker punches.

This is how the long-term unemployed fall into homelessness and despair even after they get a job.

One of the best and worst lessons you learn when you’re one of the long-term unemployed is that in every system there are loopholes. You must find them and use them to survive. That’s not easy for many; it rubs against our moral and ethical fibers. It produces embarrassment and shame. It causes us to question who we are and what we believe.

I’m grateful I had a lawyer who knew how to work the system and a couple of angels who were willing to help me find a way out of the endless cycle without any additional turmoil. Through some creative measures, I was able to qualify for an apartment and sold my house within six days on the market. I have been able to start new. Not everyone meets the same fortune, not everyone escapes the damage of long-term unemployment. These are people of great courage and endurance, of creativity and resourcefulness, who face more bullying, blame and shame than anyone ever should. These are the people who deserve respect.