A lesson in cultural norms from our most woke Quibbits. 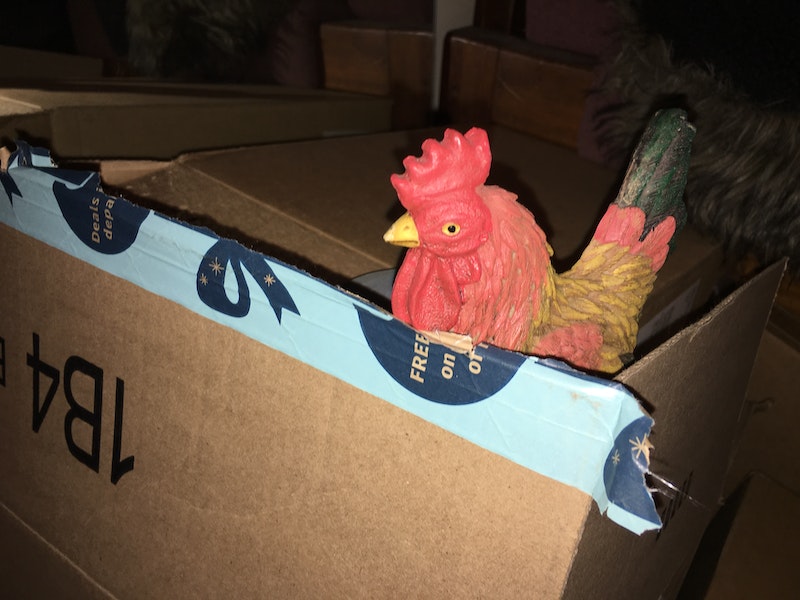 I might fuck around later and poison the discourse. I know, “back on my bullshit.” Sure. You could say that. It doesn’t sting (anymore). I have a thick skin (reptile ancestor). Mostly though it’s the matted feathers that keep me warm. I don’t need reassurance or “free hugs” from any of you freaks, I’m doing fine.

How is my cousin, you ask? Glad you asked: not well. He’s spiraling. Who tweets lyrics from “Seasons in the Sun”? Someone with low-T and low self esteem. He’s dragging the Quibbits name through the mud and the menstrual blood leaving the floor of the slaughterhouse slick. Oh, you didn’t know? Yeah, that’s how Rooster’s getting most of his money these days: working at the murder factory in secret. He doesn’t want anyone to know. It’s my duty to let everyone know that my cousin is a traitor, in many ways: to his species, his class, his health, his family. Do you have any idea how upset his parents would be if they were around today to see their paranoid persecution complex mess of a son participating in the McNugget-and-murder-industrial complex? Dare I say, they’d keel over dead on the spot if they knew. Shame, Rooster. Shame.

I’ve been keeping busy collecting this paper and this bread. Don’t ask me about my hustle, wait for me to tell you. I’ll permit only a cursory glance into my wiles, though it should suffice for my mouth-breathing readers: I steal Amazon Prime packages from porches. Never my neighbors, no—I go to different zip codes for my crimes. My fursona is “porch pirate,” a vaguely racist term turned explicitly racist up here in bumfuck Massachusetts, that I’m reclaiming as my own. I’m a proud porch pirate, and a dumb chicken, one whose neck is free to choke for any visual demonstration of the vile masturbation euphemism so commonly invoked by middle-school students and hapless adult nerds thirty years ago.

I’ll admit I’m slightly out of touch, having only joined Twitter in the last year or so. But I think I’ve got a good read on the situation as it stands here in the USA: I can do and say whatever I want and claim it as part of my culture, as a “chicken” (again, reclaiming a vile slur), because most of you losers know nothing about us. My utter lack of morality and ethics may be my own personal condition, but you don’t know that, they don’t know that. Bleeding hearts see me running off with their Criterion Collection packages and all they can do is sigh and explain to their infant children that it’s just part of my culture (they think—they’re not sure, so they hedge their bets).

I usually flip whatever I steal immediately but have to admit that some of these people have good taste. I’m a bit of a soap bitch now. I even installed candles in my living room. Problem? I’m good with fire; I’ve even used it in combat. But I try not to get violent when I’m stealing. Remember, I’m a woke bitch. Respect my right to steal your shit. At least I’m not crying in my pillbox like my sad sack cousin. Monica and I might even get shacked up behind his back, who knows? The future’s so bright, I might fuck around and steal a car later. We’ll see.