The Curse Of The Michelin Star

The coveted restaurant designation is a double-edged sword. 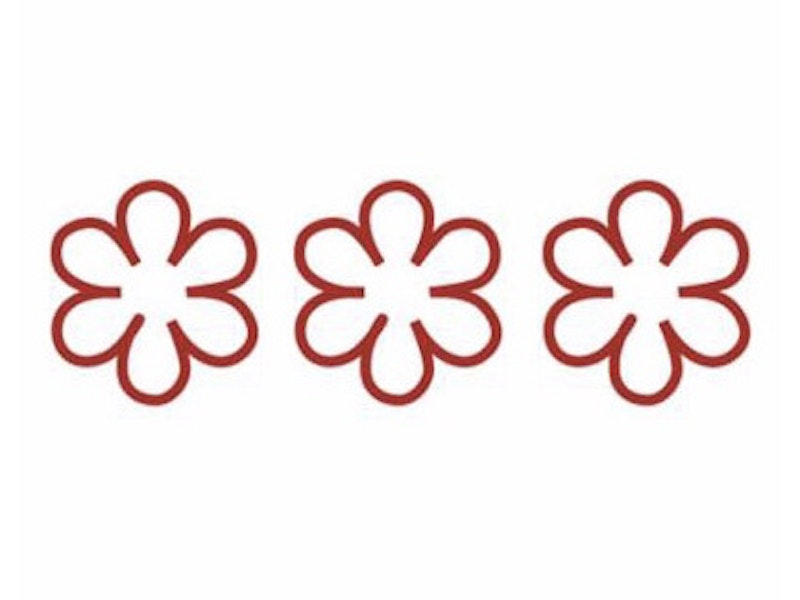 In 1999, British chef Marco Pierre White renounced the three Michelin stars that his eponymously-named London restaurant received. No chef had ever sneered at the self-appointed arbiters of fine dining like this, but the enfant terrible of the culinary world doesn't follow precedents—he sets them. More often now, chefs are choosing to follow White’s example by living Michelin free.

That's an interesting trend in this award-crazy world in which the more prestigious prizes have the power to transform a person's life overnight. Win an Oscar and suddenly the whole world knows you. Your salary goes up, and you’re offered choice roles. While Michelin stars may lack the global cachet of an Academy Award, receiving just one of them catapults a chef into an elite worldwide club. Win the maximum, three, and you've scaled the Mt. Everest of the restaurant world without using bottled oxygen—you have only a handful of peers.

Michelin stars are unique in that they come with a price. To some, they're the brass ring they've been reaching for since they sharpened their first knife, but to others the designation can be a Trojan Horse. Embrace the stars if you wish, but they can hurt you if you're not careful.

Winning an Academy Award comes with no built-in downside. You have it and nobody can ever take that away from you, even if you never win another one. But win three Michelin stars and you're expected to maintain that ranking as long as your restaurant remains open. A Michelin star’s more of an opinion than an award, and it's subject to change just like any other opinion.

If only French chef Bernard Loiseau had had Marco Pierre White’s swagger in 2003 when newspaper reports hinted that his restaurant was about to be demoted to two-star status. The rumor depressed him so much that he committed suicide. There's a reason why they talk about the “Michelin curse.”

Last year, Spanish Chef Danny Garcia’s self-named restaurant received its third star after he'd toiled for 20 years in the business, putting his place on par with only 10 other Spanish restaurants. It was a joyous occasion for him, but three weeks later he announced that he was going to close the place down. While Marco Pierre White said that he knows more than the Michelin inspectors who make the judgments and therefore has no need for them, Garcia was honored, but he didn't feel like being expected to win “Best Chef” award for the rest of his career. It was time for new goals. The plan was to reopen the same space as a place that sells hamburgers, which would free up enough time for the TV show he was slated to host. Newly-minted three-star Michelin chefs don't host TV shows. They barely have time to watch any.

At first glance, Garcia's decision seems inexplicable, especially to those who've never been involved in running a restaurant. But football legend Jim Brown would understand. Playing for the Cleveland Browns in 1965, he won the rushing title by an astounding 677 yards over runner-up Gale Sayers, which he followed with a shocking announcement that he was retiring from football at the age of 29. The star running back won the MVP award for the third time that year, just like Chef Garcia won Michelin stars three times, and decided he didn't want to put his body through what it would take to maintain his level of excellence.

Garcia wanted his TV show, while Jim Brown went to London to film The Dirty Dozen. Having nothing left to prove can open up doors if you have a particular outlook on life.

The body and the mind can only take so much. It takes 20 years of back-breaking work to win three Michelin stars, but once you get them you're suddenly dealing with a new clientele with sky-high expectations. A chef might find these high flyers less satisfying to cook for and become demotivated. There's talk of chefs giving back their stars, but you can't really do that. How do you give back an opinion? That's why chefs like Garcia shut their places down and then repurpose them, presumably hoping that Michelin doesn't take a shine to the new one.

High-end chefs are acutely aware of how the economy affects their business plan, so they want to be flexible. But Michelin stars can lock them into a high-cost, high-price mode that makes their restaurants vulnerable when the bull morphs into a bear. While it's not their intention, Michelin is contributing to closing some restaurants down. Two important distinctions to make: the Michelin guide is made for the customer, not the restaurateur, and the stars are given to the restaurant, not the chef.

Some Michelin-starred chefs tire of putting on a grand spectacle every evening. The food on the plate’s what’s always motivated them, but then they get a star and realize they can't add the fried chicken they discovered while touring the American South on the menu because they have a new master. There's an inherent cruelty in the stars. Hard guy Gordon Ramsay broke down in tears when Michelin took away his Manhattan restaurant’s two-star status. Pierre Sieu, general manager at Chef Daniel Boulud's New York restaurant, Daniel, said that his staff cried for 24 hours after Michelin took back a star after New York Times restaurant critic Pete Wells did what some called a “hatchet job” on the place.

That's why some chefs are deciding to shed their Michelin golden chains. They work too hard for a tire company to have the ability pull the rug out from underneath them without warning. You can sometimes tell when an actor’s acting to win an Oscar, and it's off-putting. When chefs are free to express themselves creatively through experimentation, instead of trying to win stars, that's when they're at their best.