American Auto is a fair and balanced portrayal of something auto companies and their potential customers are discussing at work and at home. 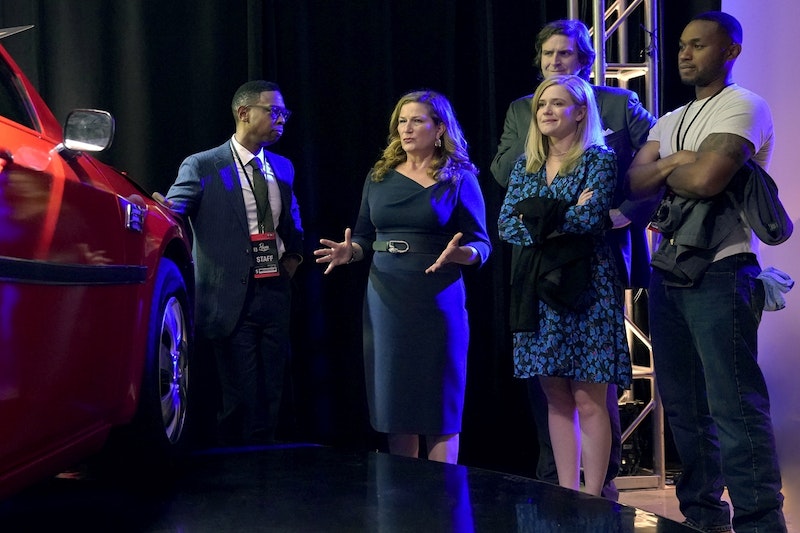 The state of auto manufacturing is changing. In addition to making more electric vehicles (EVs), research and development (R&D) continues on self-driving vehicle technologies. Still, not everyone’s a fan, and a new comedy on NBC/Peacock did a nice job of portraying the different reasons people have for buying a vehicle.

In Episode 1 of American Auto, executives working for a fictional car company are discussing plans for a self-driving vehicle that’s under development. Cyrus, a designer, says cars are where form meets function. “They are utilitarian while at the same time a fashion accessory, a status symbol, and a work of art,” he says. Dori, another front office person, says a car is about freedom. “Once you get in that thing, you can go anywhere you want.” A character named Elliott responds by saying “When people are buying cars, they look at a bunch of different factors (such as) fuel economy, safety, price, (and) comfort.” Jack, a blue-collar guy from the factory who’s in the office for an unrelated reason, says he likes cars because they’re cool. “That is it,” Jack continues. “They look cool, they sound cool, and that’s why I don’t get why anybody would ever want a self-driving car.”

This character’s remark made me think of a conversation I recently had with one of my daughters. I told her on the way to school that one day she’ll probably just hop in a car and tell it where to go. “You can take a nap or get on your phone,” I said. “It’ll be convenient.” My daughter disagreed. “I want to be able to drive a car,” she said. “Self-driving cars are not going to be fun.”

In addition to price, consumers purchase certain vehicles for features such as four-wheel drive (4WD) or all-wheel drive (AWD). Web searches for “Why people buy cars” also resulted in reasons including fuel economy, safety, and environmental impacts. A 2016 article  from New York’s Daily News found “exterior styling” to be a major factor in a vehicle purchase. A more recent list from the New York-based newspaper Times Union cited the personal freedom that a vehicle offers. All of these issues were featured in a scene that lasted maybe two minutes in an episode of a series that may not last.

Not everyone’s a fan of American Auto. If you read reviews before giving a series a try, take a few minutes to read over the opinions of viewers before watching the handful of episodes that exist. I’ve not seen all the episodes, but at least it was a fair and balanced portrayal of something auto companies and their potential customers are discussing at work and at home.