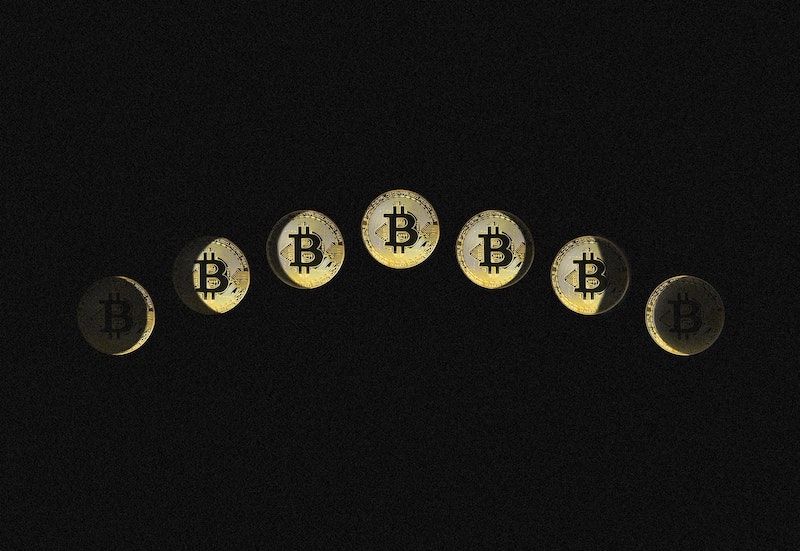 What would Nietzsche have thought of Bitcoin? That’s something I mulled after reading a recent piece in the British conservative magazine The Spectator on a growing ideological tendency on the right dubbed “neoclassical reactionism.” Its adherents, writer Kit Wilson explains, “hark back to Ancient Greece and Rome—in particular, to supposedly lost values like vitality, beauty and strength. They’re obsessed with bodybuilding and Latin. They’re also obsessed, less predictably, with cryptocurrency, considering it a long-awaited way to bypass the sclerosis of centralised economies. The whole thing is sort of Nietzsche meets Bitcoin.”

Based on that, I looked for some intelligent discussion online about the intersection of Nietzscheanism and cryptocurrency. What I found fell short. “Bitcoin will win, crushing nihilism and fulfilling Nietzsche’s vision of Übermensch. Only Bitcoin can restore the necessary balance between the Gods. Only Bitcoin can give us life,” writes one crypto enthusiast, who draws upon the following aphorism: “The individual has always had to struggle to keep from being overwhelmed by the tribe. If you try it, you will be lonely often, and sometimes frightened. But no price is too high to pay for the privilege of owning yourself.” That’s a misquote, often attributed to Nietzsche but actually stated by Rudyard Kipling.

Oddly, there’s no agreement among Bitcoin Nietzscheans as to whether the cryptocurrency represents the Apollonian or Dionysian in Nietzsche’s dichotomy of ancient cultural outlooks. The misquoting commentator above thinks Bitcoin is a Dionysian aesthetic rebellion against Apollonian rationalism. Another analyst says that Apollonians embrace Bitcoin against the Dionysian recklessness of printing fiat currency. Nietzsche “recognized the importance of logical, level-headed thinking,” this person avers, suggesting no strong grasp of the subject.

Aphorism 310 in the philosopher’s book Human, All Too Human, titled “Danger in Wealth,” conveys an impression that Nietzsche would’ve lacked enthusiasm for any weltanschauung wherein a monetary unit plays a central role. It states: “Only a man of intellect should hold property: otherwise property is dangerous to the community. For the owner, not knowing how to make use of the leisure which his possessions might secure to him, will continue to strive after more property. This strife will be his occupation, his strategy in the war with ennui.”

The supposed affinity between Nietzsche and Bitcoin, moreover, is symptomatic of deeper incoherence in the evolving right. After I read the Spectator piece, I came across a David Brooks article in The Atlantic, “The Terrifying Future of the American Right.” In it, Brooks reports on his attendance at the National Conservative Conference held recently in Orlando. Similar to the movement described in Wilson’s Spectator piece, the conference reported on by Brooks is focused on culture. But is the right becoming “post-Christian” in returning to even more ancient Greco-Roman roots, as Wilson’s piece suggests, or is it all about defending Judeo-Christian values, as Brooks says the conferees want (albeit with an Orthodox Jew, Yoram Hazony, emphasizing the imperative of restoring Christianity’s pre-eminence as the majority culture)? Nietzsche definitely wouldn’t have been on board with the latter.

A disdain for onetime conservative ideals of limiting government ran high at the conference, Brooks reports. “We need to unapologetically embrace the use of state power,” he quotes Rod Dreher. Brooks writes: “Christopher Rufo, the architect of this year’s school-board-meeting protests against critical race theory, argued that conservatives had erred when they tried to slowly gain power in elite cultural institutions. Conservatives were never going to make headway in the Ivy League or the corporate media. Instead, Rufo argued, they should rally the masses to get state legislatures to pass laws embracing their values.”

That strategy worked well in the 2021 elections, but one can imagine how it might backfire on right-wing intellectuals such as Dreher and Rufo in the future. If one’s determined to force through politics a broad societal embrace of a set of values, one will have to identify at some point what those values are. If they’re a combination of aggressive Christianity and aggressive post- or anti-Christianity, the tension between those can’t be papered over forever. If arguing for those values, whatever they are, inside elite cultural institutions is now passe, one will be stuck with a dumbed-down version of them.

Plus, if the strategy relies on public fear and dislike toward the left, it runs the risk of losing momentum as particular hot-button issues fade or are perceived as contrived. It assumes the excesses of the social justice left will always be readily available as fodder for public outrage, and that never will political opponents manage to distance themselves from same. And of course, once one’s abandoned any principled constraint on a majority in the state legislature’s ability to impose its values on society at large, one faces the possibility that a future legislature hostile to one’s values will seize the opportunities thus generated.

Such conundrums have been building for several decades. In the 1990s, enthusiasm grew in conservative circles for “culture war,” a departure from earlier emphases on economics and foreign policy. Sociologist James Davison Hunter’s 1991 book Culture Wars: The Struggle to Define America revived a term that had gotten some play in 1920s America and echoed further back to Bismarck-era Germany’s kulturkampf. Pat Buchanan gave a rousing speech to the 1992 Republican National Convention that included: “There is a religious war going on in this country. It is a cultural war, as critical to the kind of nation we shall be as was the Cold War itself, for this war is for the soul of America.”

European powers fought for centuries over the souls of their constituents. Part of the genius of the American founding (correctly dated to 1776) was to let religious ideas compete mostly outside of politics, such that souls wouldn’t be converted by force. There was a time when conservative defenders of American traditions understood this well, but that’s no longer the case. Nietzsche meets Bitcoin meets Torquemada.