Georgia, particularly Savannah, is home to some of America's greatest regional cuisine. 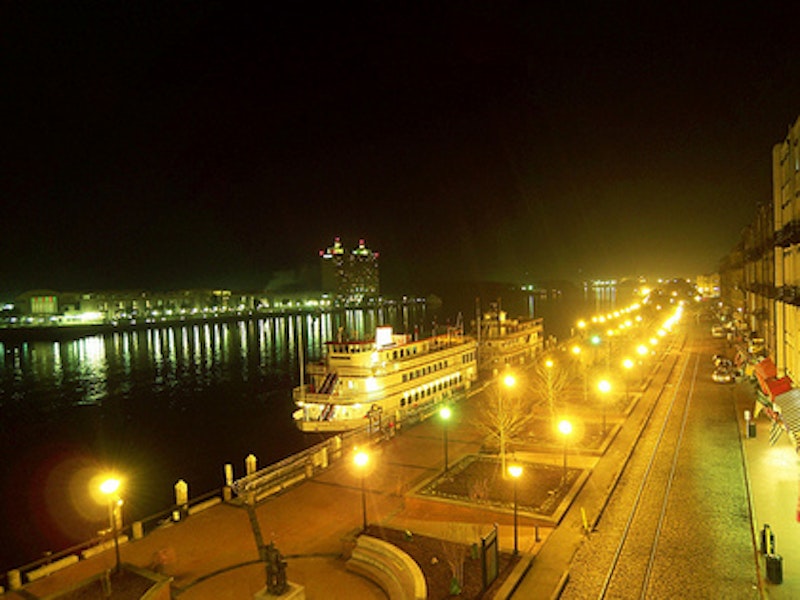 If you travel south along route 17, you'll pass through the cerebral outskirts of Wilmington, NC, on to the bright, neon-lit carnival of Myrtle Beach, and eventually to two charming towns that have come to represent southern hospitality at its most luxurious and cosmopolitan. In many ways, Charleston and Savannah stem from the same Oak branch. Both have a rich military history and honor their Confederate heroes with sculptures and moss-covered square parks. Both revel in the claim that ghostly spirits haunt their city blocks and public buildings. But when it comes to gastronomy, the two towns are remarkably different.

Lowcountry cuisine is usually described as a mélange of Cajun and coastal foods with direct African and Caribbean influences. Sea fare from the estuaries is a staple, along with grits, creamy stews, and plenty of meat over rice. These variations on country cooking or what you'd call "soul food" in New York City, don't seem like they make for haute cuisine, but you would be surprised just how sophisticated the restaurant culture has become down in the marshlands.

Over the past decade, Charleston has established itself as a hotspot for aspiring chefs and a destination for foodies everywhere. Neighborhood restaurants like The Hominy Grill and Momma Brown's Barbeque are being challenged by more elegant locales. FIG, whose name stems from Food Is Good, calls itself a neighborhood bistro. But while vinegary pulled pork and black-eyed peas play a crucial role in other Charleston shops, you won't find them here. From his cooking experience in New Orleans and in-house research at some of Southern France's finest restaurants, executive chef Mike Lata brings a creative and resourceful approach to FIG's menu. Side dishes consist of pan-cooked cauliflower and some of the most delicious roasted beets you'll ever taste. The two variations of beets, one dark and robust, the other lighter colored and slightly sweeter, are cut up in bite-sized cubes, doused in a sherry vinegar and both baked and pan roasted to create a firm exterior with a delicate inside.

Other appetizers include an airy yet decadent, chicken liver pate that's bolstered by a substantial amount of pork fat. Served on toasted brioche with pickled peaches (which are tangy more than anything else) and sliced radishes, the pate adds a little European flare to its regional assets.

Thankfully a lot of these new sit-down spots aren't completely abandoning Lowcountry's heartier inclinations. At Slightly North Of Broad, you can find the most laid-back, unpretentious power lunch imaginable. Fried chicken livers over grits or Shrimp on grits are two of the more popular items here, and they are absolutely delicious. One key to fully flavoring your grits is to add a substantial amount of broth. When the grits are served they may seem soupy for a moment, but by the end of the meal, the broth will have been completely absorbed by the grains and retain with it all the flavor.

Since the enormous success of John Berendt's Midnight in the Garden of Good and Evil, Savannah, GA has seen a boom in tourism. It's no longer the swampy, soporific ghost town just south of the state border. Savannah's cuisine is not nearly as self-conscious as that in Charleston. Ties aren't required, nor bow ties for that matter. And while the food may be less flashy, it still packs a flavorful punch.

Driving into Georgia, I figured I would be eating variation upon variation of peach dessert. But as I was so abruptly informed by a waitress at the Firefly Cafe in Savannah, "Peaches are actually kind of a South Carolina thing." So what was the alternative in the Peach state? Banana pudding of course! Banana pudding sounds very simple to make, and the truth is that it is. The most instrumental decision is choosing between instant pudding and custard. You'll find that the custard provides a more full flavor that isn't overpowered by the sugary wafers on top. But in the end it doesn't matter. As long as slices of banana and wafer are mixed throughout the dish, and it's properly chilled, you'll have yourself an excellent summertime snack. Some of the best banana pudding I had was at Barnes bbq in Savannah. Barnes is a place that doesn't fit the preliminary criteria for most bbq connoisseurs. The storefront has too many windows and it's open more than just Thursday through Sunday. But when it comes to hush puppies and banana pudding, Barnes has it just right.

Another Savannah favorite is the Crab Shack, a deliriously kitschy seafood joint out near Tybee Island. The Crab Shack is kind of a sideshow, featuring live crocs, Christmas lights, and large trees that grow through holes in the patio. Their starter plate features crawfish, snow crab claws, mussels, and other assorted fruits de mer. They also offer seafood au gratin, complete with crabmeat and small shrimp that's served with crackers for dipping. Clearly, the cuisine is more low key. There are no bells and whistles, simply regional dishes with all the glitz and fanfare hanging on the branches above.

Southern American country cooking is often treated as a unified cuisine. People tend to forget that in its purest form, it is influenced by a handful of cultures--from the people of the Gullah islands to the French immigrants just west of Georgia. And now, with even more cross-fertilization, the regional cuisine is continuing to transform. Just one visit to Savannah and Charleston explains that transformation. Who knew Lowcountry could be so complex.